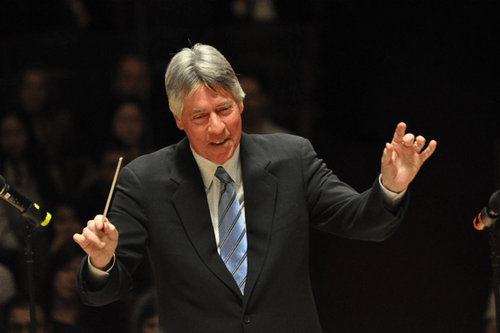 Alan Silvestri is one of the greatest composers working in Hollywood. Over a nearly 50-year career, Silvestri has consistently provided lush and strong scores that always enhance a film. Despite being shamefully overlooked by the Academy (racking up just two music nods over a long career), Silvestri’s name on a film is always a sure-fire sign of quality. He’s a master of melody, crafting scores that tug at your heartstrings and get your pulse racing, and is second only to John Williams in the way he writes music that resonates with the audience. It’s not an easy task, with the sheer quality and quantity of his work, but here’s a selection of some of his best work.

Where else were we going to start? This is Silvestri’s most iconic set of scores, with an instantly recognisable main theme and a playful vibe that matches how fun the adventure is. Listen to any cue from the score, and you’ll know that it belongs to these films. Legend has it that there were doubts about Silvestri’s ability to write a score on this scale – coupled with the then largest film orchestra ever used and a selection of top-quality themes, he proved himself to be a master. He exhibits a perfect sense of tone, driving percussion and bombast. My personal favourite is the Western-infused score to Part III, but they’re all brilliant – the Back to the Future music screams adventure and warmth, and it’s a large reason as to why the franchise remains so beloved today.

Music is good, but a great composer also knows when to get out of the way. This is the case with Silvestri’s score, which doesn’t actually kick in (spoiler alert) until Tom Hanks leaves the island, the lack of music before contributing to the feeling of isolation. The delicate string and oboe themes follow Hanks’ character as he deals with the emotional impact of returning home, and it brings tears to your eyes. This score is perhaps the most emotionally powerful one Silvestri ever wrote, and he deservedly won a Grammy for it.

This is the OG Silvestri action score, and it’s still one of this best. It’s set in the jungle and sees a group of hunters become the hunted – his score evokes this perfectly, feeling militaristic and primal at the same time. It’s based largely around two themes, an eerie string piece for the Predator and an aggressive percussive rhythm for Arnold Schwarzenegger and his team of operatives, and they do generate a feeling of tenseness. You want an action score to make you hold your breath, and Silvestri excels here with action music at its finest.

Inexplicably, Forrest Gump marked the first and only time Silvestri picked up an Oscar nomination for Best Original Score, but that’s not to say it was undeserved. The score is a beautiful one, centred around Forrest’s emotional journey, and it uses soft piano, strings and woodwinds to tell the story. There are four main themes which are sprinkled through the film, from the iconic feather and running themes to a low woodwind that hints at Forrest and Jenny’s relationship. Rather annoyingly, the film does overuse songs to an extent that detracts from the score music, but listening to it in isolation is a wonderful experience.

For this sequel, Silvestri replaced Jerry Goldsmith, and found the perfect tone for this adventure film. Silvestri’s score screams Egypt and excitement, and he composed three new themes that shine throughout. There’s little room for subtlety in a score that always leaps forward without ever falling in action clichés. It’s full of bombast and perhaps more brass than any other 2000s film, and it’s endlessly fun and exciting in a way that sums up this film. The Mummy Returns may be a guilty pleasure, but the score is undeniably great.

This film is still a technical marvel, merging a live-action noir thriller with the world of classic animation, and Silvestri’s score is the perfect fit. There’s a lot going on, and the composer juggles it beautifully, merging silky jazz music, the noir style of films like Chinatown and the zany, madcap pace of a Looney Tunes cartoon – it takes an assured head to keep a hold of all these threads, and Silvestri does it perfectly. No other composer could blur all of these different lines and make it into a fully cohesive and technically complex score, and yet also keep it so suited to a family film.

Silvestri’s Avengers theme may be the most significant piece of film music of the past decade, but I think it’s his first Marvel score that is the strongest. Set in the 1940s, Captain America needed a nostalgic action score that owed a lot to Hollywood’s Golden Age, and Silvestri delivered in spades. It’s rousing and unashamedly patriotic in flavour, propelled by brass and drums and, unusually for the MCU in this period, it features a strong main theme, which would come to define the character throughout the universe. With this score, Silvestri once again confirmed his place as the master of mixing melodious action scores with themes and character work – thank goodness Marvel kept returning to him for their Avengers films.