Universities must not offer misleading promises of normal campus life if lectures will be online as a result of Covid-19, a watchdog has said.

Nicola Dandridge, Chief Executive of the Office for Students (OfS), said that applicants must have “absolute clarity” on the structure of their course and university life before they accept their places in Autumn.

University campuses have been closed this term as a result of Covid-19, with teaching and assessment moved online.

There is much uncertainty over how institutions will operate in Autumn.

Ms Dandridge was giving evidence to the Commons Education Committee, which is looking at the impact of the pandemic on education.

She said: “What we don’t want is to see promises that it’s all going to be back to usual and an on-campus experience when it turns out that that’s not the case.”

The OfS issued a statement saying that universities should tell applicants how they will be taught by June 18, the UCAS deadline for accepting firm and insurance places, and “certainly before” the release of A-level grades on August 13.

The OfS also said that students should be allowed to “change their minds” and be released from their course choices if universities change what is on offer.

Few universities have revealed their plans for the next academic year.

The University of Manchester has said that lectures will be online-only in the Autumn term, although it intends to continue face-to-face seminars and other training.

Meanwhile, the University of Cambridge has moved all face-to-face lectures online until Summer 2021.

In a statement, the institution said that “it may be possible to host smaller teaching groups in person”, in line with social distancing requirements.

Jo Grady, General Secretary of the University and College Union, told the committee she was concerned that institutions would take unnecessary risks in the race for student numbers.

She said: “They will want to promise students that they will be re-opening next semester in order to attract those students, rather than have them go somewhere else.”

A spokeswoman for Universities UK said that universities were “already preparing for a range of scenarios – including periods of online study in the academic year 2020-21″.

“Institutions will be communicating their plans to prospective and current students in the weeks ahead.” 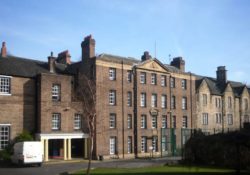 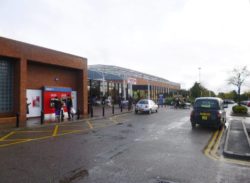