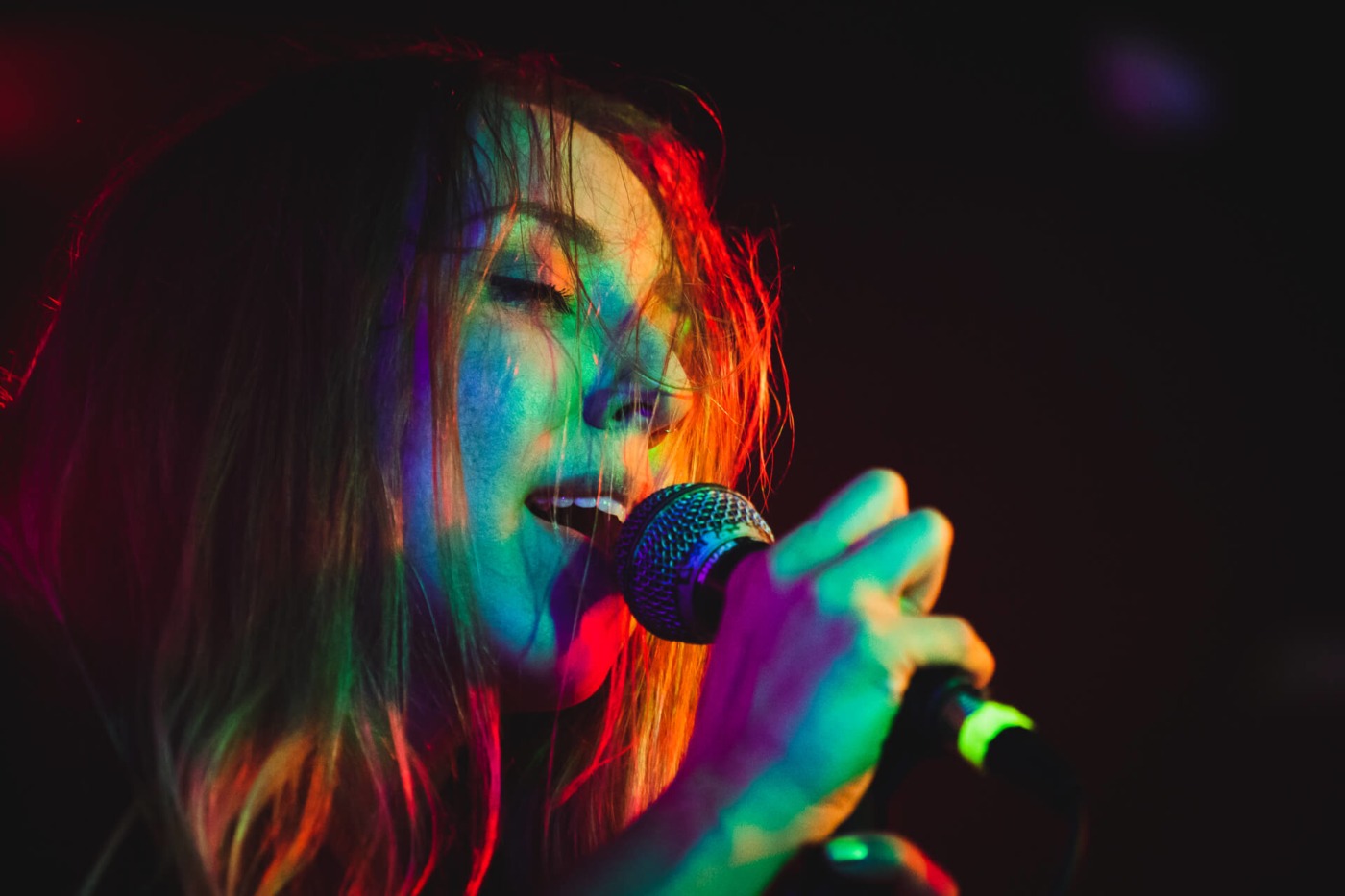 Change. It’s inevitable. Constant. Certainly necessary. And it’s something Milk Teeth have become rather familiar with in the last few years.

The band behind 2016 debut Vile Child look very different from the group now. After the departure of co-vocalist Josh Bannister on the eve of Vile Child’s release, members came and went, with only frontwoman and bassist Becky Blomfield remaining constant. Fortunately, by late 2018, the band’s lineup solidified and has been unchanged since the additions of Em Foster on guitar and Jack Kenny on drums – both already members of Watford rockers Nervus.

“Most people in our scene know that Jack is a really good drummer,” Becky explains to me over the phone. “He’s such a craftsman at what he does and he cares so much about all the little parts that make up [the music]. He will really invest the time if something’s not quite right and make it the best it can be.”

“The same with Em, she works really hard at getting the guitar tone in a way that sounds like Milk Teeth and really thought about the way her part sits in the mix. She fully got the references to The Pixies and other older alternative bands that inspire my writing.”

It’s perhaps because of these changes that Milk Teeth’s second full-length album has been a while in the pipeline – four years, to be precise. “It definitely felt overdue for sure,” remarks Becky. “I was really ready [though]. I’m always writing: I actually had twelve songs originally that were meant to be a full album between Vile Child and Milk Teeth. Those technically could have been a record but then our plans changed.”

Thanks to this long break between records, the cliché of the difficult second album never came reality. “I had too many songs and ideas going through my brain!” says Becky. In turn, the record felt more “natural”, as she puts it, to create.

The backbones of Milk Teeth’s eleven tracks, Becky estimates, were written between 2017 and 2018. “I showed them to the band when we were a four-piece and some of them had started to be progressed into full songs. But then, obviously, things changed and it was back to the drawing board. The songs were written, the lyrics were written, for the most part the melody was there and the structure was there but obviously there were different people, different ideas, different creative inputs.”

“It was a powerful move to self-title this record and make the statement of ‘This is who we are, this is Milk Teeth now”

But for all the influence that the internal changes had over the music and release date of Milk Teeth, not everything was a radical change. On the production side, this was not the case: the band recorded alongside long time collaborator Neil Kennedy.

“Neil has seen me grow up for most of my twenties,” says Becky. “I trust him and he’s really good at his job. I think that, when you’re making a record, it’s important not just to have somebody who knows production but somebody you’ll be comfortable and enjoy spending time with. It’s quite a draining process sometimes, and some days were quite hard in the studio for me especially. Having somebody that really cares about you as a person as much as they care about getting the best take out of you is always really special.”

As with Vile Child, the band recorded the album at The Ranch in Southampton. Becky speaks fondly of the comfort of recording somewhere they’d recorded before, albeit with a slight yet amusing difference. “While we were down there, we got sent to a little B&B, because there were rats, and [they had] made their way into our bedroom! It was quite funny, and it added a bit of spice to the experience!”

This formed part of the “statement of intent” behind the decision to release it as a self-titled record. “Because there’d been so much instability with the lineup and behind the scenes too, it was a powerful move to self-title this record and make the statement of ‘This is who we are, this is Milk Teeth now.”

“I’m playing much more for leisure and just for myself”

This was certainly not the case for Vile Child 2: Electric Boogaloo, mind. “All three of us always said that we’re musicians, we’re not looking to make the same record ten times over. I think [that] can be boring for bands,” Becky continues. She describes the change in the band’s sound from one record to the next as a “natural evolution, just through growing up and having different life experiences… being inspired by different things.” Ultimately, however, it is not a radical reinvention. “It still sounds like us but there are little tweaks here and there.”

The conversation inevitably turns to current events. With Coronavirus having such a detrimental impact on bands, including Milk Teeth who were forced to cancel their tour, it’s an impossible subject to avoid. Fortunately, however, Becky is in somewhat unusual circumstances compared to her industry friends.

“I got a new job about a month before all this happened for an online business [which] has had lots of panic buyers! I’ve gone from working part-time to working anywhere between forty and fifty hours a week.” Away from work, with the “alien” lack of free time she now has, she’s been trying to take time for herself as much as she can, which involves “watching a lot of Parks and Recreation!”

“People need music more than ever”

“Is music part of your lockdown coping strategy?” I ask.

“I’m definitely not in a place where I want to write anything new. Normally I’ve got a million songs for the next thing before the other previous release is out but now I’m giving myself a little bit of downtime. I’ve been playing acoustic songs and singing songs I used to listen to when I was a teenager. I think it’s a comfort thing. I’m playing much more for leisure and just for myself, but it’s been quite nice to have that break from the band too.”

In spite of the financial hardships on musicians, the UK lockdown has brought Milk Teeth an unexpected benefit. The album came out days after lockdown began, an appropriate moment in which, as Becky stated, “people need music more than ever.” And with more time to pay attention to the sounds blasting through our headphones, it’s never been a better time to find out what Milk Teeth are all about. With this record boasting some of the best songs of their career, it’s a very good place to start.