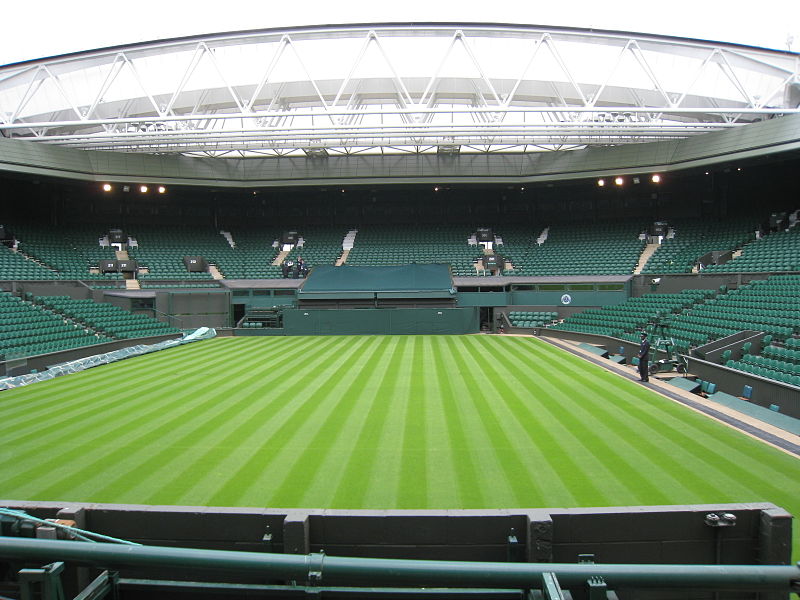 Wimbledon has been cancelled for the first time since World War Two because of the global coronavirus pandemic, following other major sporting events that have been impacted, including Euro 2020 and the Tokyo Olympics. The tournament was due to be played between 29 June and 12 July, and would have seen Novak Djokovic and Simona Halep return to defend their titles – as a result, there will be no professional tennis anywhere in the world until at least 13 July.

Ian Hewitt, chairman of the All England Lawn Tennis Club (which oversees the competition), said: “This is a decision that we have no taken lightly, and we have done so with the highest regard for public health and the wellbeing of all those who come together to make Wimbledon happen.

“It has weighed heavily on our minds that the staging of the Championships has only been interrupted previously by World Wars but, following thorough and extensive consideration of all scenarios, we believe it is ultimately the right decision to cancel this year’s Championships, and instead concentrate on how we can use the breadth of Wimbledon’s resources to help those in our local communities and beyond.

“Our thoughts are with all those who have been and continue to be affected by these unprecedented times.”

The decision didn’t have to be made until early May, but it was evident that this was going to be the outcome

The decision has been on the cards for a while – the government has advised that large gatherings should not take place, and Wimbledon normally attracts crowds of 500,000. Dealing with such crowds require attendance by the emergency services, who are currently needed elsewhere. Prior to the event, even the two-month preparatory work necessary for the event is impossible to conduct during the lockdown. The decision didn’t have to be made until early May, but it was evident that this was going to be the outcome.

The All England Club’s chief executive Richard Lewis echoed his colleagues’ comments: “While in some ways this has been a challenging decision, we strongly believe it is not only in the best interests of society at this time, but also provides certainty to our colleagues in international tennis given the impact on the grass court events in the UK and in Europe and the broader tennis calendar.”

Even though players knew it was coming for some time (Jamie Murray was stating it was likely that Wimbledon would be cancelled as recently as this morning), they have still reacted with sadness. On Twitter, Serena Williams said “I’m Shooked” [sic], while Roger Federer said that he was “devastated”, adding: “I can’t want to come back next year. It only makes us appreciate our sports even more during these times.”

There’s normally a spike in people getting involved with tennis in June and July, but that’s unlikely this year

The All England Club took out insurance policies to shield them from losses, but refunding ticket holders, broadcast partners and sponsors is likely to add up to £200 million at a minimum. Although the Club has reserves of over £160 million, it lost £12 million over the past two years and will likely feel the loss of all summer grass-court events. Only one of these events actually returns a profit, but none of them are insured against cancellation, meaning they’ll be hit with further losses. Importantly, the lack of any tennis means a lack of coverage, with huge crowds tuning in for Wimbledon. There’s normally a spike in people getting involved with tennis in June and July, but that’s unlikely this year.

The French Open has been postponed until later in the year but, as Wimbledon is played on the grass, it’s not really viable to put it on in the winter. Tennis fans shouldn’t really expect to see another Wimbledon championships until 2021, another example of how the coronavirus is continuing to disrupt mainstays of our culture.