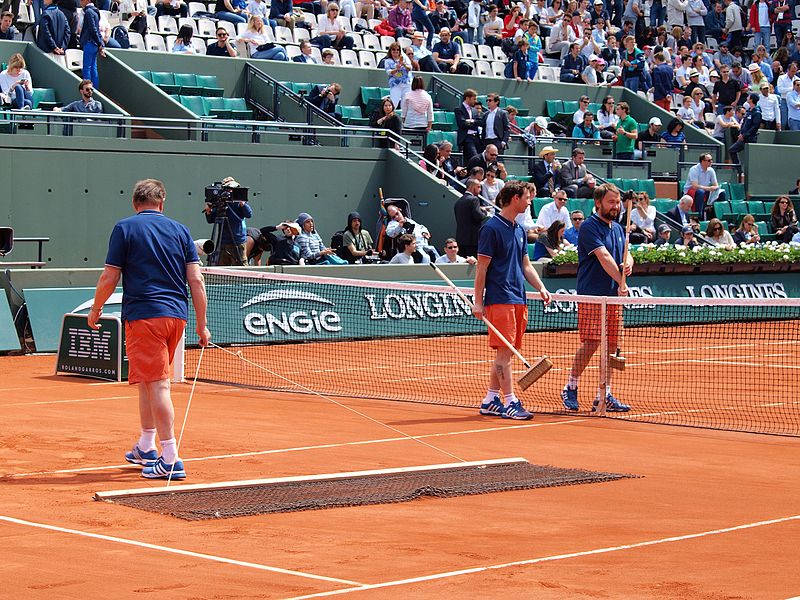 The fate of the tennis season is dependent on the escalating COVID-19 pandemic, and with the number of confirmed coronavirus cases surpassing 750,000 this week, the end of tennis tournaments as we know them is near. The ripple effects of the novel coronavirus are palpable in the reassessment of all sporting events, including the cancellation of small tennis tournaments and Grand Slam events alike.

The Association of Tennis Professionals (ATP) and Women’s Tennis Association (WTA) tours have been extended to June 7 in a joint statement, with all men’s and women’s rankings being frozen until further notice. “The challenges presented by the COVID-19 pandemic to professional tennis demand greater collaboration than ever from everyone in the tennis community in order for the sport to move forward collectively in the best interest of players, tournaments and fans,” the statement added.

The French Open, due to start on May 18 as the second Grand Slam event of the year, has been postponed to September 20. Typically following the Australian Open and concluding the clay-court portion of the Grand Slam season, this year’s Rolland-Garros tournament will take the place as the final major of the year. The new dates for the tournament clash with several other events, including the Laver Cup. Given the circumstances, the announcement of the Rolland-Garros postponement comes as little surprise, but the French Tennis Federation’s (FFT) unilateral decision to postpone the tournament until late September has sparked much debate among tennis stakeholders.

“In order to ensure the health and safety of everyone involved in the preparation of the tournament, the FFT made the decision to organise the 2020 edition of Roland Garros from 20th September to 4th October 2020,” just a week after the expected completion of the US Open, according to the FFT’s statement. Many tennis players, including Jamie Murray, reacted to the FFT’s “strong move” to unilaterally announce the postponement of Rolland-Garros “with no regard for any of the other stakeholders in tennis.”

“Strong move by French Open/FFT to move to end of Sept,” Jamie Murray posted on Twitter. “I thought the powers that be in tennis were supposed to be all about working together these days?”

Arguably, the FFT’s decision has singlehandedly shifted this year’s tennis tournament calendar more than the effects of the pandemic. The French Open’s bold move has now put the US Open at risk of being pushed back by the United States Tennis Association (USTA) as well. While the Flushing Meadows tournament is due to begin on August 31, the US Open recognises that “these are unprecedented times” which may call for the “possibility of moving the tournament to a later date.”

Wimbledon, the next Grand Slam event of the year on this year’s ever-changing tennis calendar, is scheduled to be played in the United Kingdom from June 29 to July 12. The build for the tournament is due to begin at the end of April, as the All England Club (AELTC) says it “continues to plan” for the event, albeit with a limited onsite team on account of social distancing guidelines. While the event is scheduled to be taking place as planned as of March 30, Wimbledon recognizes that the pandemic “remains a continuously evolving situation and we will act responsibly, in the best interests of wide society,” in a statement by AELTC Chief Executive Richard Lewis. “For them, optics don’t necessarily look great, I guess, if there’s sporting events all over the world getting cancelled and they’re trying to crack on with things,” commented two-time Wimbledon mixed doubles champion Jamie Murray.

An event of 40,000 people on the Wimbledon grounds would surely pose an unnecessary strain on the NHS

The final decision on the outcome of Wimbledon is due to be at the AELTC board meeting on April 1, with the possible outcomes being postponement and cancellation of the event. Postponing the only Grand Slam grass court event until later in the year “is not without significant risk and difficulty” the statement added. The grass-court surface poses yet another difficulty in re-scheduling options. With the postponement of the 2020 Tokyo Olympics, it is doubtful that Wimbledon will go forward as intended, despite the opening of a three-week gap opening up in the schedule.

German Tennis Federation (DTB) vice-president, Dirk Hordorff, predicts that Wimbledon organisers will announce the cancellation of the grass-court Grand Slam event of 2020 this week due to the coronavirus pandemic. Unfortunately, given the circumstances, it is unlikely that the cancellation of Wimbledon will be a mere April Fools’ prank. An event of 40,000 people on the Wimbledon grounds would surely pose an unnecessary strain on the NHS and seems “unthinkable,” as Hordorff said, in light of the growing number of coronavirus cases in the United Kingdom.

With the number of cases growing exponentially worldwide, it is simply unrealistic for the Grand Slam events, tennis competitions and sport in general to continue uninterrupted. The most likely outcome is the cancellation or postponement of all tournaments until the outbreak is safely contained, which could extend until the end of summer. In this unprecedented situation, the tennis season is irrefutably on the rocks, with all tennis organisations navigating fragile territory, much like the rest of the (sporting) world. The strain of COVID-19 on the tennis season will likely be felt in the coming months, if not years, but, in the spirit of the WTA and ATP statement, “now is not a time to act unilaterally, but in unison.”