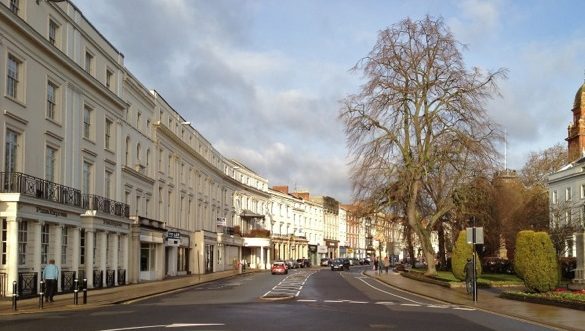 Over 80% of  Warwick students surveyed by The Boar want compensation for off-campus accommodation amid COVID-19.

In a survey produced by The Boar the vast majority of students responded that they believe that they should be released from their accommodation contracts following the disruption caused by COVID-19.

This follows a series of announcements from the University that all “non-essential” campus activities have been suspended, and all face to face teaching and assessments will be moved online.

Out of 245 respondents to The Boar’s survey, who were renting both privately and through Warwick Accommodation, 97% said their landlord was asking for rent to be paid. Two respondents said they were being prematurely released from their contract or being provided compensation. Six respondents were unsure of their landlord’s decision and were awaiting a response.

This comes after it was announced that students living in accommodation on campus could be prematurely released from their contracts and not have to pay rent if they are not returning to campus.

The survey revealed that over half (56%) of respondents were not planning to return to their accommodation in Term 3. 32% were undecided and 12% were certain they were going to return.

Despite some respondents stating they were planning to return to their accommodation in Term 3, it is unknown as to how long the UK’s lockdown travel restrictions will last for. Students are being urged to stay put and not attempt to travel across the UK or overseas.

When asked if students should be compensated in light of the current circumstances, 86% said “yes” while 12% replied with “no”.

One respondent stated: “It is not the landlord’s fault that this pandemic has emerged and they are also being negatively impacted. The option for students to have remained at their accommodation throughout the Easter holiday was still there and as such, the rent should be paid.

“The room you are renting is still available to just you, and there is no way landlords will find a tenant to rent that room for the duration of one term.”

Another commented: “The landlord has lost his income but I still get the same amount of student loan. It’s only really fair that I pay.”

One landlord told a student that the National Landlords Association (NLA) has advised landlords that tenants need to pay rent “under contractual obligations”, and if rent is not paid they are “fully entitled to legally pursue this matter”.

The NLA are lobbying the government about student rent, but no decision has yet been made.

For students who are renting University-managed off-campus housing, they have been informed that contracts cannot be cancelled as “we are legally required to honour our own contract with the landlord of your property”.

The email continued: “The early return of your key does not release you from your off-campus accommodation contract.”

When contacted by The Boar, the University stated: “We have  already informed students that they can be released from their contracts for our on campus accommodation.

“While we own and fully control all the accommodation on our campus, the off campus accommodation used by Warwick  students is owned by private landlords. The University is contractually required to honour its obligations to these landlords.”

Since the decision was made not to release students from contracts with Warwick Accommodation, a petition has been launched urging the University to allow students to be released from their contracts prematurely. The petition currently has over 750 signatures.

There is a crisis facing the millions of student renters in this country, as a result of Coronavirus, and we hope that all these landlords will step up to protect students and implement our asks

“The government has already taken measures to support private landlords to manage such a loss of income with mortgage breaks for buy-to-let mortgages and Warwick Accommodation holds considerable market power over student accommodation providers.

“These demands are not only necessary, but feasible,” the petition stated.

On Friday 27 March, the National Union of Students (NUS) announced it was demanding action on behalf of student renters.

Eva Crossan Jory, NUS Vice President (Welfare) said: “There is a crisis facing the millions of student renters in this country, as a result of Coronavirus, and we hope that all these landlords will step up to protect students and implement our asks.”

The NUS are asking Universities UK (UUK), all private sector student providers, the NLA and the Residential Landlords Association (RLA) to implement its five demands, which include offering students a no-penalty early release from their contracts and ending all evictions for the duration of the crisis.

Matt Western, the MP for Warwick and Leamington, has jointly written a letter with Warwick Students’ Union (SU) Welfare and Campaigns Officer Tiana Holgate to student letting agencies and landlords, urging them to release students from their housing contract if needed.

“We know that landlords and letting agents are also facing hardship at this time, but financial support is available to them,” they wrote.

All figures rounded to the nearest whole number.