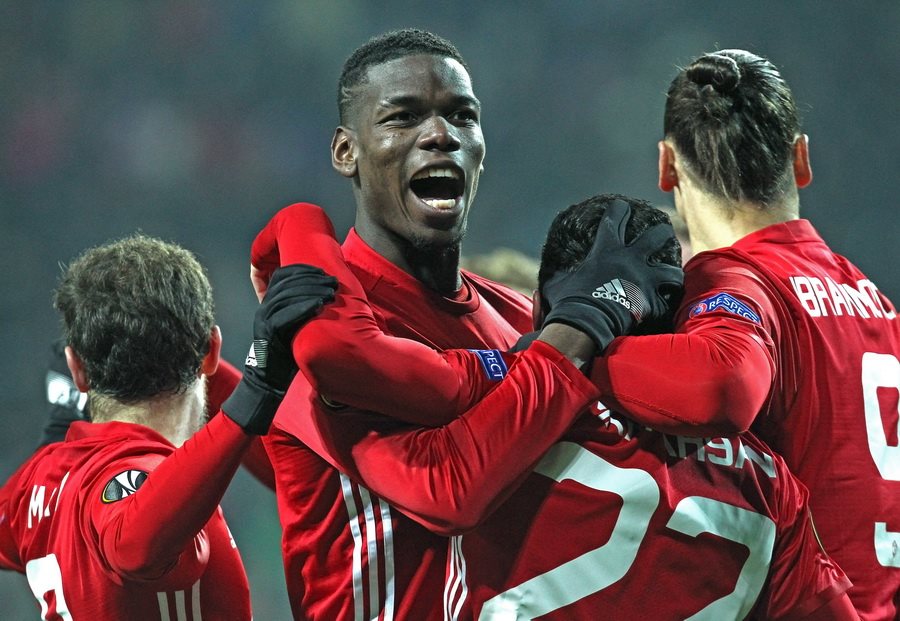 This week, we imagined an alternative vision for the Premier League, whereby the Football Association (FA) adopted the North American franchise model. Gone are the days of promotion and relegation, welcome to a new era of footloose franchises and expansion drafts.

Throughout the last week, Sam Matthews Boehmer, Oliver Barsby and I have each announced our expansion rosters in turn. We were each allocated eighteen picks, and were allowed to draft players from the existing clubs of the Premier League. There was only one catch: each pre-existing Premier League team could only lose three players each. So, Oliver could take De Bruyne, Sam could draft Laporte, and I could steal Sterling, but Manchester City would keep the remainder of their crown jewels.

With each of our squads assembled, we decided that it was essential that we undertook a rigorous, scientific test to determine which squad was the strongest. We took to Football Manager 2020 to determine who would obtain the lion’s share of the spoils; a tactical battle ensued. In a round-robin format, we would each play one-another twice – with three points awarded for a win, and one for a draw.

After each match, I – acting in my capacity as an entirely impartial sports journalist – interviewed each of the managers to discuss their side’s form. So, without further requirement for discussion, I hand you over to the capable hands of Football Manager, Sam and Oliver, as we discuss the twisting fates of our teams.

Luke: “What an absolute catastrophe of a performance from Tyrone Mings. With the game tied, my team had started to grow more comfortable in possession, building attacking plays methodological from the defence, through the midfield and into our wingers – Salah and Son, respectively. Unfortunately, Mings was caught dallying in possession by Christian Pulisic twice in the second half. On both occasions, the American forward rifled the ball beyond Nick Pope. In a game that we had the chance to win, Mings’ profligacy cost us dearly.”

Sam: “This was the perfect start to our mini-campaign as the team’s tactics worked to perfection to swipe aside Luke. Paul Pogba, in his role as an advanced playmaker, was working his way into the spaces behind Harry Kane, and finished from inside the area from a Grealish pass. The lads dominated the first half in terms of possession and our first goal was our just deserts. We built on this in the second half, with Pulisic coming off the bench to capitalise on two Tyrone Mings mistakes (how he is even in anyone’s best Premier League team I’ll never know) to score two within 30 minutes. I’ll take the acclaim for this victory.”

Oliver: “What a stunning first-half performance! We were 3-0 up thanks to the sheer brilliance of Aubameyang, but after some huge mistakes in defence in the second half, I feared we would throw away the lead after Salah and Fernandes took advantage of a nervous defence. However, some stunning saves from Leno (combined with my decision to park the bus) kept us ahead and still in with a chance of winning the competition.”

Luke: “After falling to a pretty abysmal defeat in the opening match of the tournament, I decided to pursue an alternative approach in matchday two: it didn’t work. Lining up with three centre-forwards, we attempted to press high, reducing the likelihood that Mings would be exposed once again. Unfortunately, we went into the break three goals down, a deficit from which we were never likely to recover. We improved in the second half, but what a miserable start to the tournament from my youthful team.”

Sam: “Out of all the teams that we will face this season, I reckoned this would be amongst the hardest, but these boys, as they had with the previous game, proved their character and once again stepped up. Pulisic, after his brace came in to start in place of Sarr, and from the first minute we peppered their goal, something that led to what is surely the goal of the tournament. Kanté, lingering on the edge of the box following a corner, smashed in a thirty-yard volley, and set the tone for the rest of the game. Once that goal went in, I thought the lads controlled the game brilliantly, Harry [Kane] nodded home our second goal from a corner before half-time, after which the game was a procession. Two wins from two? I can already feel the title in my grasp.”

Oliver: “This was a frustrating loss for my team, that I can only excuse with the lack of squad cohesion that comes from bringing together a new 18-man squad. As soon as Davinson Sanchez picked up an early injury, and we conceded a wonder goal from N’Golo Kante, I knew it’d be hard to get back in the game. My front three failed to work together, and De Bruyne did not seem able to string together those great plays he’s known for.”

Sam: “I was less than pleased: this should have been our crowning moment. Facing a Luke’s team – who were yet to secure a point in the competition, I expected to win comfortably. It was only after they scored through Lacazette that we really got going, probably as I gave them a rollicking in the dressing room at half-time, as I questioned ‘do you really want to win this match’. The lads showed what is clearly their immense respect for me by responding brilliantly in the second half. Two late goals gave us the win, leaving us just one point away from the title.”

Luke: “I’m simply furious. If I wasn’t being interviewed by myself, I probably would’ve called you an ostrich and demanded that you were banned from covering the competition. My team took the lead though Alexander Lacazette and did such a brilliant job of containing Sam’s side. Unfortunately, we crumbled in the final ten minutes of the game, no thanks to a double missed interception by Mings and Digne. Once again, we snatched defeat from the jaws of victory.”

I gave an aggressive team talk lamenting the squad for their lack of passion, firing them up in time for the second half

Oliver: “Much like the previous match, this was a game of two halves. After going down early to another insane finish, this time from Paul Pogba (who I believe Football Manager rates far too highly), we went into half-time 2-0 down with Van Anholt, a player snatched away from me in the draft, doubling Sam’s lead. By this point, I thought we were done for. I gave an aggressive team talk lamenting the squad for their lack of passion, firing them up in time for the second half. It was only in the 80th minute when they finally responded to my message, with Adama Traore demonstrating his dribbling ability to pull one back for the boys from The Boar Games. The commentators saw it as a consolation goal, but I remained hopeful that we could rescue a point from the game. It was in the 88th minute when Lundstram, my super sub, my FPL king, smashed an effort in from 25-yards out, rescuing a point and at least preventing Sam from doing the double over me.”

Sam: “I’m not gonna [SIC] lie. I am slightly disappointed that the team were not able to pick up a clean sheet of wins, especially after being 2-0 up with twenty minutes to go. Regardless, the trophy is mine. Once again, we showed our quality against Oliver’s team, even with a slightly changed starting eleven. Paul [Pogba], perhaps the player of the tournament gave us the lead, while van Aanholt doubled it. What followed was a ridiculous capitulation. But what does that matter? We’ve lifted the trophy and have finally proven we’re the best team. I’m now off for our open-bus parade down my street, which – weirdly – is deserted.”

Luke: “VAMOSSS! A win, at last! Following the dismissal of Aaron Cresswell for a frankly disgusting two-footed challenge on Declan Rice, we dominated the game, created ample chances and never looked like losing. In the second half, Todd Cantwell made his debut as an inverted wingback, offering us another option in central midfield once we entered the final third. Mo Salah and Trent Alexander-Arnold were stunning on the right flank. We finish last, but it all could’ve been so different.”

Oliver: “Words cannot describe how much I despise Aaron Cresswell. On my list of potential left-backs to pick up in the draft, he was pretty near the bottom, but with how the draft played out, I was left with no choice but to draft both him and Ryan Bertrand. What a mistake that was. His straight red card in the 4th minute handed the match to Luke, whose three goals all came from attacks by Salah and Alexander-Arnold down the right-wing. Bertrand, who I put on to fill the gaping hole left by Cresswell’s dismissal, may as well have remained on the substitutes’ bench, making two abysmal mistakes that both led to goals. Safe to say, I’ll be on the market for a new left-back tomorrow.”

With three wins and a draw from his four matches, Sam Matthews Boehmer can walk away from the tournament with his head held high. As he predicted during the draft, a defensive unit of Virgil van Dijk and Çağlar Söyüncü proved to be almost impenetrable. For Oliver, Kevin De Bruyne failed to inspire in the heart of his midfield, but it was Aaron Cresswell who let The Boar Games down so dearly. Tyrone Mings – a player I was genuinely delighted to have drafted – simply capitulated on the biggest stage, leaving me with a confidence deficit in the heart of my squad.

The Boar Sport Expansion Draft has explored the possibility of what might happen if the Premier League introduced the North American franchise model. Of course, it’ll never happen, but we’ve proven that it would be fun if it did. 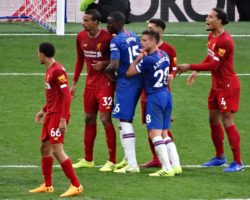 Boar Sport Expansion Draft: it is essential to build around Virgil van Dijk