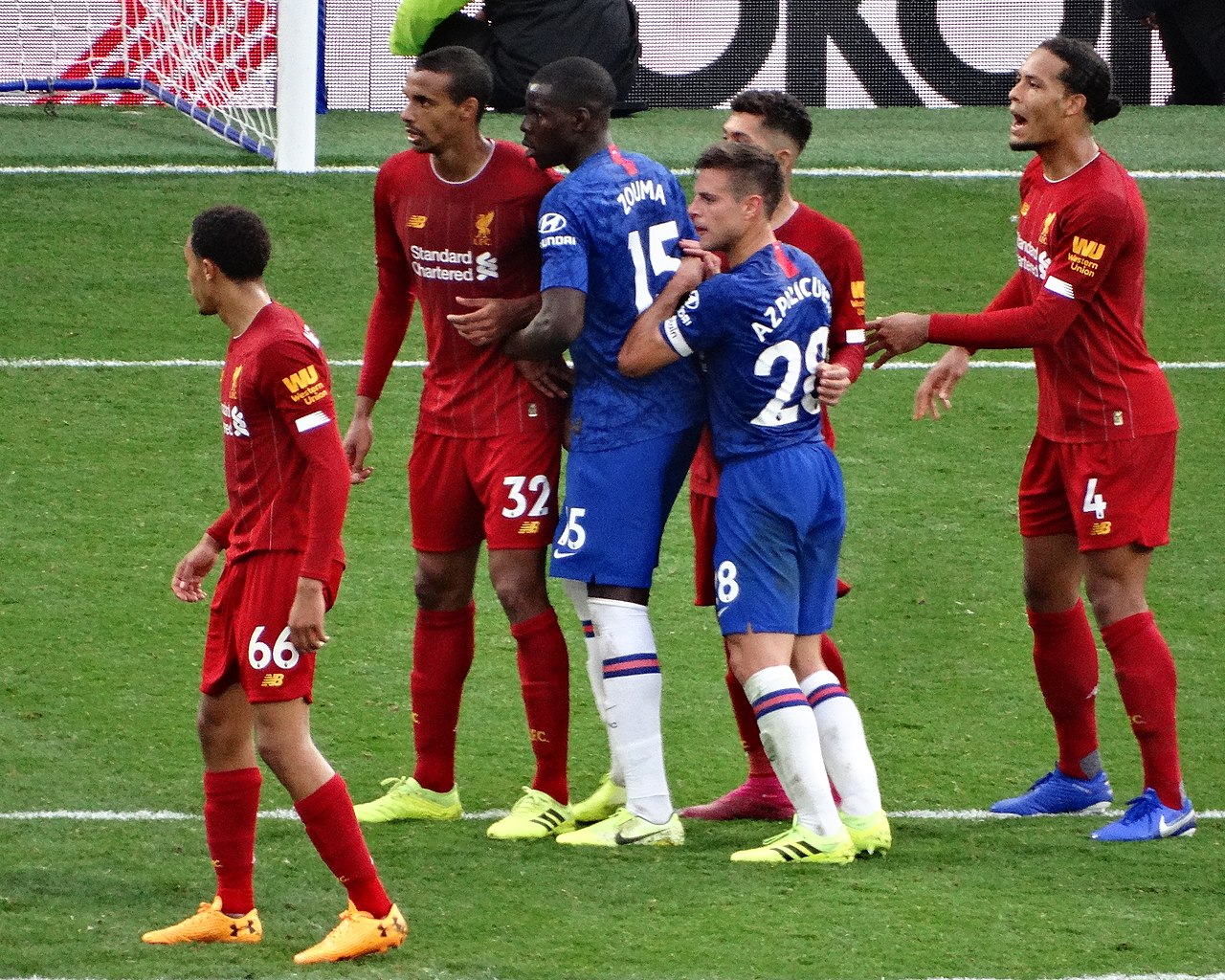 Boar Sport Expansion Draft: it is essential to build around Virgil van Dijk

This expansion draft, a three-way affair between Luke James, Oliver Barsby and myself, took place with each contender taking turns to choose a player from the Premier League, with a maximum of three players allowed to be taken from each team. This led to my 18-man squad being formed, a tour de force of attacking talent and defensive solidity, to leave Sam and Luke in my wake.

My defence is perhaps the strongest part of the team. I made sure to secure a top-quality keeper early on, that man being Ederson, who I believe is the best goalie in the league. Not only a good shot-stopper (he has 45 clean-sheets in 99 Premier League appearances), his ability in possession means he will be finding gaps for my attacking full-backs all game long.

These full-backs, Ricardo Pereira and Patrick van Aanholt, although perhaps slightly questionable defensively, will be providing constant ammunition to my forward players. With eight goals over the past two seasons, van Aanholt’s runs inside the left-winger will provide a problem for any team, while Ricardo’s eight assists prove that his crossing ability is second to none. The duo’s pace also means that they will be able to recover to protect any gaps that may emerge.

This support will hardly be needed, however, considering the two colossuses at the heart of my defence. Çağlar Söyüncü has been one of the success stories of this season for Leicester, and has all the qualities of a top-quality centre-back. Strong in the tackle, quick to recover position and excellent with his feet: the Turkish international is a diamond in the rough.

Partner him with Virgil van Dijk, the star-man and captain of a near-impenetrable Liverpool side, and it is clear to see that my defence is far stronger than what Luke and Sam were able to put together. Van Dijk’s twenty clean-sheets in 38 appearances last season are therefore likely, in my eyes, to be replicated again. Their ball-playing abilities will also lay the flowing foundations for what will be a tika-taka, 2018/19 Ajax-inspired team.

One man who can play the ball on the ground while also providing ample defensive cover is N’Golo Kanté, who would be at the base of the midfield. Scuttling across the pitch, Kante would make sure the ball would never have to reach the mountains in my back-line, intercepting loose passes with ease, before laying it off for the two more attacking sparks in my team to work their magic.

The prime creators in my side are Jack Grealish and Paul Pogba. Although Pogba is much ridiculed, no-one can deny his ability as one of the best in the world. His passing range is there for all to see, while his goal-scoring ability, often breaking into the box to finish off chances, is an unappreciated part of his game. With Grealish alongside – him, the heartbeat of a steady Aston Villa side, with seven goals and six assists this season – their creative ability is perhaps unmatched by any current Premier League team, while Kanté will provide the support to ensure they can use their attacking talents to the maximum.

Richarlison is becoming an increasingly coveted name in the Premier League

Without factoring-in the number of goals my midfielders – and potentially even van Dijk – would inevitably contribute, there is enough firepower in my three-pronged forward line to ensure the team can score plenty week-in, week-out. Up front, the name ‘Harry Kane’ tells its own story, despite being my tenth pick, and seemingly forgotten by my opponents.

My wingers, in Richarlison and Ismaila Sarr, will provide vital assistance for Kane, and probably ample goals themselves. Richarlison is becoming an increasingly coveted name in the Premier League, with 23 goals already across his Everton career, exemplifying his finishing and heading ability, both of which will only get better. This is also true of Sarr, a player with incredible pace. The Watford winger is able to constantly break defensive lines across the Premier League, as he did against Liverpool and van Dijk earlier this season, and is thus a leading candidate to notch goals and assists for my side. As the season has gone on, and he has settled into Watford, Sarr’s skill and verve has become increasingly easy to identify.

Should attacking verve not be enough, however, my bench will more than compensate for any poor performances. That a £60 million Christian Pulisic is only on the bench shows this team’s brilliance. West Ham’s Felipe Anderson is my second substitute winger, a player who has previously shown his pace and skill in Serie A.

Gylfi Sigurdsson is another creative force; a set-piece specialist who could be vital for my side when chasing a game

In defence, George Baldock is a jack-of-all-trades and should provide more defensive cover at full-back, while Fabian Schar can comfortably step into my defence in the midst of an injury crisis. This is also true of Jefferson Lerma in midfield, who will provide solidity in the middle of the park should we be overrun, whilst his youth means he can replace Kanté in years to come. Gylfi Sigurdsson is another creative force; a set-piece specialist who could be vital for my side when chasing a game. Pepe Reina, an excellent keeper in his time, was my final pick of the draft, although I expect his leadership in the dressing room will be vital in leading this team to undoubted success.

The SMB XI, therefore, in my opinion, is perfectly balanced to blow Luke and Sam’s contributions out of the water. With van Dijk at centre-back, the engine of Kanté, and the backbone of Ederson, the defence should very rarely be breached. Meanwhile, the creativity and goals across the team, from the full-backs to the striker, means that goals should be easy to come by. A team, in my opinion, set for Premier League and Champions League glory.