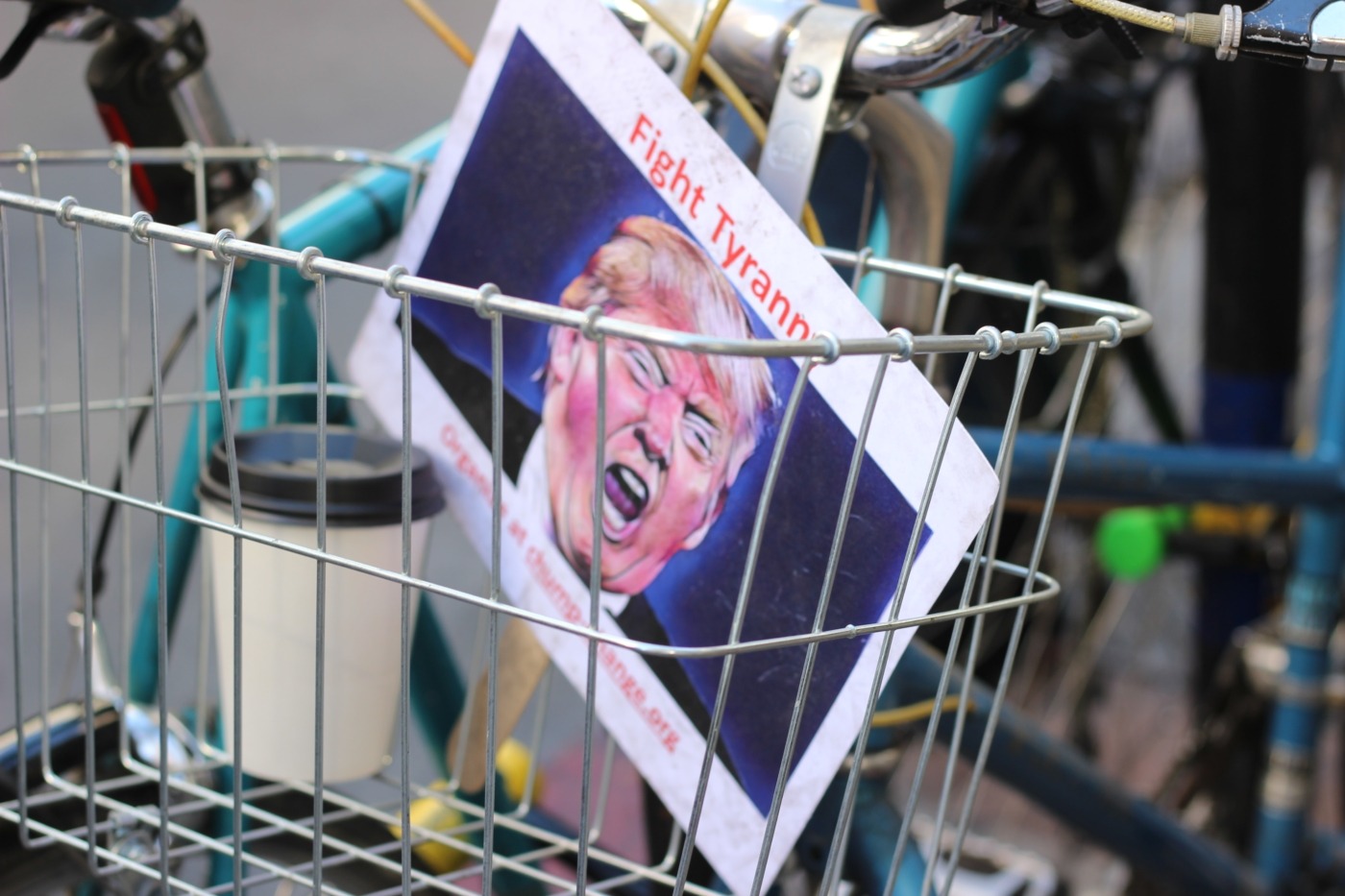 Political photography: why it should remain unedited

Typically, it is assumed that photographs of political and historical events are the most reliable and the least biased medium there is. The picture shows the circumstances for what they are, right? Until you realise that images can be, and have been, doctored.

The National Archives of America has recently made a public apology for blurring out criticisms towards US President, Donald Trump, on placards pictured in a photo of the 2017 Women’s March, along with references to female genitalia.

When we study history, sources, like photographs, are the only points of reference we have left to decipher the events of the past, and so who their authors are is extremely critical to our understanding of the world. It is true of the past that many historical accounts of events were recorded by people with a political bias in terms of how they wanted such incidents to be remembered as or perceived in the future.

As much as we are becoming ever-more aware of political propaganda nowadays, it still does not cease to exist. The National Archives of America’s decision to blur out beratements against Trump, which lie within the rights of citizens to free speech, although deemed a ‘mistake’ on their behalf, makes you speculate what influence the US government really has over such archives.

The Washington Post released a statement from Miriam Kleiman on behalf of the National Archives, explaining that the image was edited “so as not to engage in current political controversy” since the organisation is a “non-federal agency”. Surely, however, blurring such freedom of expression would be therefore engaging in political discourse, controversial or not, right?

Part of politics is freedom of opinion and thought. Therefore, these parts, in theory, must remain recorded and archived, in order to preserve history in the most objective and neutral way possible. The 2017 Women’s March is an event which took place in its own right, and the details of the latter should not be altered. The march was largely in response to Trump’s inauguration, and as a politician who has received numerous accusations of sexual harassment towards women, the entire meaning of recording the march in the National Archives is lost once the message is edited out.

Perhaps the organisation made the move to edit the photo with the best intentions, in order not to find itself as the topic of controversy – and ended up achieving the contrary. If this was the case, where do we draw the line when it comes to editing photos?

The National Archives argued that the removal of the word ‘vagina’ from the image was so that inappropriate content would not be displayed for visitors, amongst those students. However, to use the word for a part of the basic human anatomy, which alone should be completely inoffensive, makes it harder to draw the line between acceptable and unacceptable content.

Editing out such content has the power to make us believe that our own bodies are something to hide and to be ashamed of. In actual fact, the word in this context is being used to empower and educate women. Sexually-explicit content is on display in museums across the globe: it’s hard to come across an art exposition that doesn’t involve naked women. Is that sensitive content or simply the natural human form?

The National Archive’s decision to edit the photograph, which has since been removed and will be restored in its original form upon backlash, implies that they are fuelling negative press surrounding Trump through the use of the image, although the image itself is simply an objective illustration of a historical event and the opinions of the women photographed.

It could be said that the lack of coverage and archives for the sexual abuse claims against Trump during his time in office, and lack of conviction for these allegations equally fuel a political bias that is pro-Trump. The principle works both ways, and since it is hard to draw a line, perhaps it’s time we are honest about political realities.

Should we not be able to receive and assess all valid information in an equal measure in order to come to our own opinion of the event?

Should we not be able to receive and assess all valid information in an equal measure in order to come to our own opinion of the event? It is safe to say that media and tabloid coverage prevent this. The photograph of the Women’s March serves as an example of political photography that allows us to make our own judgement, providing us with visual, unbiased information. In a world full of subjective content, the last thing that should be edited in fear of appearing ‘politically biased’ should be a medium as transparent as photography.