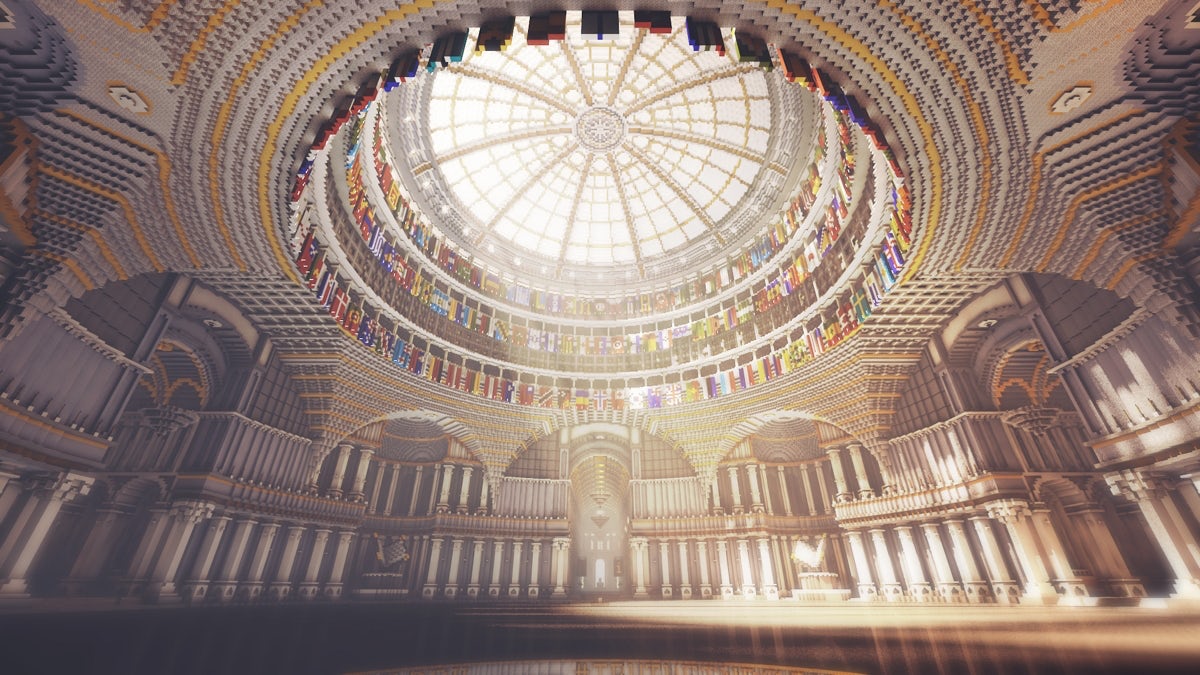 The role of the free press in society is one that we can easily take for granted here in the UK. So, it’s similarly easy for us to forget that many countries around the world are not lucky enough to enjoy free, accessible and independent journalism. Reporters Without Borders, a body dedicated to promoting and defending the freedom to be informed, has come up with a novel approach to fighting censorship. It has worked with Blockworks to spearhead the creation of the Uncensored Library, a Minecraft area that it hopes will help in its mission and facilitate more access to information.

The virtual library was built by 24 people from 16 countries, and took 250 hours to assemble. It is full of banned journalism from countries like Vietnam, Russia and Saudi Arabia. It even includes work by Jamal Khashoggi, a journalist from the Washington Post who was assassinated in 2018. Each wing in the giant virtual building is dedicated to a particular country, and there are also more general articles describing the state of press freedom in 180 countries around the world. The permission for each piece was sought before inclusion.

The virtual library was officially opened on March 12, chosen because it marks World Day Against Cyber Censorship. It uses the hashtag #TruthFindsAWay both to raise awareness and to encourage people to start a discourse on press freedom. The creators have already seen a positive response.

Those in freer countries are communicating with those in less-free countries and are seeing what censorship really looks like. Also, German YouTubers are using the tools of the library to urge against electoral threats to press freedom. 40% of users have returned at least once, suggesting a deeper level of engagement than just idle curiosity, and the servers initially crashed as users queued to get in.

Obviously, employing Minecraft in this way brings several benefits. It has a significant global reputation, is available in every country, and welcomes over 145 million players each month. RSF stated their reasoning behind the project, explaining that Minecraft essentially functions as a backdoor. “These (censored) articles are now available again with Minecraft – hidden from government surveillance technology inside a computer game. The books can be read by everyone on the server, but their content cannot be changed. The library is growing, with more and more books being added to overcome censorship.” It would be impossible to really decommission the library now without banning Minecraft completely.

Tobi Natterer, senior creative at DDB (one of the companies involved with the build), described one of the main reasons that Minecraft appealed: “I did some research and found out that countries with press censorship often (have) huge gaming communities.” Further research revealed an added benefit of the programme – players can write books in-game, thus making it perfect for a library.

And, as Blockworks’ James Delaney states, the evocation of a library was a conscious choice too: “This architectural style is usually used by governments to reinforce their own positions of authority. We wanted to take that and turn it on its head. Yes, we’re using this formalistic, authoritarian style, but instead it’s filled with free information.”

It’s important to stress that inclusion in the Uncensored Library is not tokenistic or surface-level, and that the library is already showing results. Players in Egypt, Mexico and Russia, which are all areas where journalists risk death through reporting, are now able to read texts that were entirely unattainable in their own countries. As Delaney notes, “it’s an unlikely vehicle for this topic, but it’s working surprisingly well.”

Perhaps, though, it’s the fact that this library is so unprecedented that it is working so well. Converting a tool intended initially for fun into one that educates and raises awareness of a massively important topic has been proving incredibly positive. By updating and subverting the library, the Uncensored Library may once again be informing us of the value of what we are able to read.

The future is virtual: a closer look at online book clubs