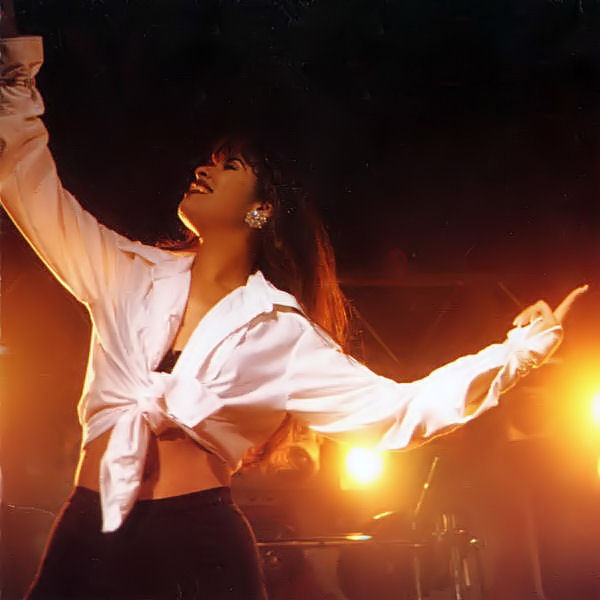 To say Selena has had an influence on the Latin community is more than just an understatement; no single star had such an impact on the Americas since Eva Peron went from radio star to Argentina’s epochal first lady. Many Spanish-speaking singers still struggle to break into American and British charts, let alone be as seminal as Selena was on Western music. Her legacy is a testament to not only her talent and hard work, but also to the genuine and effervescent nature that was incremental to her achievements.

Selena Quintanilla-Perez, lovingly known as the ‘Queen of Tejano’ by fans, has now been dead for longer than she was alive. At just 23, she was murdered by Yolanda Saldivar, the founder of her fan club, in an alleged argument over embezzlement accusations. Saldivar, sentenced to life, is up for parole in five years.

On such a day, however, we should celebrate Selena’s life, not speculate over her death. A singer, actress, philanthropist, partner and posthumously, a cosmetic giant and an inductee of the Billboard Hall of Fame, her legacy spans the songs she sang and the lives she touched.

Despite her success, she still had to combat many personal and professional hurdles

Born in Texas, her natural talent was noticed from a young age by her retired musician father Abraham. It’s safe to say she got her start in humble beginnings; performing at his Tex-Mex restaurant before the family were forced to claim bankruptcy and move towns, her singing career began as a way to keep them off the breadline – a hefty responsibility considering she was no more than a child herself.

In retrospect it should be questioned whether it was appropriate for Selena to be thrust into the limelight so young – and whether it was ethical of her family to encourage it. However, Selena proved it was a path she was destined for – fast forward to 1987 and at just 15 years old, she was already signed to the Latin branch of major label EMI and had won Female Vocalist of the Year at the Tejano Music Awards, an awards show dedicated to the Mexican-Texan hybrid genre that Selena helped popularise.

Despite her success, she still had to combat many personal and professional hurdles. Abraham’s opposition to her relationship with guitarist Chris Pérez led the couple to elope, and despite her near fluency in both English and Spanish, she was constantly forced to defy producers, agents and listeners who disbelieved that she could be a successful crossover act.

Yet, her credentials speak for themselves; with a Grammy award for best Mexican-American album for her fifth record Live!, four other albums certified from silver to platinum, the Tejano Female Vocalist of the Year nine successive times, and an international and still active fan-base under her belt, the possibilities of what Selena would have gone on to do are endless.

it is that – her life, career and charisma – that we should remember, rather than her untimely death

It wasn’t just her musical talents that enamoured fans; her laidback, charismatic nature drew equal amount of attention. It was an aura that encouraged other Hispanic girls to embrace their culture, even in environments where it wasn’t easy. Watch her 1994 interview for reference; that easy-breezy smile and girl-next-door demeanour led to thousands of fans rocking the ‘Selena’ look. Her glamourous stage get-up’s assigned her icon-status in the fashion world, too.

A quarter-century later, her impact is still felt. A Netflix biopic based on her life is set to be released later this year, Walking Dead actress Christina Serratos playing the singer as she manoeuvres her way through teenage turbulence as she comes of age. Artists from Demi Lovato to Big Sean continue to cite her as inspiration, with singers in the Spanish-speaking community, such as Becky G and Rosalia, frequently using her as a reference point. Selena will also be honoured with a 12-hour long Texas tribute show this May, Selena XXV-Veinticinco Años, with Latin singers Pitbull, Becky G and Fifth Harmony’s Ally Brooke paying musical homage to the star.

In life, and especially in death, Selena gave hope to a sidelined community. Her music birthed a rise in mainstream Latin music, making her a pioneer for current industry giants Shakira and Enrique Iglesias. More importantly, though, it established her as a role model for millions of citizens whose identities were crystallised after seeing a multi-cultural star rise to such heights. And it is that – her life, career and charisma – that we should remember, rather than her untimely death.