If the hysteria over last year’s swine flu outbreak didn’t scare the average tourist from Mexico then the ever-worsening drug wars will have done the trick. Tourism has suffered heavily in recent years as the country lurches from one crisis to the next. Yet this shouldn’t discourage you from visiting what is a truly incredible destination. If anything, now is the perfect time to go, while prices are low and the main attractions are relatively crowd-free.

A place of immense diversity, Mexico’s landscape ranges from vast northern deserts and spectacular mountain ranges through to the dense jungle and tropical beaches of the south. My journey began in the grimy metropolis that is Mexico City. With around 25 million inhabitants, it is the world’s most populated city. Heavily polluted, and shrouded in permanent smog, just breathing in the air is the equivalent to smoking twenty cigarettes a day! Although it feels intense and overwhelming at first, the city is a hub of activity and you could never find yourself bored there. The highlight was a trip to the huge, mysterious pyramids of Teotihuacan, which were abandoned long before even the Aztecs arrived. Climbing the steep steps up the Temple of the Sun – the world’s second largest pyramid – offers a breathtaking view of this vast, alien-looking archaeological site.

Leaving the capital, I moved on to the city of Oaxaca, a refreshingly tranquil colonial town with a colourful palette of food and drink on offer. The must-try drink here is Mezcal, a potent spirit native to Oaxaca. Derived from the same Agave cactus as Tequila, it comes complete with an oh-so-appetising worm placed in every bottle. Although I have yet to try the worm, I did sample another local delicacy on the market stalls: chilli-coated grasshoppers. Other specialities I’ve tried in Mexico include frogs’ legs and tacos filled with tongue and brains. But in general Mexican cuisine is delicious, despite the fact that practically every single dish is but a slight variation on a meat, lime, chilli, beans and tortilla combo.

Mexico is great value for money: everything costs around half what it would at home, often even less. Most hostels offer rooms from around a fiver a night, while getting around is easy on the cheap but surprisingly comfortable buses. For some reason, upon leaving Oaxaca I chose to forgo the latter in favour of an uncomfortably humid minibus. This took me south, past army checkpoints and through the steamy mountain forests to Puerto Escondido, a famous beach resort on the Pacific coast. Frequented by surfers and hippies, the town hosts nightly beach parties, while the distinct scent of a certain herb lingers constantly in the air.

My next destination was Chiapas; paradoxically Mexico’s poorest state, yet the richest in natural resources. Home to a large indigenous Mayan population, Chiapas is also famously the territory of the Zapatista rebels, who rose up in arms against the ratification of NAFTA (the North American Free Trade Agreement) on 1st January 1994. They still live in autonomous communities, and with help from a couple of fellow Warwick students I was able to visit an EZLN (Zapatista Army of National Liberation) camp up in the mountains. There we spoke with the balaclava-clad local government, who were actually very welcoming despite their intimidating appearance.

My base in Chiapas was San Cristobal de las Casas, a chilled hangout for activists and backpackers alike. I stayed there for Independence Day, when everyone gets drunk (at least that’s what we did anyway), waves flags, and shouts “¡Viva Mexico!” Other highlights in the region included a boat trip along the crocodile-infested river between the towering cliff faces of Canyon Sumidero. Moving deeper into the jungle, I explored the atmospheric Mayan ruins of Palenque. With howler monkeys roaring in the trees above you, it feels as though you’re being transported back in time and viewing the ruins in their natural context. You can even venture inside some of the temples, Indiana Jones-style. Bringing a torch is advisable, as there are bats flitting around and giant spiders climbing the walls in the pitch-black interiors.

After three weeks of travelling in the south, I finally arrived in Guadalajara, where I have been living and studying Spanish. Mexico’s second biggest city, Guadalajara lacks the rich cultural heritage of the Mayan south; instead it has a much stronger American influence than anywhere I had previously visited. Yet it is also the birthplace of two real Mexican staples: Mariachi music and tequila. Owing to its large student population, the nightlife here is pretty lively, with free bar events or one peso (5 pence!) drinks promotions not uncommon.

Mexico’s most famous festival, the Day of the Dead falls on 1st November. This has always been a country obsessed with death, ever since the Aztecs first decided that human sacrifice and cannibalism were good ideas. This bizarre annual ritual liberally blends Catholicism with pre-Hispanic superstition. Families leave offerings at the graves of the dead, while everywhere you look you’re confronted with macabre images of skulls and skeletons. I went to Patzcuaro in the state of Michoacan to witness this surreal event, with the main festivities taking place in the middle of a lake on the isle of Janitzio. Sadly, it has become a crowded, touristy affair (at least in Patzcuaro), sucking the soul out of this ancient premise of honouring the dead.

The Yucatan Peninsula is probably the best known area of Mexico; a popular destination for both family holidays and inebriated American college kids on Spring Break. Cancun is gringo central, a tacky Mexican Vegas where everyone speaks English and the dollar is favoured over the peso. I spent just one day there to check out the nightlife, before moving on to find cheaper, more authentic destinations. With its fine white sands and crystal-clear turquoise waters, the peninsula’s stunning Caribbean coastline is hard to resist. Teeming with sea turtles, sting rays, and even whale sharks, the seas around Cozumel and Isla Mujeres are great for snorkelling, although I got the impression that you really need a scuba diving licence to see the best of it.

The many Mayan ruins are another of the Yucatan’s main selling-points. Set deep amidst the jungle, Coba’s overgrown and unrestored ruins contrast nicely with the pristine cleanliness of those at Chitchen Itza, one of the “Seven Modern Wonders of the World”. Tulum may not be of such impressive scale, but it compensates for this with its enviable cliff top setting. Overlooking the Caribbean, it was the first evidence of civilisation the Spanish conquistadors set eyes upon in the New World. Their arrival would irrevocably alter the entire country, and 500 years later Mexico is still struggling to overcome the effects of centuries of colonialism.

Beyond the stereotypical image of tequila and sombreros, Mexico is a remarkably diverse – even schizophrenic – country. With competing Spanish, US and indigenous influences, it remains hard to pin down a distinct national identity. Mexico’s love/hate relationship with the US is particularly intriguing. Anyone would develop an inferiority complex if their neighbours were the wealthiest and most powerful in the world, and this has certainly affected the national psyche here. Many people clearly resent the pervading influence of US culture (it’s become known as the “Second Conquest”), yet each year domestic conditions force hundreds of thousands to cross the border illegally (or die trying) in search of work in the promised land. Although they may aspire to the more affluent lifestyle of their northern neighbours, most Mexicans retain pride in their national culture, and there remains a discernable anti-gringo sentiment throughout much of the country.

One place I will not be visiting is Ciudad Juarez. Situated right on the US border, Juarez is currently the most dangerous city on earth. Last year over 2,600 people were killed there, making it the world’s new murder capital. This is a result of conflict between rival drug cartels, the army and the notoriously corrupt police. As the biggest border crossings, Juarez and Tijuana have become flashpoints in the conflict, with the cartels competing for control over these lucrative trafficking routes. While a steady flow of drugs floods into the US, the violence is fuelled by a constant stream of arms coming the other way thanks to America’s lax gun control laws.

However, tourists are rarely caught up in such violence, and it requires mere common sense to avoid warzones like Ciudad Juarez. Despite what you may hear in the media, the majority of Mexico is perfectly safe. Granted, the way of life is pretty different out here: absolutely everyone drink-drives and anyone staying here for an extended period of time will at some point have to pay off the police for some invented misdemeanour (I’ve been stopped three times in the past fortnight). But it’s worth taking the odd risk and putting up with a few minor inconveniences to be able to enjoy such a vibrant, exciting place. 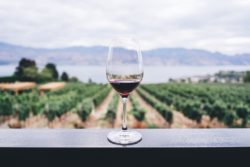 Are dangerous destinations ever worth the risk?