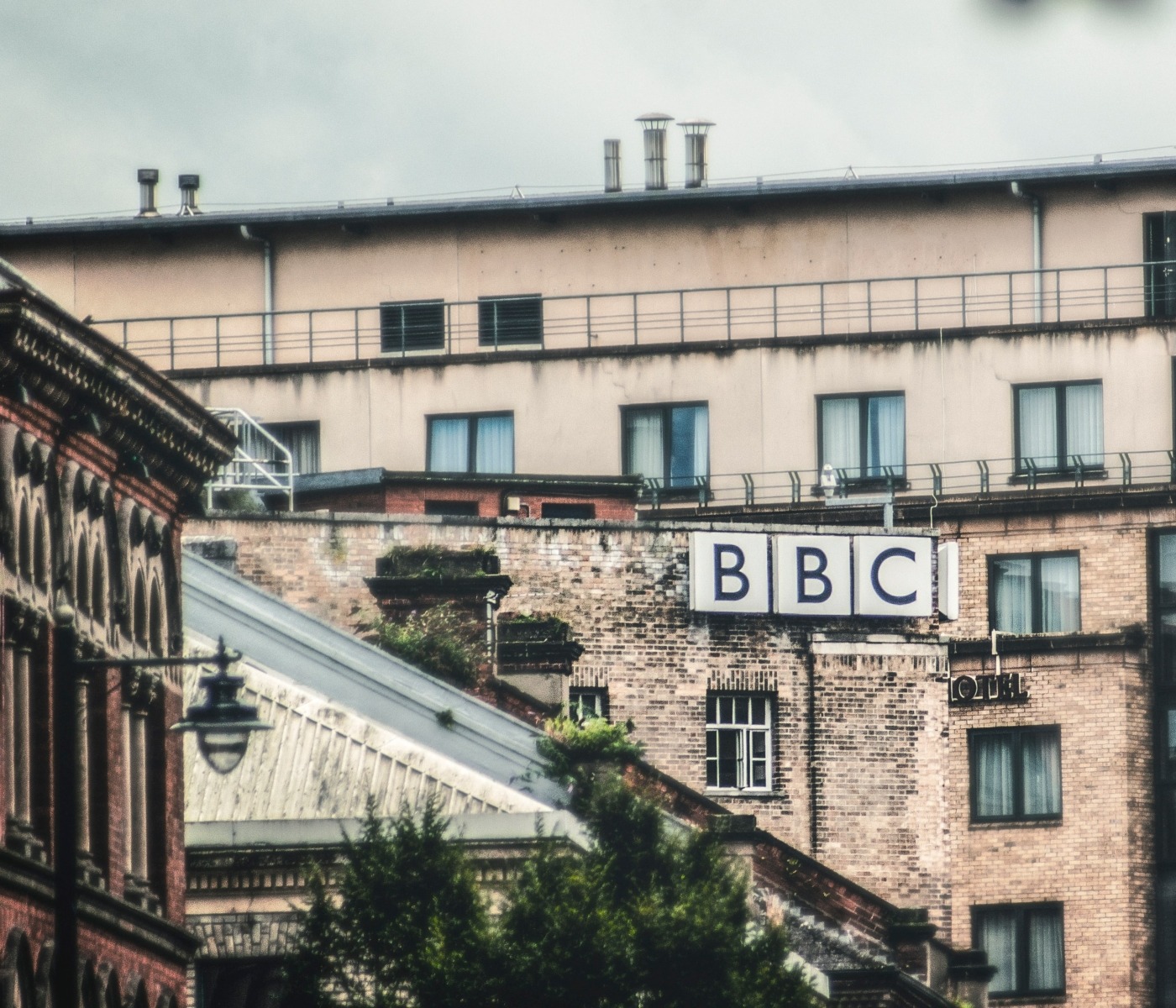 What challenges will the new BBC Director-General face?

Lord Tony Hall has announced that he is to end his seven-year reign as Director-General of the BBC, and he leaves the organisation is an awkward state. He initially took the job in April 2013, and was a safe pair of hands that helped steer the Corporation through the Jimmy Savile abuse scandal and the Lord McAlpine disaster (in which the peer was incorrectly accused of being a sexual abuser). However, he leaves an organisation surrounded by negative press, declining viewing figures and questions about its very future. Here’s a look at some of the challenges the next Director-General must contend with if the BBC is to survive the new decade.

The BBC has always faced accusations of bias and political leanings, but the scale has increased significantly after the 2016 Brexit vote and the two General Elections that followed. Worse for the Corporation, some of its former staff are now coming out against it. John Humphreys, the former host of the Today programme, attacked the BBC’s “liberal bias” days after his retirement. He said that the BBC’s bosses were devastated when the Leave campaign won, saying: “I’m not sure the BBC as a whole ever quite had a real grasp of what was going on in Europe, or of what people in this country thought about it.” Several senior journalists admitted they had no suspicion that Leave would win and that they didn’t know anyone who had voted Leave, with the BBC being chastised several times for existing within a ‘London bubble.’

The BBC has always faced accusations of bias and political leanings, but the scale has increased significantly after the 2016 Brexit vote and the two General Elections that followed

Former BBC journalist Robin Aitken, in response to Hall’s resignation, thought that bias was the major failure of the DG’s tenure. He wrote: “Brexit is the issue that everyone talks about in this context [bias] but it is by no means the only one; from Trump, to climate change, to transgenderism, the BBC has nailed its colours firmly to the liberal mast.” However, these accusations are not just coming from the political Right – in 2016, former chair of the BBC Trust Sir Michael Lyons said that the BBC was bowing to pressure over Jeremy Corbyn. He claimed there had been “some quite extraordinary attacks on the elected leader of the Labour party,” and critics have cited many examples of alleged anti-Corbyn bias.

Although the ‘complaints from both sides’ excuse is normally used by the BBC as proof that it is succeeding in its mission of impartiality, the general public do not seem to agree. According to a poll from December 2019, 64% of people think that the BBC is ‘greatly’ or ‘somewhat biased’, particularly over its coverage of Brexit. 72% of Leave voters and 59% of Remain voters think that the BBC is politically biased – more generally, a poll from last March found that among UK citizens, regardless of their own ideological affiliation, 60% of people think that “organisations like the BBC seem in favour of remaining in the EU and have not provided an impartial view of Brexit”. This has led to a lack of trust in the Corporation – for the first time ever, less than half of Britons trust BBC journalists to be honest and impartial.

Although the ‘complaints from both sides’ excuse is normally used by the BBC as proof that it is succeeding in its mission of impartiality, the general public do not seem to agree

This issue has been compounded by a series of high-profile incidents that have negatively impacted perception of the BBC. In 2014, the BBC broadcasted footage of a police raid on the house of Sir Cliff Richard – Sir Cliff claimed it was a serious breach of privacy, and the BBC was eventually forced to pay damages. It was also criticised as racist for upholding a complaint about Naga Munchetty for breaking BBC guidelines by implying that President Donald Trump was racist. It was then accused of being weak-willed by BBC critics when they reversed the decision five days later.

In July 2017, the BBC was mandated to publish a list of all employees who earned more than £150,000. This went down poorly in two ways. Firstly, people were furious to see how much some major stars were earning (as all of the money comes from the licence fee of £154.50 per year). Gary Lineker came under particular scrutiny when it was revealed that he claimed a salary of £1.75 million a year, and he voluntarily took a pay cut after public pressure. The list also revealed a stunning lack of diversity, as all seven of the highest-earners were men and there were few ethnic personalities in the pay range. Some of the male personalities took a pay cut, but female journalists like Carrie Gracie and Samira Ahmed challenged or sued the Corporation, winning substantial pay outs.

Although this may have seemed a positive, these pay outs came against a backdrop of the BBC moving to strip many over-75s of their free TV licence. The BBC agreed to fund these licences in negotiations with the then-Cameron government in 2015, but later announced that it did not have the money to do so, asking the government to step in and foot the bill. Those who claim pension credit will remain eligible for the licence, but this leaves some 3.7 million older people who will have to pay. Age UK warned that, if the fee is reinstated, many pensioners may have to choose between the BBC licence and heating – that this story has hit the headlines at the same time as the salary storm has left many wondering how the BBC can possibly be claiming to be out of money.

Age UK warned that, if the fee is reinstated, many pensioners may have to choose between the BBC licence and heating

One answer is that the number of people paying the licence fee is declining. In July 2019, the number of people paying for the licence fee declined by 37,000, the first time in ten years that there has been a dip. Importantly, much of this exodus is being driven by young people, who increasingly see the BBC as irrelevant – as I found in an analysis for The Boar, the BBC is no longer the first point of call for young people to read news, and younger people are looking at streaming services for the television they want to watch. Once-popular shows like Doctor Who are collapsing in the ratings, and the BBC is losing big shows and events to other broadcasters. Attempts to rebrand or engage with a young audience – through the launch of BBC Sounds, for example – have fallen flat, and the BBC is not popular with the market it needs in order to survive.

Once-popular shows like Doctor Who are collapsing in the ratings, and the BBC is losing big shows and events to other broadcasters

Of course, this analysis makes a fundamental assumption – that there will be a licence fee at all. Prime Minister Boris Johnson has ordered a review of the sanction for non-payment of the licence fee (which can currently see a fine of up to £1,000). The licence fee makes up the bulk (75.7%) of the Corporation’s income at £3.83 billion (in 2017-18), and senior figures have made clear that decriminalising payment would significantly impact how the BBC operates. However, Chancellor Rishi Sunak said: “How people consume media is changing, and it is of course right we continue to look at those things over time.”[1] The funding is secured until 2027, when this debate will likely play out across the media.

The BBC is currently struggling with a changing media landscape and numerous blows to its reputation, and it’s no understatement to say that the next Director-General’s actions will be hugely important in whether the Corporation survives or not. It’s clear that the BBC cannot continue as it has, pretending there are no issues and insisting it is the most significant figure in news. Yet the question of exactly how it will change will have long-lasting ramifications. Will the 2020s see the end of this British institution – it’s certainly possible, and only the BBC itself has the power to avoid this outcome. 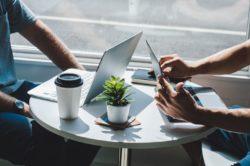 Gallery image with caption: An interview with The Babylon Bee