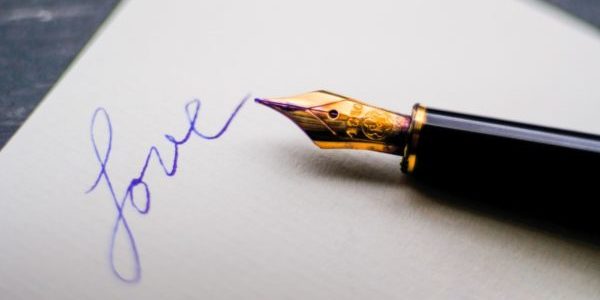 Golden Age authors would have you believe that love was only ever unrequited. A man would strive to court a woman who would never reciprocate such feelings and his sonnets would end up with him wallowing in his own pain. Either that or any romance novel would end in tragedy, such as the most famous love story of all time: Shakespeare’s Romeo and Juliet.

Fortunately, modern literature’s scope of love is wider than ever nowadays, whether it be from the perspective of a female author, a focus on LGBTQ+ relationships or simply a more diverse range of characters. We can all accept that we all have our own version of what a romantic or sexual relationship is. If we do choose to read some kind of love story, we would hope that there’s enough of a variety out there to suit everyone’s cup of tea, no matter your demographic.

Book shelves are now filled with love stories of every genre: tragic stories; comedies; Young Adult fiction; adventures. It seems nowadays, romance has transitioned from a genre to an essential component of the majority of plots. That makes sense given that love is an underlying aspect of our everyday lives, whether it be keeping in touch with our support networks of family, friends or significant others, or our dating lives and how they complement other important factors in the way we live. If love is an inevitable and natural occurrence in human nature, then it’s logical if most books we read touch on that element. Given that we often tend to identify most with stories that mirror something of our personal lives, the inclusion of romance is a popular trope.

Perhaps I’m not alone in thinking that life really does imitate art, as I have never related as much to a fictional character as I have Bridget

The ‘relatability’ factor is what Helen Fielding’s Bridget Jones’s Diary owes a lot of its success to. A personal favourite book of mine, the story focuses on the successes and pitfalls (emphasis on the latter) of the awkward and embarrassment-prone Bridget Jones. Perhaps I’m not alone in thinking that life really does imitate art, as I have never related as much to a fictional character as I have Bridget. The plot centres on the tragic(ally funny) love life of Bridget, who has her fair share of frogs to kiss, most notably her boss, Daniel Cleaver. It presents modern day’s version of the classic Mr. Darcy, who not only wins over Bridget but acts as a signpost for relationship standards for readers, leaving us all wondering when and where we’ll find our Mark Darcy. The book-turned-film success was one of the first to portray love, dating and relationships in the most frank and relatable way, making us all embrace our quirks and reminding us that we are very much normal.

On the more serious side, Sue Monk Kidd’s The Secret Life of Bees touches on the bitter-sweet encounters between characters Lily and Zach. It is set in South Carolina in the 1960s. With racist laws such as segregation still very much in-tact, Lily, who is white, and Zack, who is black, develop intimate feelings for one another, a relationship that would have been very much frowned upon. It could have even been potentially prohibited due to the laws on interracial marriage at the time, which was only made fully legal in the US during late 60s.

There may be no happy ending, but sometimes the element of reality is more important than that

The book, which has since been directed into a film, demonstrates the lack of simple humanity during the Civil Rights Movement, and explores how love is both the simplest yet most powerful tool that we have at our disposal to combat such societal prejudices. The budding relationship between the two teens is simply one of the many ways in which Monk Kidd uses love to promote racial harmony. Zach and Lily’s relationship beautifully illustrates that love knows no boundaries: it does not discriminate and ultimately overpowers society’s strict prejudicial influence at the time.

As much as it is no longer our main love-story trope, tragedy is still as popular as ever amongst love stories of modern times. The critically-acclaimed novels of Cecelia Ahern’s PS, I Love You and John Green’s The Fault in Our Stars use tragedy in love stories to connect to readers on a human level. Some of the best forms of therapy for grief, for whatever the reason may be, are films, TV series and books which tell stories that mirror your own. As humans, we aren’t designed to be alone, and so nor do we like to feel alone.

Feeling as if someone understands is an important part of our nature, and such novels offer those who have lost a loved one the chance to relate. There may be no happy ending, but sometimes the element of reality is more important than that. It is important we express our emotions, and books can be an effective medium through which to do so, making tragic love stories as timeless as is our very own humanity.