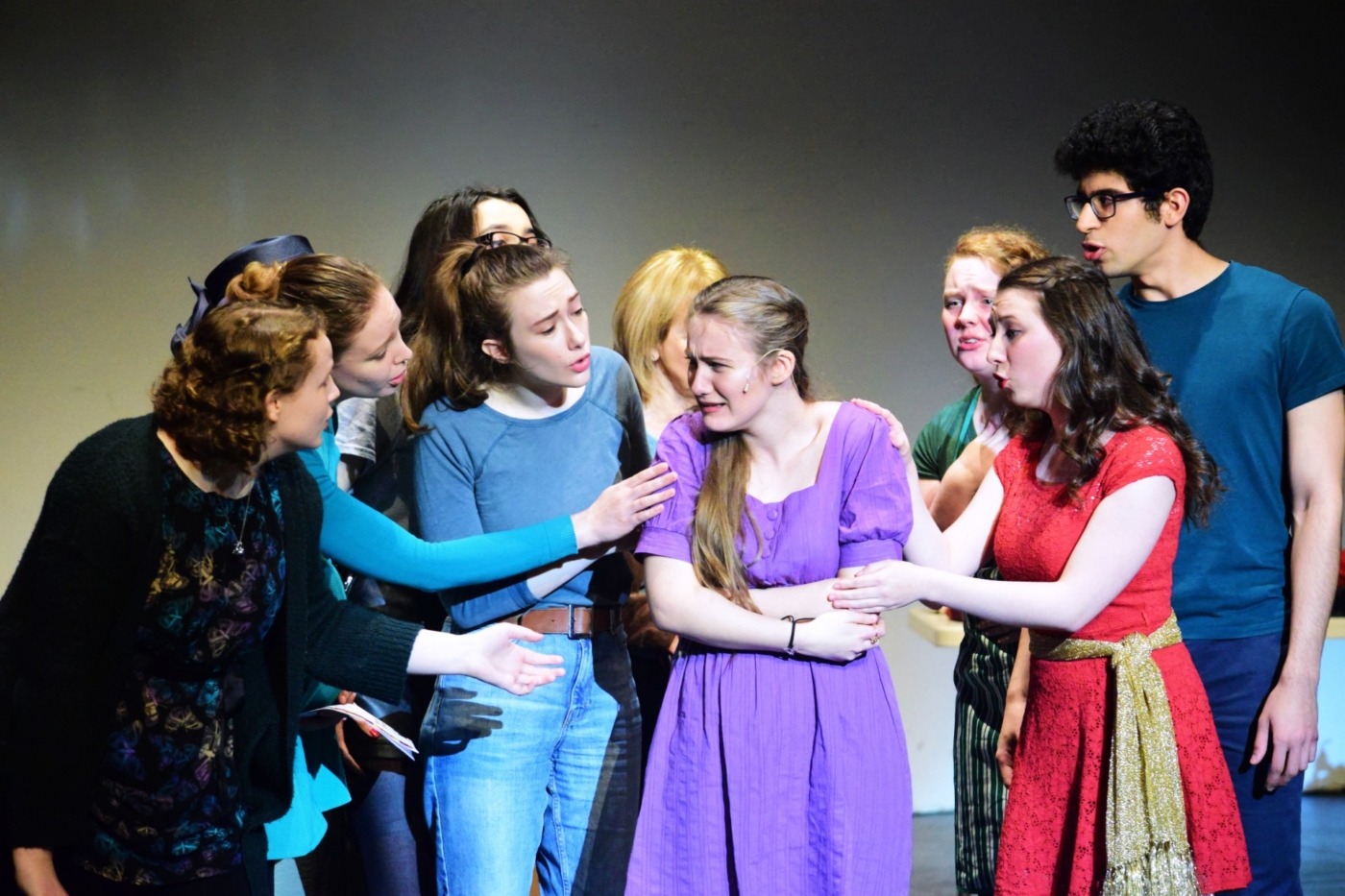 It’s easy to forget how many elements go into any one of Opera Warwick’s productions. The cast on stage are just one part of a group of musicians, artistic producers, lighting and sound technicians, and in this production, aerial artists. More than a hundred people worked on Bedřich Smetana’s The Bartered Bride, and their hard work really pays off.

Director Aphra Hiscock has made a conscious move towards diversity and inclusivity in this production. The decision to gender-swap certain roles is inspired, and very timely for LGBT+ History Month. This run will also see Opera Warwick’s first ever relaxed performance to make sure the show is accessible to as many people as possible. This creative open-minded attitude is so refreshing to see in opera, long may it continue.

The story follows the relationship of two young lovers, Jenik (Rebekah Lally) and Marenka (Anna Kindleysides). When Marenka’s parents sell her off to the scheming marriage broker Kecal (Edward Daly), Jenik is forced to go against everyone if she wants to avoid her lover marrying the wealthy, but grotesque Vasek (Michael Luya).

The company gel really well, and comic timing is not lost on these gifted singers

The show opens with a hearty chorus number demonstrating the wonderful vocal talent the whole cast has to offer. The company gel really well, all are clearly very comfortable on stage with each other and comic timing is not lost on these gifted singers. Opera Warwick have two stars in Lally and Kindleysides, who’s voices soar through every high note with great precision. Their Act 1 duet, “I will never be untrue to you,” is a particularly touching moment siding the audience firmly with the two lovers right from the start.

If the vocal talent is strong (spoiler: it is!), then it’s thanks to Musical Director, Laurie Duncan. Rumour has it he wrote out the score for this by hand, and taught it by memory! His hard work shines through the actors’ confidence in the score and pays off especially in the beautiful quintet “Please calm down now Marenka,” in the second half.

‘Marriage equals sorrow’, is the show’s opening gambit and no character embodies this idea better than Kecal. Daly alternates between sauntering and flitting round the stage, throwing pens and paper asunder, in Kecal’s desperate attempts to get as many characters to sign as many binding contracts as possible. Incredibly, Daly manages all this whilst maintaining an impressive vocal performance. He’s well supported by chorus-member George Booth, who – for the little solo he has – milks it for all it’s worth, to great effect!

The biggest laughs of the night are for Luya’s Vasek, who plays less of the sleezy side of his antagonist, in favour of the ridiculous. From the moment he steps on the stage to the moment he steps off it, his every move is hilariously well-timed and he gives the sopranos of the company a run for their money with his astonishing falsetto. The only greater round of applause went to the fantastic performance from Warwick Pole and Aerial Arts, who feature in the circus scene.

The plaudits could go on: I could mention Abigail Taylor’s beautiful dancing, the great comic interludes by Ethan Sarphie and Thomas Bromwich as the two clowns, Imi Francis’ astute set design, and there was a full orchestral accompaniment! So much talent is on display here.

This is a great show with which to pitch accessibility in opera. It’s funny, well written and enjoyable, a great testament to the hard work of everyone involved.