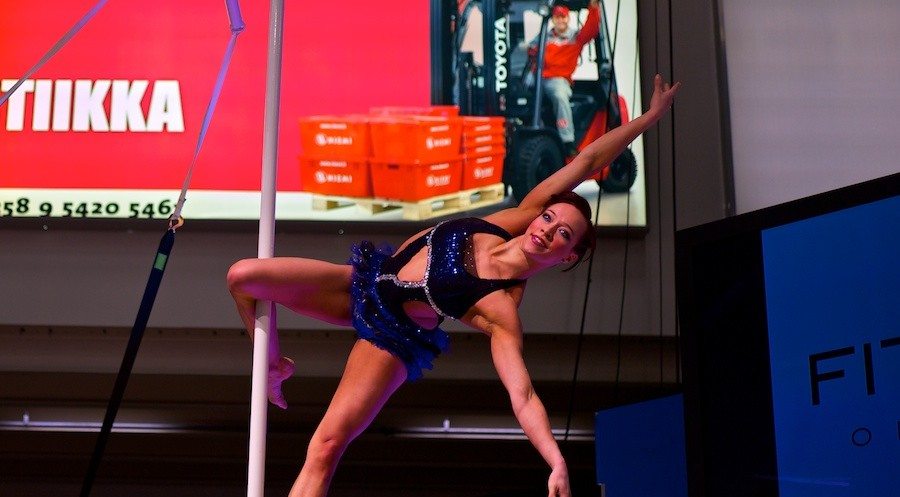 Following their victory in the same competition in Essex last year, the Pole Dance society hosted the competition on Saturday 7 March. Twenty universities attended, with each submitting an act for the Beginner, Intermediate, Advanced and Group categories. 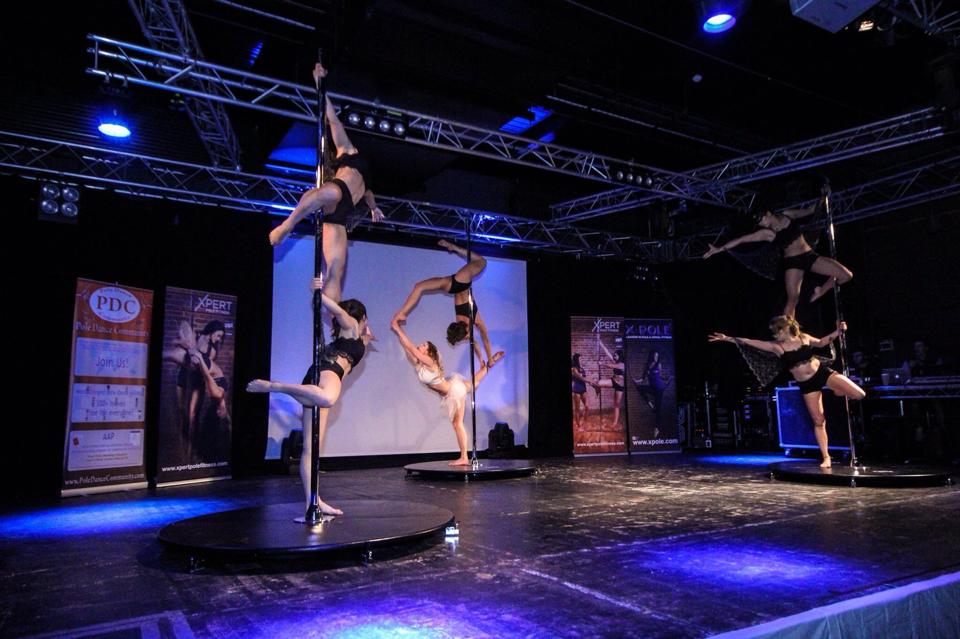 The university’s group entry, made up of Silvia Amam, Rhiannan Falshaw-Skelly, Sophie Webb, Rachel Gan, Catherine Padbury and Melissa Liow, placed first in this category. This totalled an overall university score of 354.7 points, ten ahead of Newcastle University who came second with 344.7 points. The University of the West of England came third with 342.7 points.

The event involved three competitors, one from each category, performing simultaneously on stage and to the same music. As three individuals competed at the same time, each event had three judges.

Competitors were judged according to ‘performance and audience interaction’, ‘fluidity’, ‘lines’, ‘transitions’ and ‘interpretation of music’.

A volunteer team also supported the individuals that performed. Charlotte Beesley, a first-year History undergraduate, spoke about the work that went on behind the scenes. She said: “I was part of the volunteer team, along with about 12 to 15 others.

“We started at 8.30am and spent shifts, running to and from rehearsal space to stage space, making sure people were in the right place at the right time, climbing up and down poles after every performance to clean them, and selling raffle tickets and tickets for the after party at Kasbah. Everyone was there until 6.30-7.00pm when it finished.”

She also commented on the friendly atmosphere during the competition: “What was really impressive is that we all supported every other team and they did the same for us.”

The event raised £800 for ‘Refuge’, a charity that helps victims of domestic violence.

Having won the national champions for the second time, the University of Warwick will host the IUPD again next year.

Gallery image with caption: “But I thought only girls did ballet?” 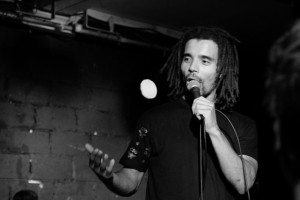 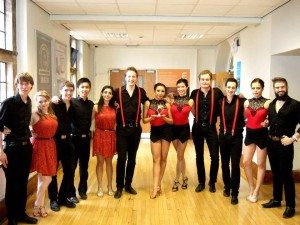 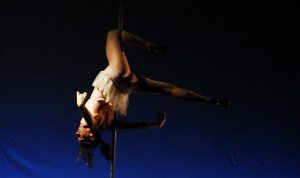