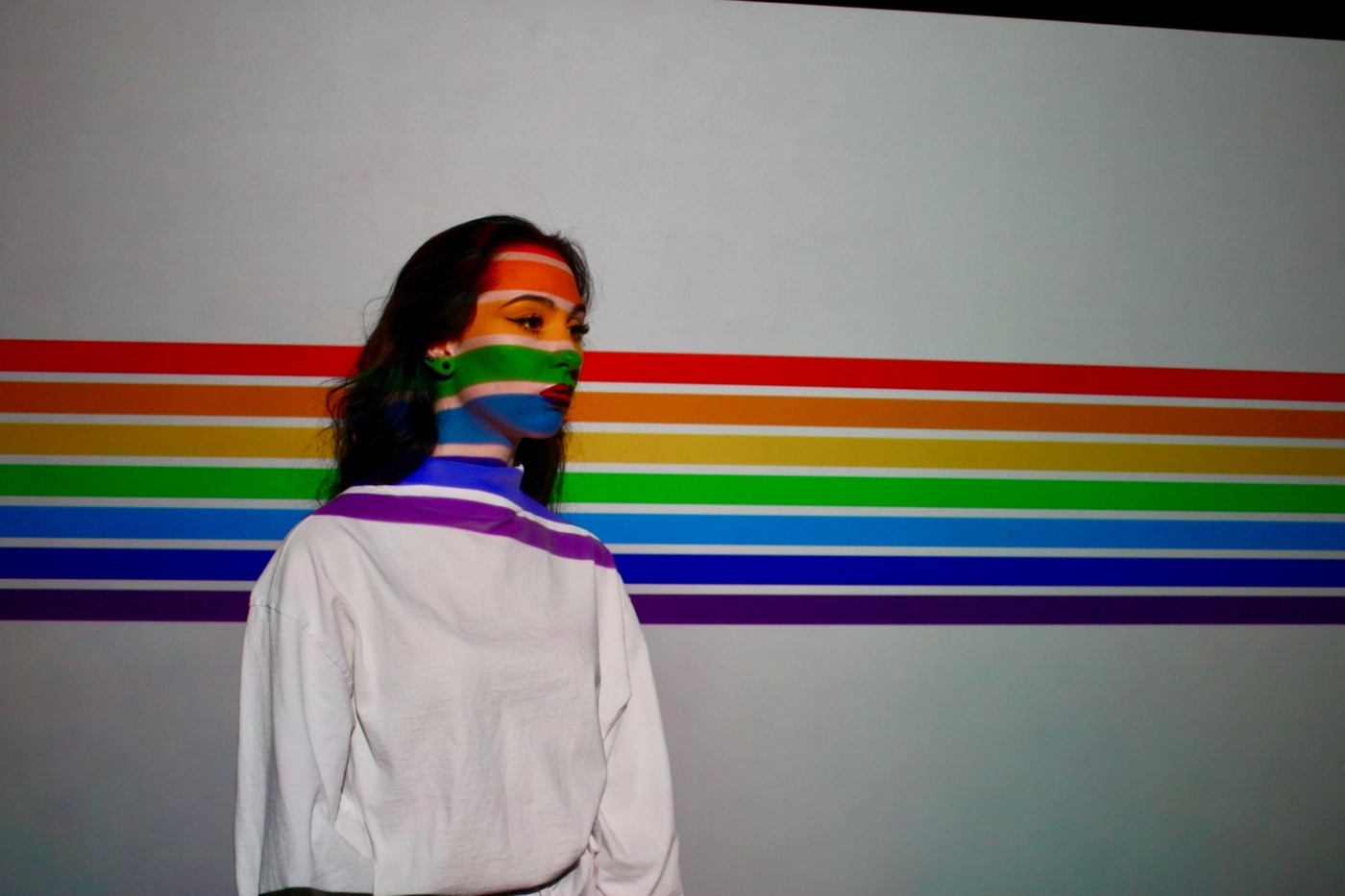 Art, Sexuality and Queer Culture: A history of LGBT+ artists

Art and sexuality have been synonymous with each other almost as long as the existence of art itself. From Praxiteles’ revolutionary Knidian Aphrodite to Erin M Reily’s tapestries of sexts in 2013’s brazenly modern Nudes, art has frequently been seen as the perfect platform to convey feelings and desires that aren’t always expressible in ordinary life.

With awareness of LGBT+ issues and rights over the past century rapidly increasing, gay artists and their sexuality have been brought to the forefront of contemporary culture. Whilst liberating, being open about their sexuality also runs the risk of being put into a box – gay artists can only paint about sex or queerness, and their work can only be analysed and appreciated from that viewpoint. This can, and has been, extremely damaging to queer creators.

As Andy Warhol stated when speaking about his work, ‘there’s nothing behind it’. Not every element of his work has to be, or indeed can be, picked apart, and sexuality is only one contributing factor to his impressive oeuvre. However, it is important to recognise the impact his and other gay artists’ work has had on the LGBT+ movement. Both he and David Hockney were key figures in the sexual revolution of the sixties and seventies, elevating them to the position of gay icons. Think of Hockney’s iconic series ‘Love Painting’ and the detailed drawings of copulating couples from Warhol’s early career for reference of one side of their approach to sexuality.

Despite how central queerness was to their artistic identities, these artists didn’t as much create ‘gay art’ as they developed how sexuality was expressed through different medias. It was instead the more implicitly sexualised of their work that became notable. The overt and fluorescent colours of Warhol’s pop art and campy subject choices scooped from pop culture defined camp culture; Hockney’s bright studies of hot summers in 1970’s LA run along a similar vein.

Many women in the artworld have utilised, or equally omitted, sexuality in their work to make a statement about the modern world

We mustn’t forget the impact queer female artists have also had on culture, however. Although noticeably – and erroneously – less known than their male counterparts, many women in the artworld have utilised, or equally omitted, sexuality in their work to make a statement about the modern world.

Diane Arbus is one great example. An American photographer, excluded not only due to her gender but also because of her bisexuality, her isolation from the wider community likely influenced her interest in outsiders; gritty, monochrome portraits of prostitutes, nudists and street urchins populate her photography and suggest her own fearless outlook on sexuality.

Romaine Brooks could be considered the flipside of this. Rather than portraying sexuality in all its brazen beauty as Arbus does, she instead rebelled through androgyny and reticence. Although she had many relationships with women throughout her life, it was never a fact she wore on her sleeve, even marrying her also closeted male friend for a short period.

Her work instead explores female sexuality not through the male gaze, but in spite of it. Muted portraits of women in heavy, enveloping gowns or suits and top-hats show how the feminine body can be appreciated in many different forms – a far cry from the provocative nudity of other contemporary works like Manet’s Ophelia. Her art was incendiary in an implicit way.

There is the danger that, if artists choose to be open about their sexuality, they will always be marked with the same brush

As a result of the wave of LGBT rights and acceptance over recent decades, artists previously not considered to be gay are now having their work looked at through a different lens. A new opera has unveiled intriguing information about Leonardo da Vinci’s relationship with his young assistants, Metzi and Salaí, and the potentially sexual nature of their close bond. Da Vinci lived at a time when sexual liberty, especially for men, was culturally normalised, even if it was decried by the Florentinian state. This revelation provides a new perspective on his intensely detailed and anatomical studies of the male form, shining a whole new light on such works as the Vitruvian Man.

An artist’s reluctance in revealing their queerness can be both the bain and the blessing of their professional lives; while on one hand they have the freedom to paint, sculpt or photograph as they wish, without receiving the reductive ‘provocative’, ‘liberal’ or ‘licentious’ labels that often emerge when an individual is open about their sexuality, they also have to suffer the anguish of repressing their emotions in art.

There is the danger that, if artists choose to be open about their sexuality, they will always be marked with the same brush. That’s not to suggest that there is anything wrong with being known as the ‘gay artist’ – many creators have embraced how their work has been accepted by the LGBT+ community. However, it does run the risk of making their art appear one-dimensional, as if everything they produce has to in some way be linked to their sexuality when in fact an artist’s influences are far-ranging and delimited.

However, times are changing. Now it has become increasingly important for queerness to be analysed as one contributing element or influence of an artist’s oeuvre, rather than being the overriding feature that makes appreciating it worth-while. It is perhaps the rebellion that their work represents, in whatever form that takes, that is inspiring to the queer community. As Warhol details in his 1980 book POPISM, “one straight kid said to me, “It’s nice not to be trapped into something, even if that’s what you are”. This freedom is exactly what makes LGBT+ art so rousing – it stands for people that have so long been repressed finally receiving the liberty they have fought for.