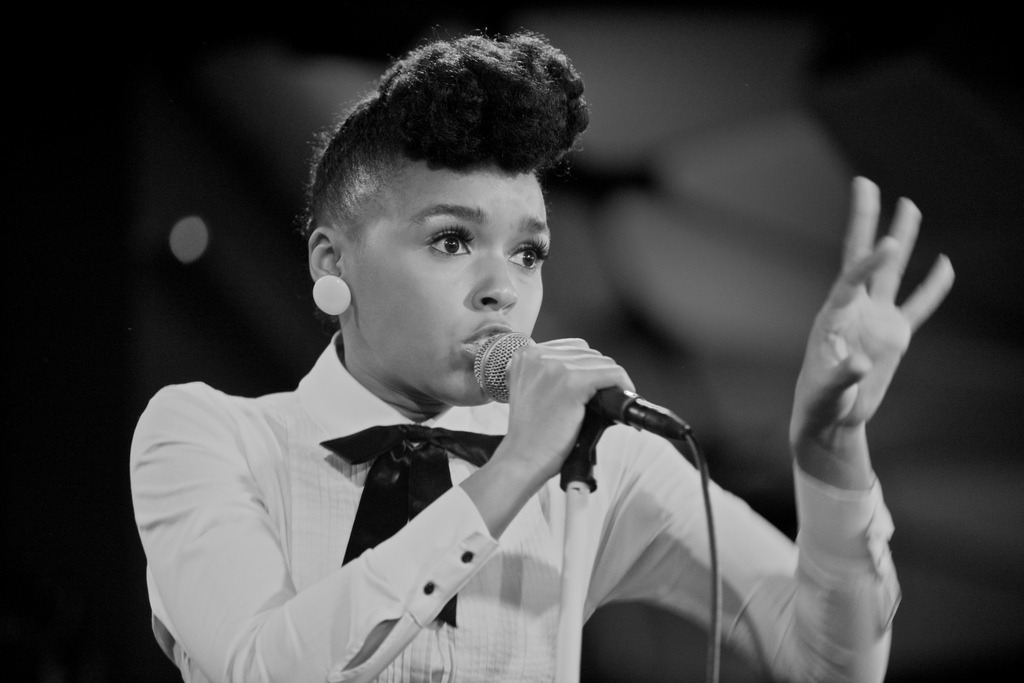 The idea of a queer icon in the entertainment industry is hardly a contemporary one; as far back as the 1930s, performers such as Bette Davis and Judy Garland were identified with by the LBGT community, with the latter leading to gay men being referred to as ‘friends of Dorothy’. As music evolved, so did the number of queer icons in popular media – some of the most well known include Queen’s Freddie Mercury, David Bowie, Cher, and Madonna. Although some were gay or bisexual themselves, this isn’t necessary to be considered a queer icon- owning this term simply means being popular among and supportive of the queer community. What artists resonate with LGBT+ today?

Born in Tokyo, Mitski Miyawaki is a singer-songwriter who is blazing a trail for queer Asian women in indie rock – a genre usually dominated by white straight men. Although Mitski is a private person, (even deleting her Twitter account and going on an extended hiatus), she is generally regarded to be queer as her songs often reference a love for both women and men.

For the most part, Mitski is an icon in the lesbian and bisexual women community, (or ‘women loving women’), as her songs tenderly touch on the subjects of unrequited love and loss of identity. For example, her song ‘First Love / Late Spring’ touches on first love and the vulnerability it creates – “please, hurry, leave me, I can’t breathe / please don’t say you love me” – which is relatable to queer women as they often experience first love later in life than straight women.

Destiny Frasqueri, better known by her stage name ‘Princess Nokia’, is a rapper from New York notable for her activism and convergence of different music styles. She combines rap, hip hop, and emo music to create tunes that promote intersectional feminism. In a past interview, Nokia emphasised that growing up near the queer community of NYC was an important part of her life and influence on her music – during the early stages of her career, she often performed at gay clubs.

When interviewed by the New York Times, Nokia emphasised that she created a safe space for outcasts at her shows: “the shows are a place of safety… a sanctuary for all those people like me… I started creating spaces where women… didn’t feel as if they had to aspire to be like me, that they were O.K. to feel like themselves.”

Janelle Monáe Robinson is an American singer, songwriter, rapper, and producer who gained great recognition among the queer community with the release of her third album, Dirty Computer. Her single ‘Make Me Feel’, released prior to the album, featured an exploration of female sexuality. Monáe identifies herself as bisexual/pansexual but prefers to keep her personal life private for the most part.

She told the London Evening Standard: “What I want is for people who feel oppressed or feel like the ‘other’ to connect with the music and to feel like, ‘She represents who I am.’” In fact, her songs often explicitly explore queer theme-  her track ‘Q.U.E.E.N’ is  about a love interest called Mary and was originally named ‘Q.U.E.E.R’. The chorus also has connotations of religion and acceptance, (‘say will your God accept me in my black and white? / will he approve the way I’m made?’), which is often a key struggle for members of the LGBT+ community to relate to.

Nat Puff, better known by her stage name Left at London, is a performer and internet personality hailing from Seattle. As well as being a singer-songwriter of indie-pop music, Puff is a transgender woman and an advocate for members of the LGBT+ community. On her Twitter account, she frequently promotes fundraisers to help other queer people in need and aims to promote positivity around being LGBT+, especially transgender. Puff told Vice in May: ‘I think, as a trans person, it’s often hard for us to see other trans people emanating joy; with my social media presence I want really want to show off my joy.”

Aiming to subvert traditional narratives of trans people, Puff is keen to tell a story about trans people that isn’t just ‘sad and lonely’. In her song ‘I DON’T TRUST U ANYMORE’, Puff conveys her anger at idolising a society in her youth that rejects her in her older years: ‘I started learning… it’s never been great / I see you suck up to me as they attack my sisters’. Released in 2018, Puff shouts back against a society that attacks her “sisters”.

Since the release of hit single ‘Girls Like Girls’ in 2015, Hayley Kiyoko has been rewriting lesbian narratives in love songs. Her songs are often upbeat, transgressing the traditional sad narratives about one-sided love, and her music videos are marked by the frequent feature of love stories. The onscreen romance normalises same-sex relationships and can be a source of strength for queer individuals coming to term with their identities.

Kiyoko is a keen advocate for LGBT+ rights, highlighting her own experiences in her music and raising awareness about violence against trans women in her video for ‘One Bad Night’ Additionally when 78 bras were thrown at Kiyoko during her tour, she donated them to I Support The Girls, an organisation which supports homeless women, in order to support displaced LGBT youth.

Although queer icons have always existed, there has been a positive shift in recent years. In the past, many artists couldn’t be open about their sexuality or had to be careful about what they said in regards to LGBT matters if they wanted to avoid scandal. For this reason, a lot of queer people in history have been written out of narratives. However, now LGBT+ icons are often celebrated both inside and outside the community and champion the rights of their supporters: this is part of a wider trend of acceptance of LGBT+ people in contemporary culture.