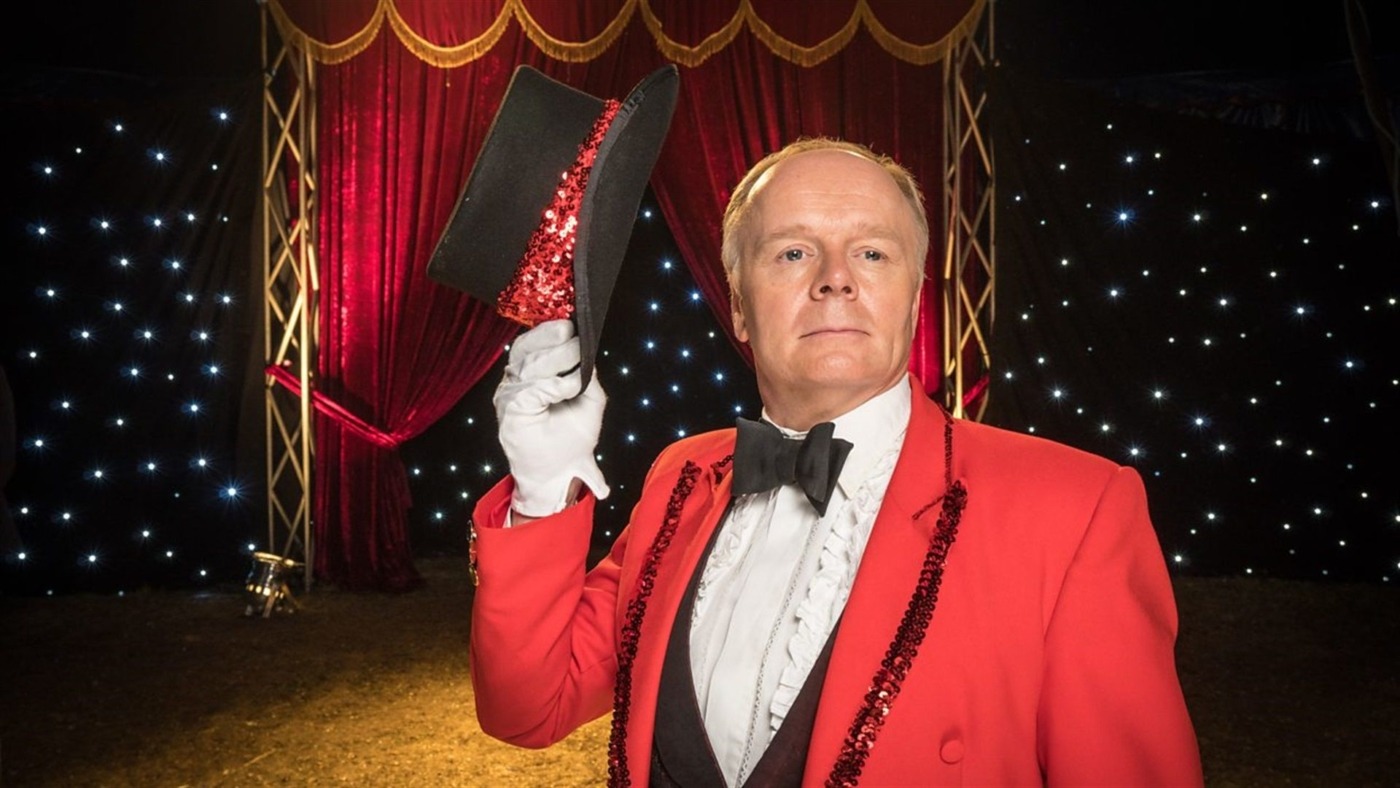 It’s time to head to the circus for our final instalment of Midsomer Murders series 20 – in ‘Send in the Clowns’, a death in the big top means Barnaby must once again dig through some family secrets to find the truth. We wrap up with a solid instalment, with some definite but minor faults that don’t impact on the fun.

It ought to be a happy time for Joe Ferabbee (Jason Watkins), returning to his hometown with his family circus. But the circus is struggling, and attendances are not being helped by sightings of a sinister clown around the village. DCI Barnaby is forced to face his fears and take his family to Ferabbees Circus, but things soon take a dark turn as one of the clowns, Terry ‘Groucho’ Bellini (Kevin Eldon) is shot to death in the middle of his act, ostensibly by his drunken partner Les ‘Oucho’ Morrison (Mike Grady). Barnaby and Winter soon learn, however, that Oucho didn’t fire the fatal shot, and forced to dig into the circus’ past to find the murderer.

As I always say, we’re guaranteed a strong guest cast in Midsomer Murders, and ‘Send in the Clowns’ is no different. We had the always-welcome Jason Watkins as the ringmaster, and he played well against Neil Stuke as his mentally-hurt brother Curtis (Midsomer fans may recognise Stuke as an officious government agent in ‘Secret and Spies’, one of the series’ best comic relief characters). Also of note is Lorraine Ashbourne as Daniella Bellini, a former gymnast turned-circus accountant, and Grady (known in our house as Barry from Last of the Summer Wine, which is inexplicably always on the television).

The circus aesthetic works well for some interesting deaths

I enjoyed the mystery in ‘Send in the Clowns’, even if a few of the resolutions are a bit lazily tied-up (you’ll be amazed at how many of the episode’s puzzles are wrapped up in a single person) and Barnaby’s resolution of the case is linked to such a coincidence, it’s almost comical. There’s a lot going on, but it never feels confusing or superfluous, and only a few characters miss out (Andrew Glover, as Joe’s son Harry, gets very little to do). The biggest gap in the episode was Barnaby’s supposed fear of clowns, which only ever came across as minor discomfort, in the few occasions it occurred at all. There’s no sense making a big deal of a fear that never manifests, or it’s just time-wasting.

We had some particularly grisly deaths in ‘Send in the Clowns’, the last of which is something out of a horror film, but it never feels overly gratuitous or stupid. The circus aesthetic works well for some interesting deaths and, on a wider scale, sets up some beautiful production design. And, on a regular cast front, the Barnaby-Winter dynamic retains its playfulness. In one scene, Barnaby makes a reference and then grumpily admits that every is ‘before Winter’s time’ – this set-up of an age difference is good for a bit of comedy, and I’m glad the writers have injected Winter with a bit of personality.

‘Send in the Clowns’ is an enjoyable episode of Midsomer and a solid way to end this run. Despite some weak instalments (with last week’s ‘Till Death Do Us Part’ by far the best example), this 20th series has been a generally good one – the addition of Annette Badland as Fleur has been a marked step up from the irritating Kam, and Barnaby has finally developed a good relationship with his partner, Winter. The major let-down has been the incredibly sporadic scheduling, and ITV’s seeming reluctance to publicise Midsomer at all – we started this six-episode run nearly a year ago, with episodes scattered throughout the schedule.

Gallery image with caption: Midsomer Murders – The Point of Balance 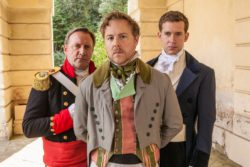