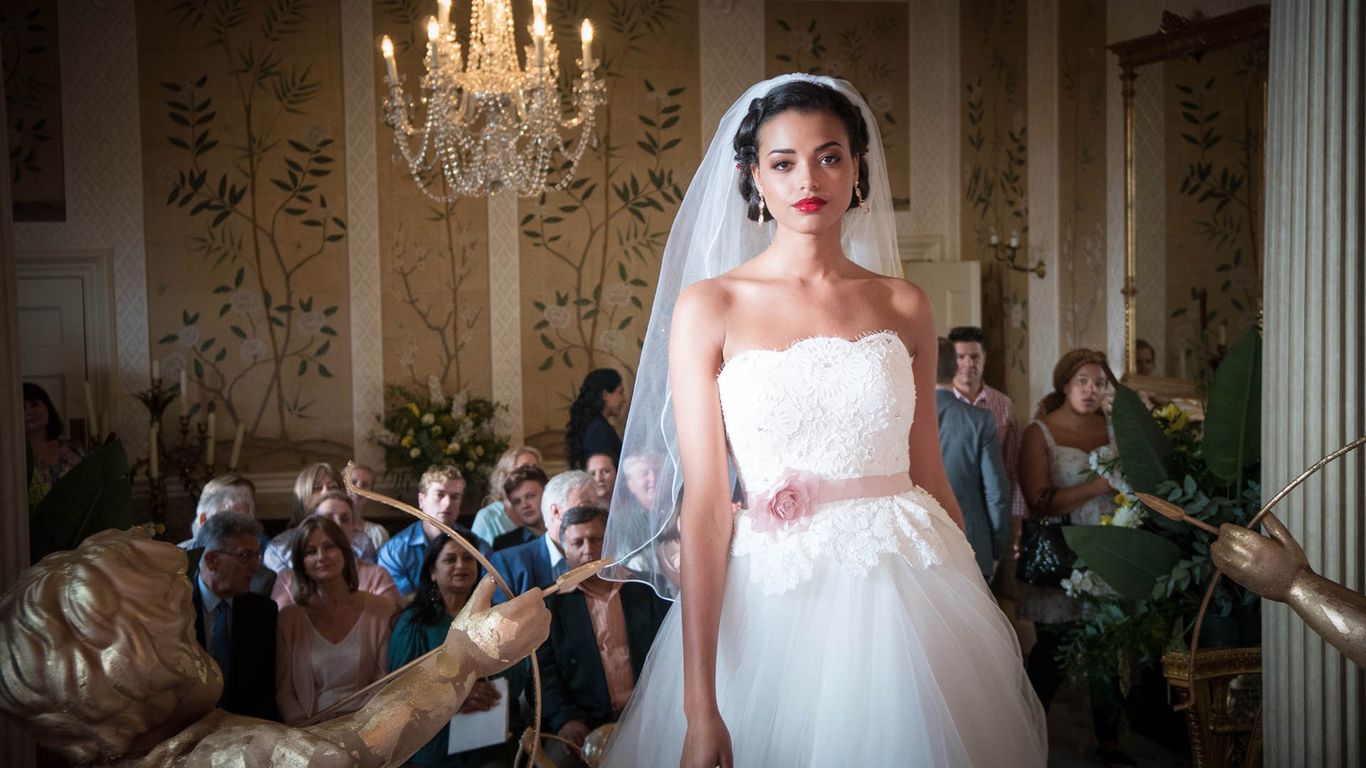 Midsomer Murders – Till Death Do Us Part

Even though the complete boxset for this series has now been in the shops for months, ITV are finally ‘treating’ us to the final two episodes of this series of Midsomer Murders. The first offering is ‘Till Death Do Us Part’, a fairly underwhelming instalment that wastes most of its guest cast and doesn’t ever sit well.

DCI Barnaby is less than impressed when Sarah drags him along to a wedding – things go from bad to worse, however, when Laurel (Kelly Brook), the bride, is found murdered in her suite, squeezed to death in her corset. The detectives learn that the bride was an outspoken radio presenter who’d made a few enemies, and find some interesting reactions to the murder by the groom, Gavin Webster (Michael Fox), his scorned ex-fiancée Serena (Camilla Arfwedson), his family. When there is a second murder, following a similar MO and also targeting a local bride, Barnaby must figure out the connection between the two deaths before the elusive killer claims another victim.

Midsomer Murders usually boasts a strong guest cast and ‘Till Death Do Us Part’ is no difference – however, I’d be lying if I said they were all used particularly well. I think Arfwedson is by far the best of the bunch, playing a monstrous yet fairly sympathetic wedding dress designer, and I wish she was used a bit more. You get familiar faces such as Fenella Woolgar and Nick Hancock as Gavin’s parents (the latter playing the least believable criminal in the world), and Liz Fraser crops up in what is her last-ever TV role, but they’re all just there.

Perhaps this stems from a script which has a lot going on, yet never feels as if anything happens. There’s a honeytrap storyline that just vanishes halfway through, some awkward blackmail, a drugs storyline from nowhere that (as far as I can tell) never really concluded, and all these things just fizzle away. In themselves, these pieces are clever (particularly some of the more Midsomer-ish drug elements – you’ll know what I mean when you see it), but they lack any form of momentum and add up to far less than the sum of their parts. ‘Till Death Do Us Part’ just kind of meanders along, ticking the boxes but not much else.

It just feels off

It’s hard to get over the feeling that there’s something wrong when you watch ‘Till Death Do Us Part’. There are some good amusing lines (mainly from Winter, whose sparring with Barnaby is proving one of the show’s best assets) and it’s nice to hear a bit more about Barnaby and Sarah’s backstory, but these are highlights in what is otherwise a really joyless episode. Part of the fun of Midsomer is that it is a fundamentally fun show, even in its darker moments, but this episode doesn’t manage it. Particularly in the ending, which is so bleak, the fun bit in Barnaby’s house immediate afterwards just doesn’t sit right.

On the subject of the ending, this is one where the motive for the murders just comes out of nowhere, and I don’t know how Barnaby got there. I don’t know if some of the key details were mentioned in the episode but, if they were, I missed them entirely, and I was paying attention. Springing a lot of backstory on us five minutes from the end is not a fair way to run a mystery, and it made for a very unsatisfying solution. Add this to some of the motives – one person was killed (and I’m not understating this) for standing somewhere they had no right to be at such a coincidental moment – and it just feels off.

Gallery image with caption: Midsomer Murders – Send in the Clowns