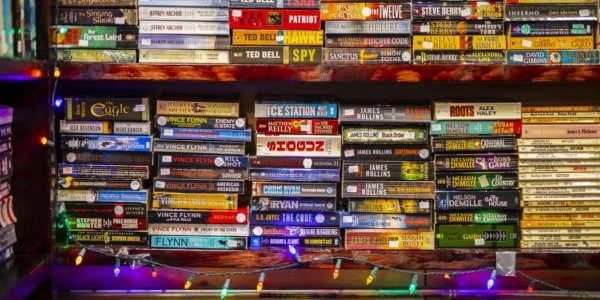 Not content with making headlines by awarding the 2019 Booker Prize to joint winners Margaret Atwood and Bernardine Evaristo, its committee has made a more astonishing move: acknowledging that popular fiction exists. It has invited Lee Child to join the 2020 judging panel, a move that can only be good in the long run.

Child is best known for writing the Jack Reacher series of books, 24 thrillers which have sold more than 100 million copies worldwide. In many ways, he’s an unusual author to be chosen by the Booker Prize Foundation – they’ve included popular personalities in the past (the 2015 judging panel had the actress Olivia Williams, for example), but all of the writers tended to be classical and scholarly. Writers that, in a word, are literary. And literary, almost invariably in our wider reading sphere, almost means obscure and not widely-read.

How can the Booker Prize be of any interest when it boasts a shortlist full of books I’ve never heard of?

The problem with award ceremonies like the Booker Prize is that when the shortlists are always things you’ve never heard of, they enforce an implicit distinction that there are books that are popular, and books that are ‘good’ and have literary value. Child himself has called out this bias – after winning novel of the year at the Harrogate Crime Writing Festival, he said that “the literary writers are seeing lots of people reading us and relatively few people reading them, and they’re cross about it”. Crime, thriller and horror are all genres that are considered ‘lesser’, and yet these are the genres that also generally prove most popular year on year. Ignoring them can only be put down to snobbery, a feeling that these stories are somehow not worthy of recognition.

There is concern about a lack of general public engagement with the Booker Prize, and that stems in large part from who constitutes its judging panel. More literary writers choose more literary winners and, although these books may be more technically accomplished than something popular, readers have no reason to show enthusiasm for books they don’t know. I read a lot but, looking back through the shortlists of the past decade, I’d only heard of one of the books – Margaret Atwood’s The Testaments – and that’s down to how The Handmaid’s Tale entered our cultural consciousness, not through any literary merit. How can the Booker Prize be of any interest when it boasts a shortlist full of books I’ve never heard of?

I don’t want to imply that popular is a synonym for good – the Fifty Shades of Grey series were some of the best-selling books of the last decade, after all. But hopefully the inclusion of a popular writer will help to destigmatise popular fiction in the eyes of the literary snobs, showing that popular writing does not necessarily imply that it is inferior. Indeed, surely we can argue that the accessibility of popular writing is far superior to the kind of books that the Booker Prize loves, dry texts that go nowhere and are an absolute slog to get through.

The whole point of the Booker Prize is to recognise the best original novel in a year – surely, if a book manages to resonate with a lot of the country and get them reading, that should be considered an achievement. I know that ‘best’ is such a subjective term and I’m not claiming that I can define it, but it feels like Booker judging panels all have a uniform idea of what is best. We need someone like Child to shake it up, to cast aside some of the institution’s snobbery and maybe, just maybe, help crown a winner that people may have actually read. I’m not saying that a popular book should win the Booker Prize every year, and popular writers will have piles of money and success to comfort them if they don’t – but perhaps the literary establishment could combat allegations of elitism by acknowledging popular fiction exists and has some merit.