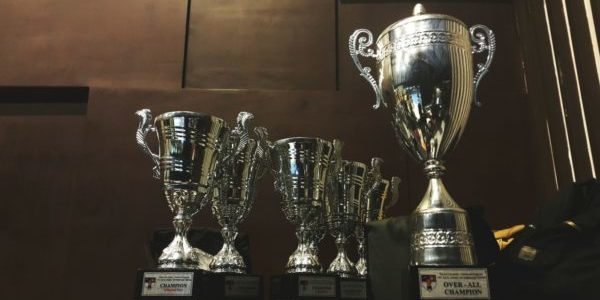 Negotiating the worth of literature

It has been several weeks since the judges of this year’s Booker prize shocked all by flouting the rules and jointly awarding the prize for the first time in almost 30 years. The choice of both Bernardine Evaristo and Margaret Atwood as winners has caused reverberations far beyond the literary sphere and opened discussion around issues of rules, representation and authority. While some commend the decision to recognise the importance of both writer’s work, we cannot ignore the implications of the first black woman ever to win this prestigious award having to share it. The question arises – who gets to decide what is considered worthy of such awards, and how exactly can you judge the worth of literature?

The verdict to split the £50,000 prize was dictated by a mere five judges, headed by chairman Peter Florence. Despite firm instruction from Gaby Wood – the Booker prize’s director – that the award must go to a single winner, the judges emerged from hours of discussion to crown both Atwood’s The Testaments and Evaristo’s Girl, Woman, Other. In their choice to fudge picking a winner – we encounter not only questions of what constitutes literary value, but a crisis of legitimacy. Arguably, it is inherently irrational and problematic for the opinions of just five people to dictate what the year’s officially ‘best’ book is going to be.

Wood explained that ‘the jury actively chose to reject the rules’. As well as going against convention, their refusal to adhere to rules which have been in place since 1993 arguably undermines the standing of the prize and its credibility as a mark of literary worth. In the subversion of rules and traditions, we are reminded that behind the award’s assured veneer, there are people just like us deciding who is and isn’t worthy of commendation.

One, a bestseller with political relevance for today’s society; the other, a verse novel which represents voices otherwise unheard

Considering Atwood has won the prize before in 2000, readers have debated what it is about the The Testaments that convinced the judges she must win again. The novel is the highly anticipated sequel to The Handmaid’s Tale; a dystopian series with an almost cult-like following, its readership reflected in sales of almost 180,000 within its first month of release. Evaristo’s novel, in comparison, sold just under 4,000 in the same timeframe. Her experimental work contained 12 stories which detail the experience of black women.

One, a bestseller with political relevance for today’s society; the other, a verse novel which represents voices otherwise unheard. The vast difference between the two works sparks the question of whether equating the worth of both books is a justified decision. Awarding both novels the prize leads to discourse on what the Booker should stand for and what its purpose should be. Some may argue it is more important to commend popularity and mainstream impact, while others would point to the need to provide voices to those less heard but just as deserving of attention. We face the debate on what is considered best, and indeed, if it is even possible to decide what that category consists of.

With much of the spotlight falling on the renowned favourite of Atwood, the choice of two winners is increasingly problematised. Publisher Sam Jordinson criticised the decision, claiming that “we were led to believe it was a book prize, not a career prize”. His protest suggests that that Atwood only won due to her popularity amongst the general public, a popularity that only grew off the back of the recent TV adaptation gaining a third series. A recent tweet documenting unfair distribution of the novels encapsulates much of the dissent towards Atwood’s win, the lacking copies of Girl, Woman, Other reflecting a lack of representation – not just for Evaristo herself, but for black writers in the literary world.

The implications of this year’s Booker Prize amounts to one important question – who has the authority to decide what is worthy, and how can that be decided?

As the first black woman to win the prize, the decision to not award Evaristo the win alone is significant. Having to share the award not only impedes on Evaristo’s achievement, but arguably mirrors a society in which black writers are consistently side-lined against what is considered mainstream or canonical. In a striking article by Sunny Singh in gal-dem discussing the undertones of white supremacy in Atwood’s novel, the Booker is criticised for refusing “to reward a prodigious black woman writer a win of her own”. Ultimately, splitting the prize signifies a missed opportunity to make history and uphold the importance of representing hidden voices.

The implications of this year’s Booker Prize amounts to one important question – who has the authority to decide what is worthy, and how can that be decided? Since the jury was able to bend the rules as they pleased, perhaps the criticism of their decision can be seen as a reminder of the impossibility of objectivity in the literary world. As such, the legitimacy of the very nature of book awards is threatened, as the criteria that the ‘best’ book of the year must fulfil remains just as ambiguous as ever.