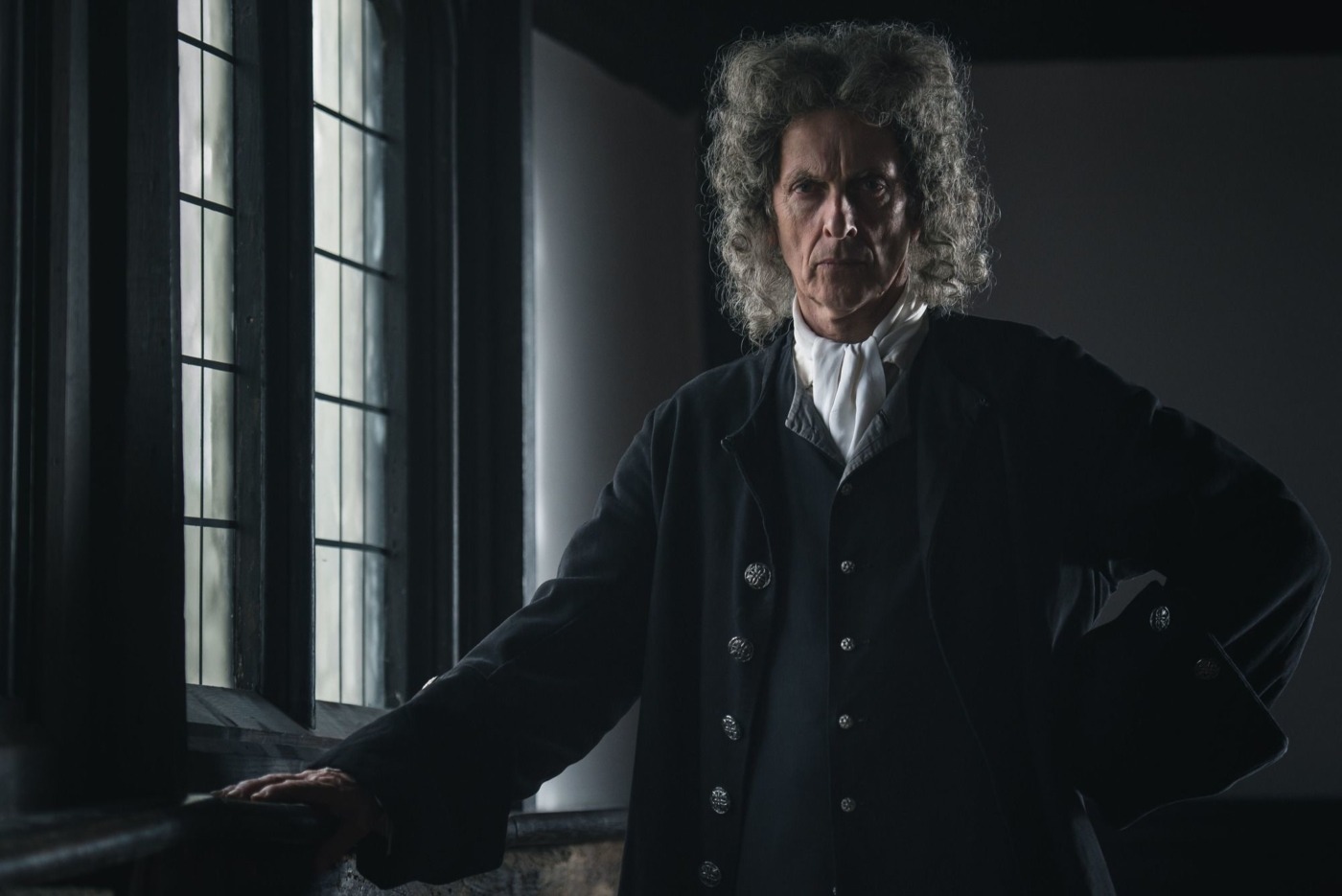 The ghost story is an essential staple of Christmas, and the BBC has once again turned to Mark Gatiss to provide its spooky tale. This year, Gatiss has adapted M R James’ Martin’s Close, a paranormal tale that inexplicably features essentially no chills. It’s not a bad piece of TV, I suppose, but it’s certainly a bad effort if you’re after any frights.

In 1684, a well-to-do young man called John Martin (Wilf Scolding) is on trial for the murder of Ann Clark (Jessica Temple), a poor servant girl suffering from some kind of mental impairment. Martin decided to engage upon what looked like a romantic affair with Clark, leading to the cancellation of his wedding and Clark’s relentless pursuit of him, quickly becoming “the very plague of his life”. Standing before the prosecuting attorney Dolben (Peter Capaldi) and the notorious hanging judge George Jeffreys (Elliot Levey), Martin’s fate will be decided by a jury of his peers. Or perhaps, before the trial is over, he may fall foul of the mysterious figure he keeps seeing…

It’s not a bad piece of TV, I suppose, but it’s certainly a bad effort if you’re after any frights

That promise of a mysterious figure may sound scary, but it fails to be in practice. For an eerie Christmas ghost story, Martin’s Close is really lacking both in ghostliness and eeriness, feeling more like an historical drama with the very occasional attempt at spookiness (and that won’t go far if you don’t find a figure standing to be frightening). I criticised Gatiss’ The Dead Room last year for not being overly frightening, but at least it actually tried to be and had its moments – I think the biggest issue in this ghost story is that it barely works as one.

However, despite the general lack of atmosphere, Martin’s Close is carried by strong performances by its two leads. Peter Capaldi is never less than brilliant in anything, so expect nothing different here – he sells the air of an attorney, intent of sending Martin to his death despite the circumstantial evidence. It’s Levey who is the standout, though, channelling incredulity at the stories of ghostly goings-on, and he also gets most of the funny lines. It is also worth highlighting Simon Williams, who plays a modern-day narrator relating certain details that we don’t have the time to get too. He fills in a lot of details, but he’s so charming that it’s hard to read it as the cynical plot device it is.

Martin’s Close is really lacking both in ghostliness and eeriness, feeling more like an historical drama

On the subject of time, my immediate thought at the end of Martin’s Close was that it really could have done with more. The show is an odd combination of feeling rushed and full of detail, yet everything is really sketched in – we breeze from one thing to the other, and it means that the atmosphere this story is clearly angling more never really materialises. A lot of questions are posed and none of them are answered – I appreciate that you don’t want every little detail in a ghost story explained, but at least one would be nice. Even an extra 15 minutes would have gone a long way, enabling some much-needed development or some actual chills.

For me and many others, the ghost story is a Christmas tradition, and this effort will have proven incredibly underwhelming. I enjoyed Martin’s Close and I thought the acting was great, but I was never even slightly scared, and that was a shame. Catch up if you’d like – you won’t waste the half-hour you spend watching it, but you won’t need to keep the lights on either.