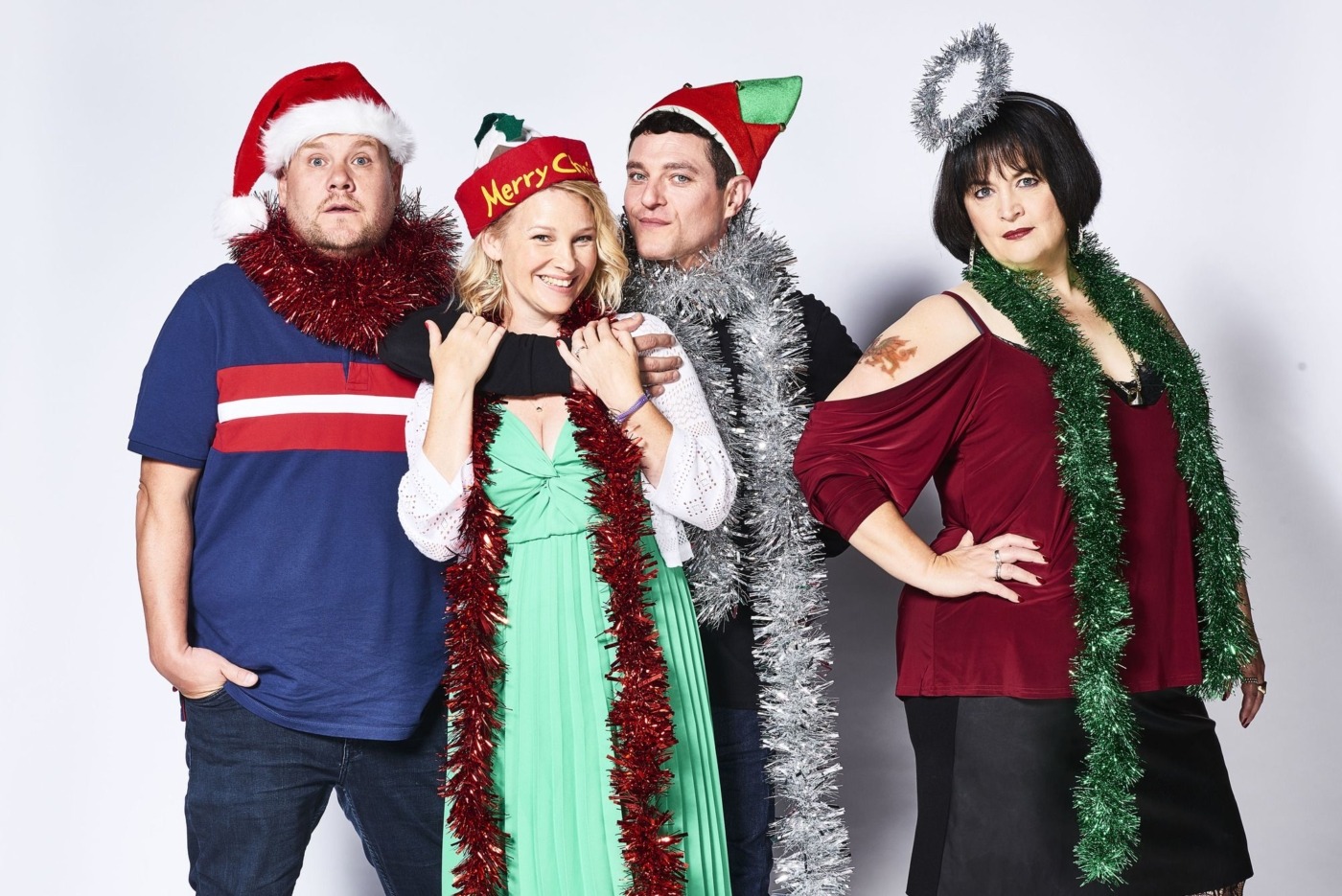 One of the main reasons I love Christmas is being able to watch all of the television specials. The Office and the Gavin and Stacey specials, which I review here, will always be my personal favourites. The reason why I love these two in particular is because they aren’t focused on giving us a glossed over winter wonderland or selling us the perfect Christmas. It’s about Nessa in a Father Christmas outfit, knee-high leather boots, and a cigarette hanging out of her bottom lip. It’s about seeing Gareth in the ‘hot-seat’ and Brent trying and failing to be politically correct. If you don’t get these references, then my brief reviews will hopefully twist your arm into giving these two a watch. They’ll undoubtedly get you laughing while getting you more into the festive spirit.

I’m not quite sure if the number of times I’ve watched this episode over the years says more about me needing to move on and get over it, or how great this special is. From Smithy and Gavin singing “Do They Know it’s Christmas” down the phone to each other, to listening to Mick fussing about his “Norfolk Kerry Bronze” throughout the episode, this episode is a gift in itself that I will forever whip out during this time of year.

We are given all of the things that we love about the standard series: stories from Nessa’s past, Pete and Dawn having a blazing row, Bryn being the ray of sunshine he always is, and Gwen mentioning that she is partial to an omelette. The episode succeeds in making the viewer feel a part of the festivities, and it’s heart-warming to see the West and Shipman households come together. Although the series is hilarious, it’s also lovely in every sense of the word; they give us a relatable family celebrating Christmas, without leaving out the inevitable clashes and drunken moments.

I’m sure that this year’s Christmas Special, which writers Ruth Jones and James Corden announced earlier this year, will be just as incredible. We all have burning questions and theories of what this episode will contain. What does Gavin and Stacey’s little family look like now? Are Smithy and Nessa an item? Yet, I hope that this year’s Christmas special doesn’t focus too much on answering there questions. Instead, all this episode needs to do is continue as it started: an original series that is both stripped-back and an outstanding piece of comedy writing.

If you want to see Brent parked up in a lay-by eating a steak slice, Big Keith tackle a giant scotch egg, or more camera pans of that miserable magnolia office – then this two-part Christmas special is a bit of you. There’s no glamour, no outright festive cheer, just workers in an office in Slough working towards the end-of-the-year Christmas do. Admittedly, cheap tinsel and Santa hats do add a pop of colour to the mockumentary set. Yet, what makes these episodes so great is how they just so happen to fall on Christmas. It provides a reason for checking up on the Wernham Hogg employees and doesn’t undermine the credibility of the original series – something that the creators, Rickey Gervais and Steven Merchant, have always been concerned with. The two series and a special seems to be the magic formula for these two, with this being repeated in Extras and in Gervais’ solo series, Derek. Ultimately, the final episode succeeds in tying everything together, with the viewer being left with one complete snapshot of life in an office in the early 2000s in Slough, Reading.

There’s no glamour, no outright festive cheer, just workers in an office in Slough working towards the end-of-the-year Christmas do

If you haven’t seen these Christmas episodes already, watch them. If you already have, watch them again. From a viewer who is a massive fan of all of Gervais’ work, this series never gets old. I walk away from watching the final episode in high spirits, knowing that things started looking up for Brent, as well as feeling lucky enough to celebrate Christmas without having to make celebrity appearances dressed as Austin Powers. That being said, I don’t get to join Tim and Dawn in asking Gareth questions about being in the Territorials, which is deeply unfortunate.