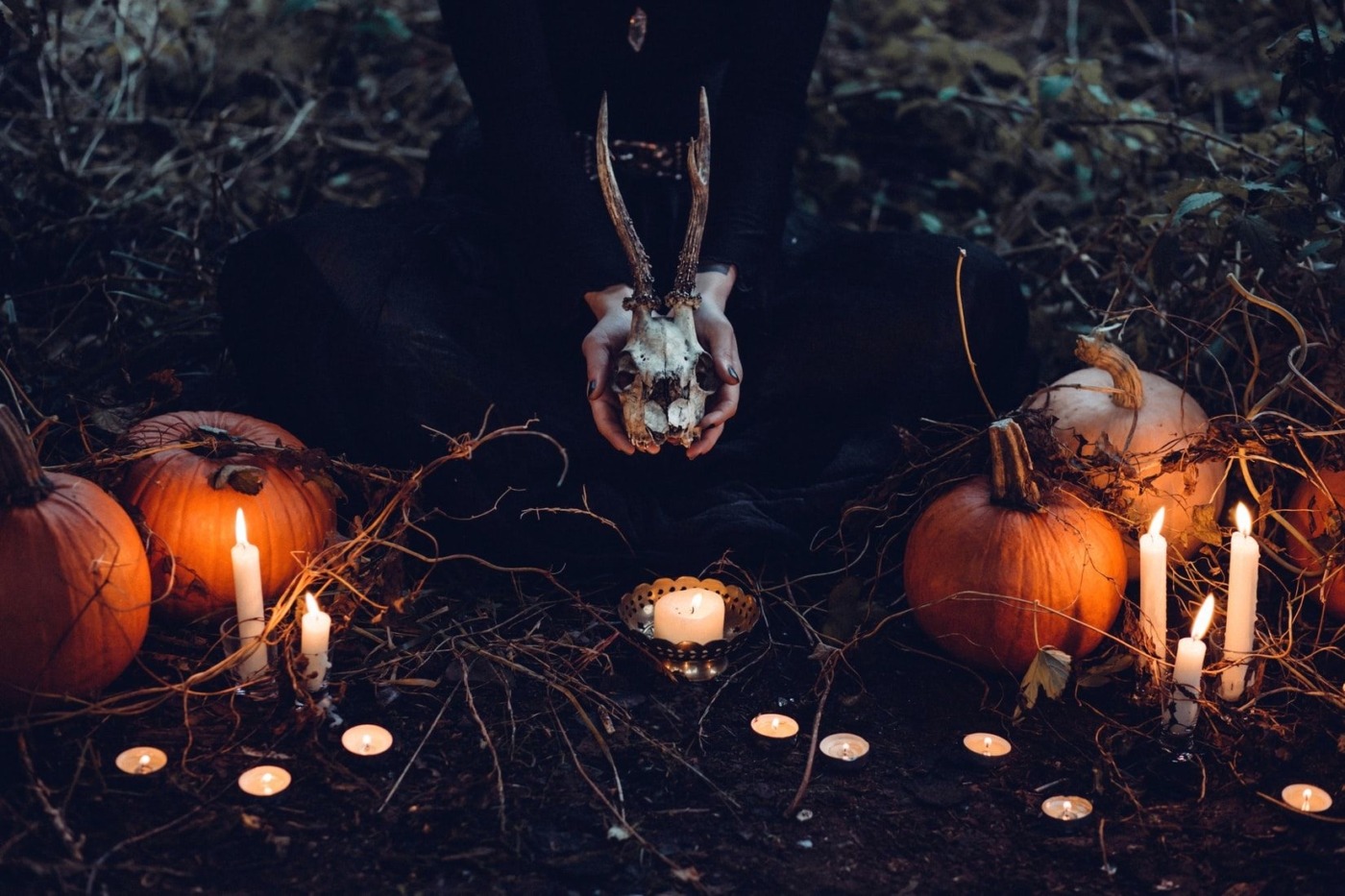 There is a striking atmosphere present in Malgorzata Szumowska’s English language debut, The Other Lamb. Presenting the existence of a cult in the woods, far removed from any contemporary society, Szumowska uses her camera to frame a chilling tale of cults, the power that can be exploited, and the prison of patriarchy, as if Margaret Atwood had written a horror film. Almost like Martha Marcy May Marlene by way of The VVitch.

Born into ‘The Flock’, young Selah (a commanding Raffey Cassidy) is one of the cult leader’s favourites due to her ‘purity’. The leader of this cult, the patriarch referred to as ‘Shepherd’ (Michiel Huisman), suffers from an entitled Messiah complex. He has it down to a tee – the long luscious hair and beard combination only compliment the cult member’s obsession with him. Suggestions of a rock-god aren’t far off: during a sermon early on in the film, ‘The Flock’, all female, scream his name and reach out to him as if Mick Jagger had just started a performance of ‘(I Can’t Get No) Satisfaction’. With ‘The Flock’ split into two groups (“My Wives, My Daughters”), Shepherd gives his attention as he pleases. When they are forced to move from their home in the woods, the cult must venture to find their new Eden, where upon Selah begins to have doubts and questions her position and belief in the life she has always known.

Szumowska uses her camera to frame a chilling tale of cults, the power that can be exploited, and the prison of patriarchy

While the themes present in The Other Lamb may have been found elsewhere, from positions of power to a woman’s agency and worth once she has reached a certain age – “Remember when he used to look at us that way? Full of grace…” – Szumowska’s direction and the cinematography by Michal Englert allow us to see such a tale in a new light. The film plays with the camera in every way it sees fit. Slow zooms, evoking the films of Nicolas Roeg, create an unbearable sense of unease, and the framing of Selah perfectly evokes her sense of confusion and isolation. At one point, Szumowska employs a Dolly Zoom as Selah is lying down on top of a mountain, and it is one of the finest examples of the technique I have ever seen. Englert’s beautiful sweeping shots of the landscape, mixed with the more personal shots help create a fixating atmosphere. Even when horror imagery shows its face, you simply cannot help but keep your eyes locked on the screen. The deliberate pacing of the film only adds to the eerie atmosphere that the film captures so eloquently.

It is through Cassidy’s Selah that we take this journey on, and Szumowska never lets us lose her perspective. From the film’s first act where she gives off a childlike sensibility: fighting with the other ‘daughters’, where they tattle tale on each other, through the desolation that a power imbalance entails, all the way to the (what I’m sure will be) iconic final image, we feel her every emotion. Raffey Cassidy does a fine job portraying Selah, capturing her innocence, and then her transformation as she comes to the realisation of her position in the world, and what she can do to change that – The Other Lamb could just as easily be classified as a coming of age film.

Even when horror imagery shows its face, you simply cannot help but keep your eyes locked on the screen

With its relevant and concurrent themes, and its stunning visuals mixed with a slow burn of a pace, The Other Lamb is certainly more art house fare than the typical horror film you’ll find at the multiplex. But for those who decide to venture on this journey with Selah, it is certainly an arresting watch.