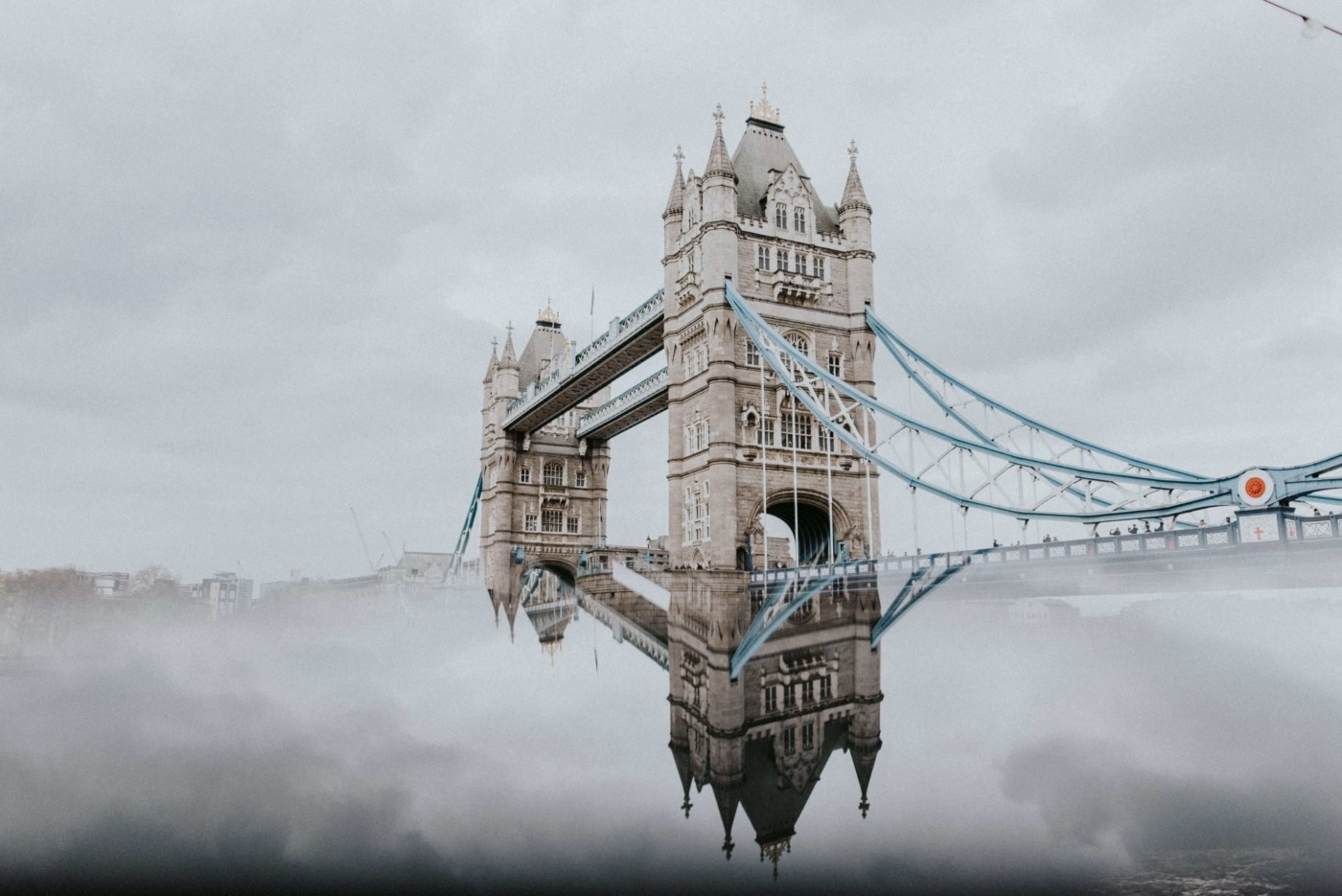 Two key issues are currently central to our social and political climate: Brexit and the climate crisis. As anxieties build, it seems that we are at a defining moment in both British politics and throughout the world. But how are these issues impacting our lifestyle? One industry with a seemingly uncertain future is fashion. The uncertainty of Brexit is making leaders of the fashion industries anxious about their future. The climate crisis has sparked change in the industry, with many leaders of the fashion world anxious for a move towards sustainability. Darcey Edkins and Lucy Martin discuss how these anxieties haunted London Fashion Week, and what this means for the future of the fashion industry.

We are at a defining moment in the history of our planet. The hysteria surrounding the climate crisis is at an all-time high, and the call for action has never been greater. The world of fashion has often been criticised for ignoring the demand for sustainability. However, this year’s London Fashion Week may be the first to change that.

A week before the start of the five-day event, the British Fashion Council launched a new initiative named the Institute of Positive Fashion (IPF). The IPF intends to “accelerate progress made in all areas of sustainability”, creating impact through “educational programmes and campaigns aimed at both industry and the public”. This comes after the climate campaign group Extinction Rebellion announced its plans to “shut down” London Fashion Week in “recognition of the existential threat that faces us”.

The anxieties surrounding the climate crisis are beginning to impact the fashion industry. At this season’s Fashion Week, there was a great deal of emphasis on sustainability. The French designer Roland Mouret partnered with a company called Arch & Hook to create clothes hangers from 100% recycled marine plastic.

This included designers who are paving the way for equality, diversity and sustainability in the industry

“The volume of clothes hangers that went to landfill last year in the USA could build a structure the size of the Empire State Building”, Mouret told The Guardian. “It is time for us to take responsibility for our actions, and to build a more sustainable future for fashion”.

Another example of positive action in the fashion industry was the #PositiveFashion exhibition at London Fashion Week. This included designers who are paving the way for equality, diversity and sustainability in the industry.

Someone who is pushing the boundaries of sustainable fashion is the 23-year-old British designer Patrick McDowell. As a teenager, McDowell made clothes out of unwanted end-of-the-line fabrics and materials. His latest collection, Fire Fighting Aunties, was created from surplus fabric donated by Burberry and crystals by Swarovski, and was displayed as part of the #PositiveFashion exhibition inside the London Fashion Week headquarters.

In the world of haute couture, Christopher Kane’s show Eco-Sexual combined floral motives and plunging necklines in a celebration nature and love. “It’s about people who love nature,” declared Kane. “Making love in nature. Being in touch with the earth. Sleeping with the stars!”.

To marry sustainability and sexuality in such a way is an achievement in itself. Since establishing his brand in 2006, Kane has often been recognised for his commitment to environmental and human rights activism. This latest collection, with its eco-erotic theme, highlights the importance of the climate crisis in the industry.

Whilst it is clear that sustainability and issues relating to the environment are important to the convenors of London Fashion Week, Extinction Rebellion activist Sara Arnold argues that “what is happening is not in proportion to the crisis we are in”. Despite the good intentions of environmentalists in the industry, Arnold points to the fact that the level of clothes production is set to increase by 63% between now and 2030.

The connection between London Fashion Week and the environmental crisis is not an obvious one. Nevertheless, it is an important reflection of our times. Now, every decision we make must be checked against a ticking time bomb of environmental destruction. There is no such thing as feigning ignorance when it comes to saving the planet. If they were not before, the leaders of the fashion world are now acutely aware of this fact.

In the context of a series of global climate protests which dominated this September’s London Fashion Week, British politics seemed to take a backseat on the catwalk. This was not expected. In February, London Fashion Week was home to political debate; activists walked Vivienne Westwood’s runway, protesting capitalism and Brexit. Speeches were made, and the politics of the outside world infiltrated every corner of the event.

It would be expected that following on from February, Brexit would return again to the forefront of London Fashion Week. Instead, climate change took centre stage. However, tachis is not, to say that Brexit was not discussed. During a pivotal week in British politics, it was inevitable that Brexit would make an appearance. Politics was still a haunting presence at London Fashion Week.

Designer Roksanda Ilinic explained that fashion and art are positive forces in dark times. Her work is colourful, architectural, and artistic. She said, “It’s wonderful what is happening in London right now: a merge of different artistic disciplines- like art, fashion, music, literature, poetry- everything is somehow lowering the boundaries and becoming one.”  Ilinic alludes to the solidarity among creative disciplines in the face of uncertainty.

The anxiety surrounding Brexit certainly didn’t dampen the spirits of attendees, as the vivid colours and styles contrasted the chaotic political climate. The colours themselves were a rebellion against the darkness of politics.

There was a vibrancy to this year’s London Fashion Week, mirrored by its diverse audience. It is safe to say that Brexit has had little impact on the international appeal of London Fashion Week as it continues to attract people from all over the world, including designers from more than 19 countries.

Paul Yuille, Director of Recruitment at London College of Fashion, argues that the UK fashion industry is “open and inclusive.”  Members of the British industry are anxious to avoid losing the talent offered by the member states of the EU. They are hopeful that Brexit will not mean a loss in trade links and the international nature of the industry.

Although there is some hope, there is a wide sense of anxiety surrounding Brexit that overwhelms the industry. Henry Holland, founder of the celebrity label House of Holland, has expressed his fears that the uncertainty of a no-deal Brexit makes it difficult for businesses to plan for the future. He stated that he is “petrified about the future”.

Throughout the industry, there is an overwhelming sense of uncertainty about what the future will bring

Exchange rates are causing problems within the fashion industry. The purpose of London Fashion Week is to allow customers to place orders for items that won’t come out for several months. It is hard to agree on a price for clothes months in advance when the value of the pound is changing so drastically. Designers often launch their lines at London Fashion Week with the promise to go on sale in February, but the uncertainty of a no-deal Brexit in October is making this nearly impossible.

The UK fashion industry is worth £32 billion and employs as many as the financial sector.  Should the consequences of a no-deal Brexit on such a big industry not, therefore, be a priority for the government?

Lots of designers are choosing to celebrate European culture as a way of protesting Brexit. Burberry’s Riccardo Tisci, for example, is one of these designers keen on demonstrating that Europeanism is not something to be ashamed of or angry about. Burberry is Britain’s biggest heritage brand, but the Italian designer has a global vision. Burberry’s traditional Nova Check was replaced with monochrome, silvery grey and camel designs. The line is titled ‘Evolution’.

It is clear that the fashion industry is undergoing a great change, perhaps even an evolution. Throughout the industry, there is an overwhelming sense of uncertainty about what the future will bring.

Gallery image with caption: Power dressing: fashion and protest through the years 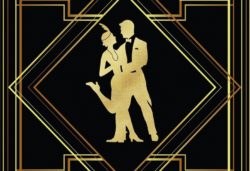 Gallery image with caption: The Roaring Twenties: fashion predictions for the next decade

Gallery image with caption: How often should you wash your clothes?