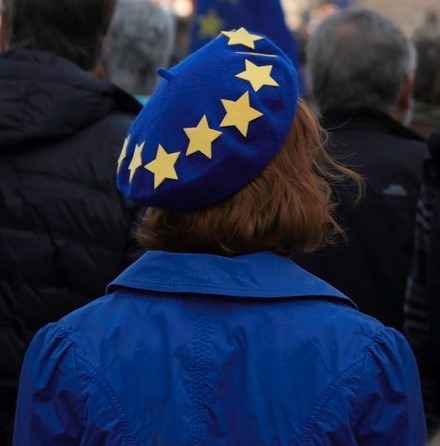 When people voted for Brexit, I highly doubt that they had the best interests of our wardrobes in mind. I’m not suggesting that we’ll all be wearing tweed after March 29 (although that wouldn’t be the worst thing to come out of Brexit), but leaving the European Union will have a significant impact on the British fashion industry.

Back in 2016, so many moons ago, before many of us even believed Brexit could be a possibility, the British Fashion Council (BFC) took a survey of 500 designers and found that 90% of them were planning to vote remain. That’s an overwhelming statistic.

It should come as no surprise, therefore, when I say that Brexit will mean fashion shambles.

If you Google search, ‘Brexit fashion’ you’ll be inundated with facts about trade and predictions regarding the financial impact Brexit will have on retailers. It’s all very frightening. Just under £10 billion worth of shoes and clothes are brought in from Europe every year, but how will this be impacted by new trade deals? And 10,000 Europeans are employed by the British fashion industry – their lives are now uncertain.

In January, the BFC made a plea for a People’s Vote, arguing that a no-deal Brexit scenario “should be avoided at all costs”, particularly emphasising the chaos it would cause for trade. Their stance has been supported by a number of designers. Katherine Hamnett told Vogue that, “seventy-five per cent of our components in fashion are imported, so, after Brexit, they would all become more expensive.” Those jeans you’ve had your eye on? Snap them up now before prices across all British clothing brands inevitably spike.

Hamnett also claims that there will be an increase in shipment delays. As fashion is an industry so heavily dependent on time, this could be detrimental. I am someone who relies far too much on online shopping for last-minute buys, so the thought that delivery services could be disrupted fills me with dread. Priorities, right?

Hamnett is best known for her political statement T-shirts. If you’re in the mood to make a point, she has T-shirts that say ‘CANCEL BREXIT’ and ‘FASHION HATES BREXIT’ for sale on her website.

Not only does Brexit mean changes on the financial side of fashion, but it will change British fashion trends. A twisted kind of silver lining to political shambles is that it’s often in the bleakest times that the most thrilling and radical culture emerges. Literature, art, music, fashion – they all go through significant changes.

Alexander McQueen emerged as a fashion icon during the 1990s, at a point of deep recession. One of his most provocative fashion collections was released in 1995, and titled ‘Highland Rape’. Bruised and worn-out models walked his runway, wearing tattered tartan clothing. This was not only a critique of misogyny, but symbolised the English “rape” of Scotland that took place between the 18th and 19th centuries. I wouldn’t be surprised if, in the wake of Brexit, similarly subversive collections were to emerge.

Vivienne Westwood, famed for her role in shaping punk fashion in the 1970s, is another designer who likes to make a statement. I personally remember going to a shoe exhibition of Westwood’s when I was about ten and being appalled by her penis-shaped high heels. And I’m not the only one who’s been shocked by Westwood’s work, which is known for its controversial nature.

In 1989, Westwood impersonated Margaret Thatcher on the cover of Tatler, with the caption, “this woman was once a punk.” She actually managed to get her hands on a suit that Thatcher had ordered herself. A week later, the editor of Tatler, Emma Soames, was fired. Should we expect an impersonation of Theresa May on the next cover of Tatler? I do hope so.

At London Fashion week this year, the veteran designer made bold political statements. The models read speeches and poems as they walked down the runway. One said, “Brexit is a crime, we should be cooperating, not cutting ourselves off from the world.” In the midst of political chaos, creatives are rising to make themselves heard.

The darkness of imminent Brexit loomed over London Fashion Week, but the designs were brimming with colour. Ruffled, feathered and multicoloured dresses were paraded down Mary Katrantzou’s catwalk. The Turkish designer, Bora Aksu, chose to use romantic pastels in his designs to “lighten the mood”. Richard Quinn similarly took a creative stand against Brexit, designing beautiful pieces inspired by the natural world and covered with bright floral details. His set was like something out of a fairy tale.

Quinn’s words after the show were, “in these dystopian times, there is a search for the things that can light our way.”

Creativity is needed now more than ever. The flourishing passion and innovation of designers will have to hold the British fashion industry together as we plummet headfirst into Brexit shambles.