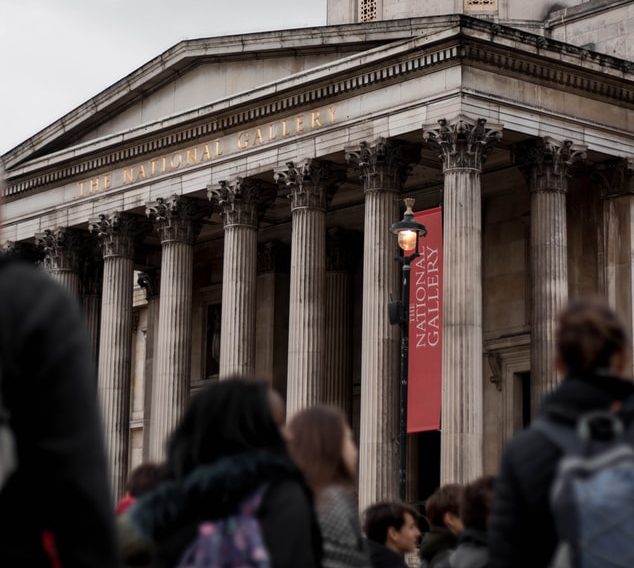 The National Gallery has recently come under fire for its decision to maintain sponsorship ties with oil giant BP, in a letter penned by a group of leading artists. Written on the eve of the annual awards evening and addressed to the director of the gallery, the artists compel Nicholas Cullinan to reconsider the gallery’s links to the company. It’s argued that the alignment with BP advocates and advertises an industry that is contributing devastatingly to the climate change crisis. This endorsement, they suggest, is unacceptable.

The issue of the lack of funding in the world of art has increasingly been a major problem in preserving the culture in society. The decision to accept a sponsorship deal may have been a salvation for the National Gallery, without which they would struggle to maintain the institution and be forced to close.

Regardless of how beautiful the art is, unfortunately they still need money in order to continue their work

In this context, accepting the deal is an understandable decision. The gallery will, of course, attempt to stay open through any means available and to turn down the offer of sponsorship from such a huge business just wouldn’t make sense financially. Regardless of how beautiful the art is, unfortunately they still need money in order to continue their work.

However, there is something intrinsically problematic about the connection between BP and the arts. The pieces exhibited in the National Gallery, or any gallery for that matter, often seek to depict the beauty of life. The natural world, humanity and nature are animated through various mediums, and visitors appreciate the aesthetic and moral significance of each piece. Art institutions hold a significance beyond being just a business: they represent something more meaningful than the money made. In sharp contrast, the industry of oil has no appreciation for these concepts and is based inherently upon a cold, apathetic mentality of generating profit.

Given that the natural world that artists so often use as their muse is steadily being corrupted and destroyed by the likes of BP, there’s a kind of morbid irony in the oil company’s choice in sponsorship. It’s hard to ignore the fact that the money they give to the National Gallery directly implicates the abuse of natural resources that is required to generate that profit. As a result, the attempt to combine the morals of BP with the sentiments of the art world is, to say the least, jarring and confusing.

Perhaps BP hoped that investing in a cultural aspect of society would soften the image of the company as being partly responsible for the climate change crisis, and begin to reform the public’s opinion. However, investing in a medium that has been used to articulate dissent against the environmental irresponsibility BP themselves are guilty of is hugely paradoxical. If anything, their choice in sponsorship only serves to highlight this hypocrisy, and artists are well justified in their protest.

As much as the art industry may need all the money it can get, the terrifying pace of the climate change crisis caused by companies like BP means that soon enough, the natural world won’t be available as a muse and there won’t be anyone left to enjoy what the National Gallery has to offer. Sacrificing the moral responsibility of exposing the fossil fuel companies that have such a major impact on the natural world simply to stay open isn’t a good enough reason to approve such practices, in my opinion.

Accepting the sponsorship generated from essentially destroying the earth morally devalues the significance of the National Gallery and, suddenly, it becomes an apathetic institution built on corrupt oil money. It’s integral that art institutions and artists themselves follow suit and take a stand against the destructive mentality spearheaded by BP, enacting a significant change before it’s too late.