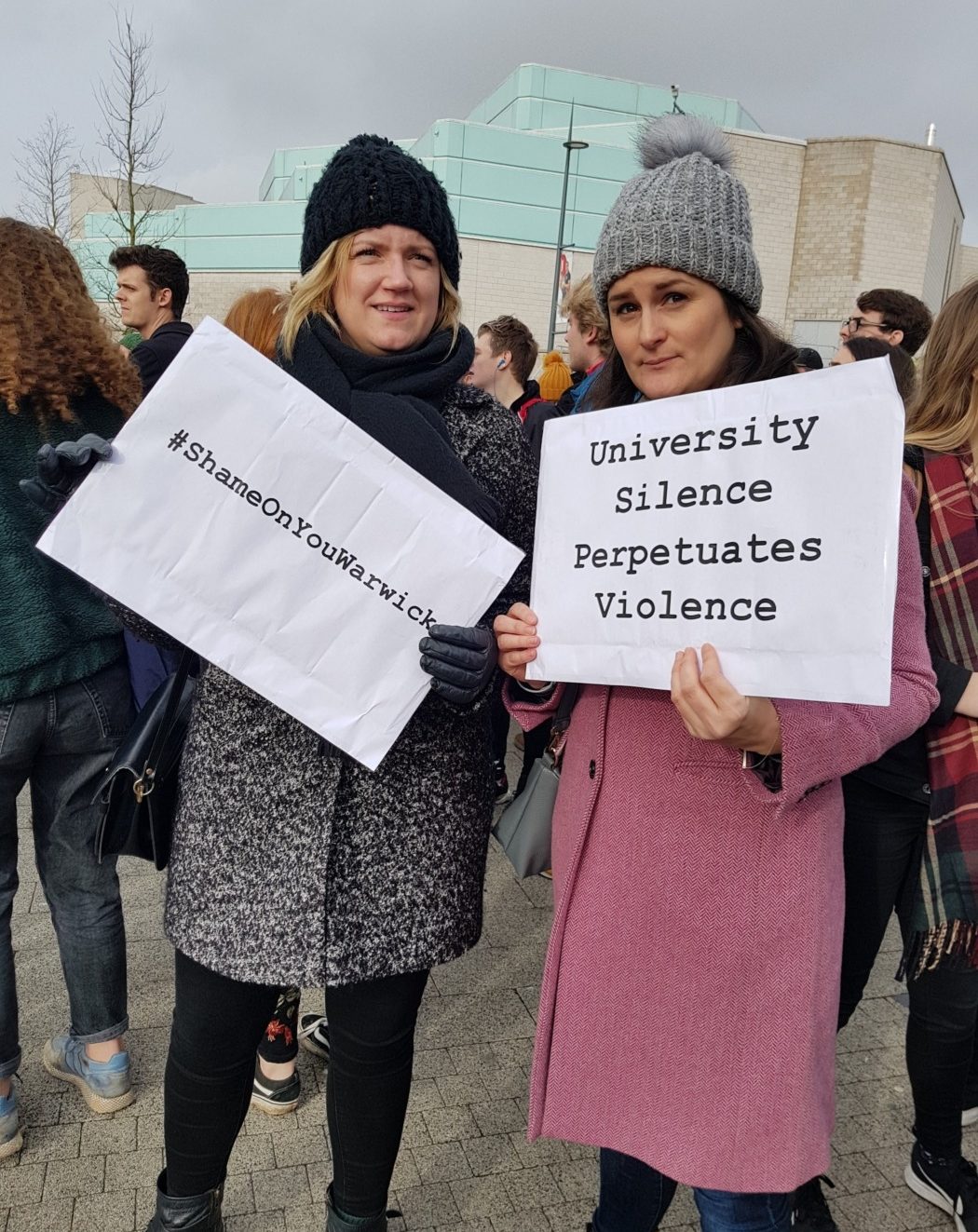 The Warwick Alumni Solidarity Campaign have written an open letter to senior management, students and staff in response to the group chat scandal. The letter demands a thorough review of the disciplinary system, increased investment in the University’s welfare services, and that all senior management responsible for the “administrative debacle” to be held strictly to account. The open letter has received 275 signatures.

The campaign also demands that the University work with students to develop a Code of Conduct that promotes a zero-tolerance approach to any form of discrimination, harassment, or bullying, and additional funding for long-term awareness campaigns on sexual harassment, racism, anti-Semitism, ableism, homophobia and transphobia. Warwick currently has a Dignity at Warwick policy in place.

Following the news on Monday that the two individuals with their sentences reduced from a decade to one year will no longer be returning to the University, Warwick Alumni have said: “despite the recent announcement that the two perpetrators who successfully appealed will not return in October 2019, the repeated failings of the university throughout this debacle remain of serious concern to us all”. They also clarified that they are still calling for “any students which perpetrated the hate speech” not to be reinstated at the University.

The Warwick Alumni Solidarity campaign commented that they waited until now to post a statement to coincide with a student protest that took place today in response to the University’s handling of the group chat disciplinary process. Amidst the protest, the University issued a statement stating that an “external and independent review of our disciplinary and appeals processes” will take place.

The Boar spoke to Warwick graduate Lucia Leon, who attended the protest: “For me as a Warwick alumni it is about turning up and showing solidarity… I am appalled as an ex student, appalled as a woman, appalled as someone who lives locally. It has to be challenged – we cannot perpetuate this sort of rape culture in 2019. We have got to do better.”

The 275 signatures from Warwick graduates and former staff allegedly from up to five decades ago and include teachers, lawyers, writers, CEOs, comedians, academics, and TV/film producers amongst others.

The letter foregrounds the campaign’s principle that “Nobody, anywhere in the world, should be forced to live side by side with individuals who have perpetrated an atrocity against them. Unlike most of the world, however, a university has the luxury of preventing this.”

Alumni and former staff also criticised the “direct vested interest in minimising the fallout of this affair” affecting the investigation attributed to the role of the Press Director of the University as investigating officer.

Despite the recent announcement that the two perpetrators who successfully appealed will not return in October 2019, the repeated failings of the university throughout this debacle remain of serious concern to us all

The letter elaborates that, whilst as a community, alumni and student staff have decided not to end financial support to the alumni fund, or encourage potential students and their parents to boycott the university, however authors of the letter suggested that individuals are already taking action in response to the way in which the University is currently acting.

Warwick alumni formed the Warwick Alumni Solidarity Campaign on Saturday to unite graduates against the University’s decision to allow the men to appeal their punishments, and the University’s handling of the complaints process.

Shaharazad Abuel-Ealeh, Warwick graduate 1998 and a founding member of the campaign, said: “It is staggering that the University’s actions appear to have prioritised the welfare of the perpetrators, not the wider community.”

She told The Boar: “As you would expect, many Warwick graduates and former staff felt they wanted to show their support for the many students affected by the situation, as well as to urge the University to hold both the perpetrators and those in management responsible for the debacle to account.”

In the open letter, alumni and former staff wrote: “following the distressing news that the university enabled two perpetrators of vicious hate speech and threats of sexual violence to successfully appeal their penalties, any positive memories we have of Warwick and our pride as alumni are permanently tarnished.”

“While we believe there is genuine will from the University to make systemic change, no formal statement has yet stated any increased funding for welfare services or preventative measures.”

Warwick Alumni Solidarity Campaign spokespeople are making themselves available not just across the UK, but internationally in Cyprus, Germany, Russia, Singapore, Sri Lanka and the United States.

The statement follows an open letter from Warwick’s Student Union (SU) yesterday, in which SU President Liam Jackson stated that students are expecting the Vice Chancellor’s resignation if he “cannot meaningfully explain the situation, show(s) no remorse, or no commitment to learning and changing”.