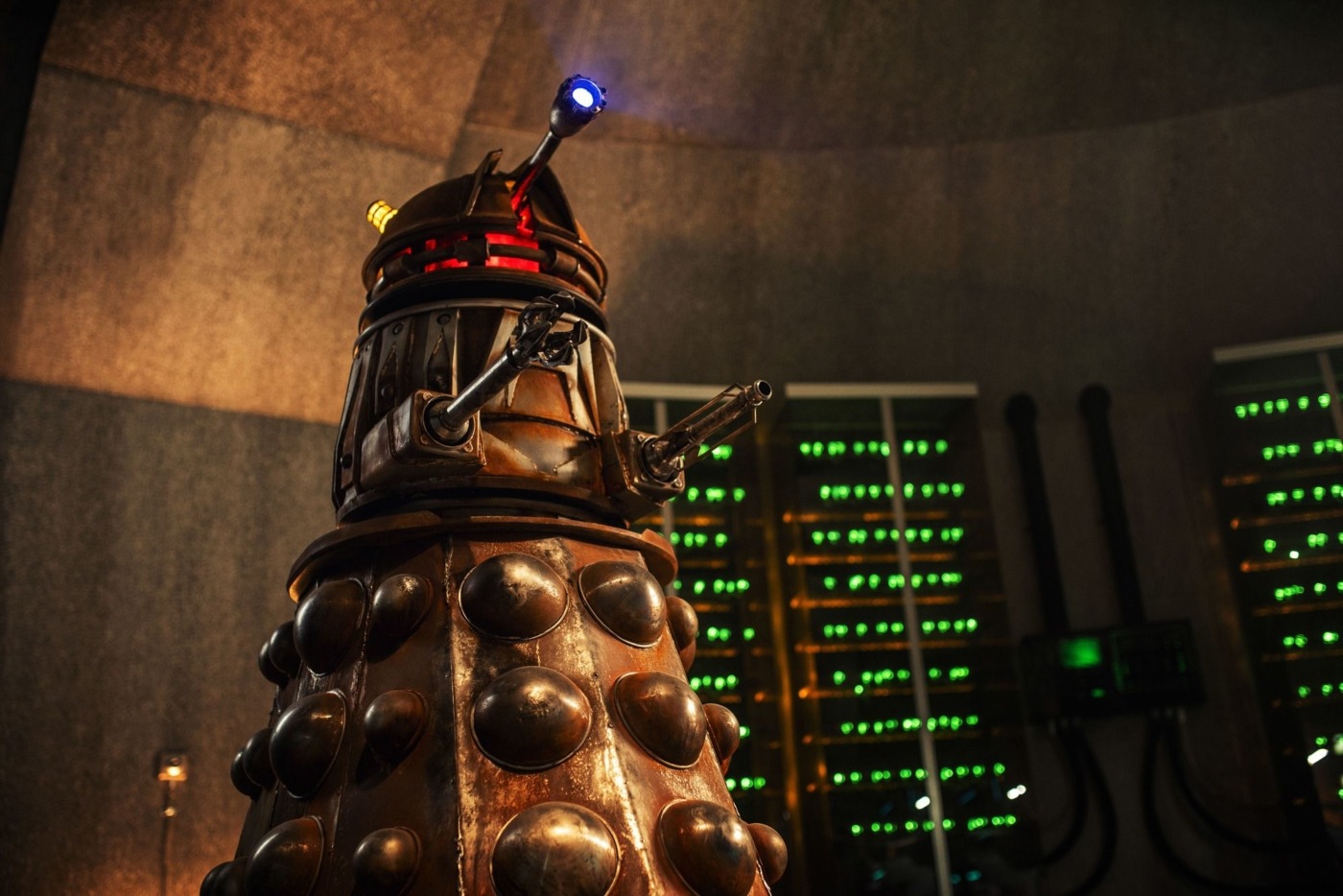 Two writers give their thoughts on the Doctor Who New Year’s Day special, ‘Resolution’, which saw Jodie Whittaker’s Doctor come face to face with a Dalek for the first time.

After a series of episodes that I struggled to get engaged with, I was disappointed by just how little I was looking forward to this special episode of Doctor Who. The return of the Daleks (or a Dalek at least) was the only thing to look forward to, after a series with no returning friends or foes had unexpectedly left me craving some sort of familiarity in Doctor Who.

Thankfully, the episode was not as disappointing as I’d anticipated, and the Dalek proved to be an engaging and formidable foe. It brought that sense of familiarity, while also succeeding at taking the Daleks in a different direction to normal by having it out of its shell for a large part of the episode. Most importantly, the episode felt like Doctor Who again, in a way that much of Series 11 hadn’t.

My main criticism, then, would be that this episode felt too much like a standard episode of Doctor Who rather than a special. This becomes more apparent when you imagine this episode in any of the other ten series before this – episodes like ‘Dalek’ or ‘Into the Dalek’ were about as special as this was. What the episode lacked was a big scale. Series 11 has too often been limited to small casts and small-scale threats, and this episode would have been the perfect opportunity to break away from that. Those Dalek fleets should have swarmed onto Earth for a far more exciting climax than the supernova-outside-the-TARDIS climax that we got. And, when all of the UK’s Wi-Fi was shut down, I could only dream of the widespread chaos that Russell T Davies would have shown at this point; instead, we saw the effect on just one family in what might well be the most embarrassingly dreadful scene of Doctor Who to date.

So, ‘Resolution’ was good but still left me yearning for the past. Fundamentally, my criticism of the companions from Series 11 still stands. Yaz doesn’t do an awful lot yet again, and Ryan’s dad drama took away from the real drama of the episode in long scenes of unrealistically eloquent dialogue. I can only hope that Chibnall makes some changes by 2020.

I wonder if, in the wake of his debut series as show runner, Chris Chibnall has sought his own New Year’s resolution: to write and deliver better Doctor Who. Overlooking my disappointment at the lack of a Christmas special, and the needless empty year before the next series of Doctor Who, this episode was spot on. That’s if ‘spot on’ is anything in the general region of ‘that’s more like it’. This episode was exactly what the show’s previous series has lacked.

Something Stephen Moffat came to overuse and therefore reduce the value of was the Doctor’s iconic enemy, the Daleks. This episode restored their terrifying threat. We met a Dalek who was so persistently hateful and driven, it cobbled together its own wonderfully, menacingly scrappy shell. One of the best Dalek episodes in new Doctor Who has to be ‘Dalek’, for the simple reason that it made one single Dalek the most terrifying alien the Doctor could encounter. It’s a joy that Chibnall chose to use the Daleks in a similar way, with a fresh direction.

Like Peter Capaldi’s first Christmas special, Jodie feels more settled as the Doctor in this episode. We see more of the gorgeous TARDIS interior, and the complex of companions actually make sense and work. Guest stars Linn (Charlotte Ritchie) and Mitch (Nikesh Patel) carry enough character to maintain the drama, though there are still a few painful lines in the episode. Notably: ‘I felt its hatred enveloping me, is that what it’s going to do to the world?’, that Wi-Fi scene and, the tip of the iceberg, the Brexit jibe through UNIT funding cuts.

This episode, head and shoulders above Jodie’s first series, marks the potential for the Thirteenth Doctor’s reign to be spectacular. Still, Chibnall’s incessant compulsion to write socially aware and politically correct stories, characters and dialogue remains unbearable as ever.

See our review of Series 11 here. 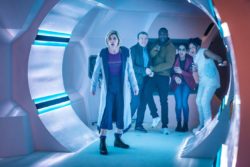