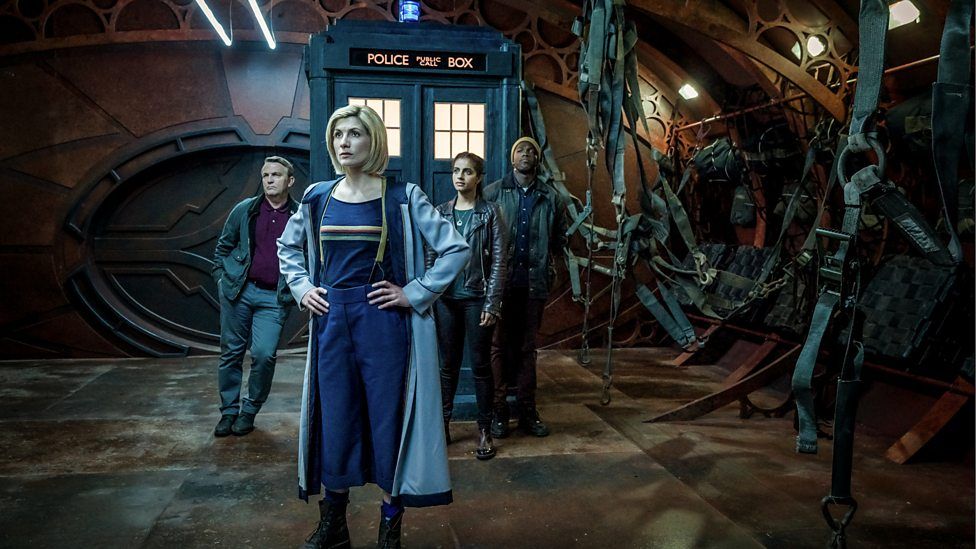 Doctor Who – The Battle of Ranskoor Av Kolos

Jodie Whittaker’s debut season as The Doctor came to an end this week with the finale ‘The Battle of Ranskoor Av Kolos’. The Doctor and team, Graham, Ryan and Yaz, were to visit the source of 9 separate distress calls and stumble upon a familiar enemy.

The episode, as with the series, felt like it had a disappointing lack of action – a sad reality for an episode titled to be about a battle, of which we saw nothing. The notion of 9 separate distress calls felt exciting, mighty ambitious even, but The Doctor visited only one before the episode slowed to a trudging pace again.

The enemies and monsters ultimately were not dangerous enough. Time and time again with Doctor Who (at least in recent years) an alien or monster is revealed as one of the most dangerous creatures in the universe and then transpires to fire weapons at anything other than their target. These robots marched threateningly towards Ryan and Graham and missed multiple shots at the unarmed civilians to fire at each other. The ease with which the companions escaped the encounter sucks out any sense of thrill from it. The robots, as with all the monsters in this series, posed little to no threat to our companions.

The reappearance of Tzim-Sha was exciting, and I commend the writers for working with a smaller scale series arc/finale. That said, the lack of a series arc did disappoint, and didn’t add anything of impact to the return of the first episode’s villain. He was simply not threatening.

Yes, it was great to see him return and he felt as memorable as in the first appearance, but he didn’t hurt anyone. Any of the destruction he caused had occurred off screen in the previous 3,000 years. It took the team far too long to find any sense of danger, which then dissolved far too quickly.

The notion that Ryan and Graham were able to escort Tzim-Sha to a status pod having only injured his leg was ridiculous, these monsters just aren’t dangerous and therefore not scary or exciting. On that topic, I found that this series has felt that way throughout, with precious few onscreen deaths on the show – a jarring contrast to the show’s history.

Stand out moments include Graham’s confrontation of Tzim-Sha

Looking at the Radio Times’ analysis of this very topic, Russell T. Davies (the show runner from seasons 1-4, an era I consider the best for the show) saw the most onscreen deaths throughout his time on the show. This coincides with how brilliant the monsters were, how scary and exciting the stories felt. David Tennant’s run saw an average of 79.9 onscreen deaths, Matt Smith’s seasons saw a lower average of 16 onscreen deaths, because the show was made more appropriate for children, and then Peter Capaldi’s seasons saw a rise to 46.5. Without knowing this season’s numbers, I expect a much lower average. The season felt far too safe and therefore didn’t offer enough kick.

Effects and production look brilliant, with a stunning soundtrack to accompany the drama. Stand out moments include Graham’s confrontation of Tzim-Sha, however unlikely the outcome. The ‘my Ghost Monument’ moment was bang on – The Doctor with the TARDIS and a fantastic sonic screwdriver. The Ux were great characters, quite original and very ‘Doctor Who’ – there was a lack of such characters and monsters in the season.

Re-watching ‘The Woman Who Fell To Earth’ confirmed my disappointments of this series finale. The first episode packed so much punch and introduced the companions brilliantly, giving Jodie Whittaker a seamless and memorable debut. It gave hope of a series far better than what we got. I can’t help but feel that the number of companions in this series ended up feeling convoluted, complicating where the stories could go. This series was a stunning introduction to The Thirteenth Doctor, but a slow one for Chris Chibnall’s era. Here’s hoping the second series for Whittaker raises the bar.

Previous episode: It Takes You Away 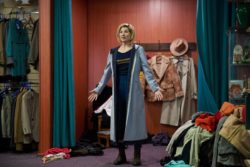