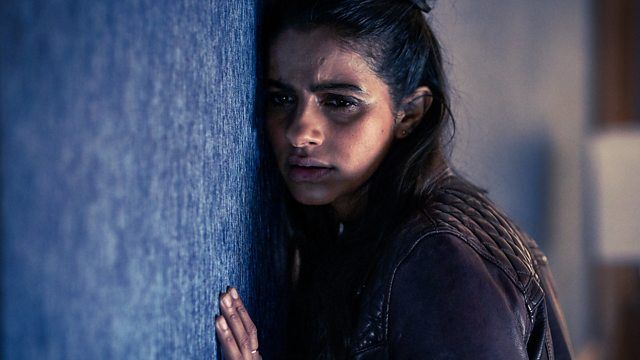 Doctor Who – Arachnids in the UK

Doctor Who returns to earth in the latest instalment in Jodie Whittaker’s first season as the Doctor, and it’s another strong episode in what has been an excellent season so far. Finally returning her companions home, the Doctor discovers a growing spider problem in Sheffield, linked to a hotel that Yaz’s mum works in, owned by a Presidential candidate.

The first episode when companions return home is always an exciting one for me. It’s where you really get to see how travelling with the Doctor has changed these people, and their home lives. It’s something that I found less successful during Moffatt’s run, particularly with Clara. Showrunner and writer of this week’s episode Chris Chibnall decided to set the story just 30 minutes after the premiere, leaving out the drama we saw in episodes like ‘Aliens of London’ when Rose returned a year after she left. Also interesting to note, Chibnall seems to have been involved as a credited writer on every episode so far- he seems to take a very hands-on approach as showrunner.

Although we don’t necessarily see the effect of time travel on the families of the new companions, we do get to know Yaz’s family, as well as learn more about Ryan’s absent father, and why Ryan was so close to his Gran. This is all effective to an extent. It’s nice learning more about our central characters, and understanding their lives before they met the Doctor better.

The story is once again relatively simple, something that continues to work in the show’s favour after the plot-heavy Moffatt era. It’s nice to watch the mystery unravel, and the truth is satisfying if slightly expected. The guest characters are all solid, with decent performances all around. Robertson makes an effective nasty guy, whose not an evil character. I particularly enjoyed his weird habits, like setting aside a bathroom break and the way he washed his hands. It was a small moment that really worked to establish the character. Having him as an anti-Trump candidate was an interesting decision, and I enjoyed the complexity that presented, even if it only comes across when you really think about the decision. Something I think these episodes are lacking is a bit of complexity in the themes, and I hope Chibnall starts to explore more complicated ideas as the series progresses. After all, we know from Broadchurch that he is more than capable of exploring such ideas.

But where this episode really shines is with showing us why the companions would choose to join the Doctor on her travels. Usually, the companion decides to join by the end of their first episode. This year, they were never going to, and it’s taken 4 episodes before they actually become the Doctor’s companions proper. It means their decision to do so is much more believable, and while this was never a real issue with the show before, it was nice to see the show really examine why someone would choose to constantly risk their lives, asides from a bond with the Doctor or an adrenaline rush.

While the story was once again simple, the character work was exceptional – 4/5 Stars

Next review: The Tsuranga Conundrum