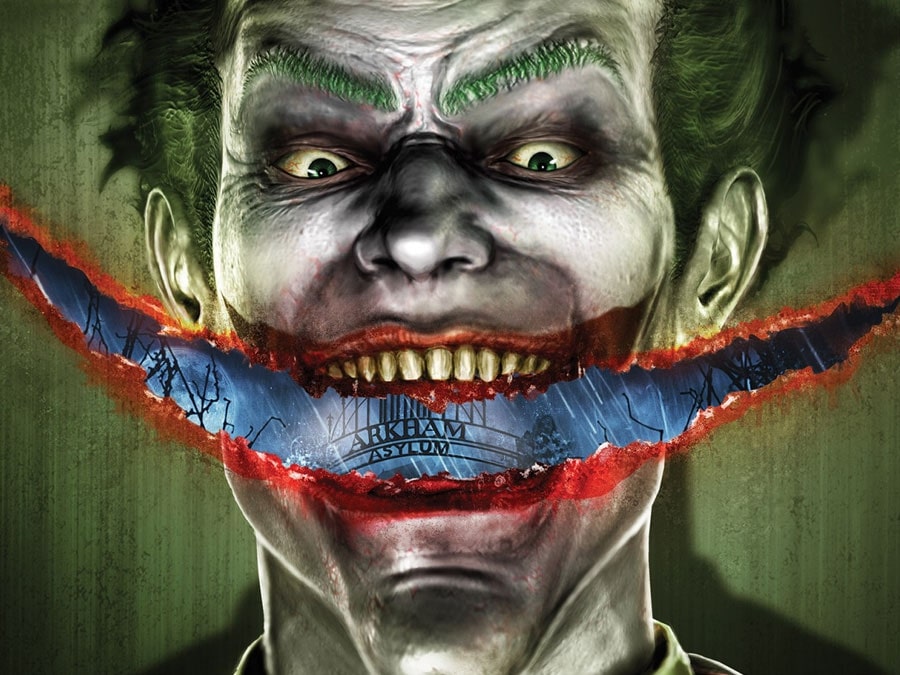 Here at The Boar Games, we love a good scare. This Halloween we’ve gathered our top picks for haunting characters in games, some you might not have thought about, to get you in the spooky spirit.

My choice is the Joker in Batman: Arkham Asylum. Whilst not an original gaming character, there is something to his portrayal here in particular that really embodies what’s most scary about him.

What makes the Joker so chilling is that he subverts reality. Where humanity strives for control and order, he is a bastion of chaos. As a character he has no real name, no backstory, no grand overarching motivation. He seeks chaos and destruction for their own sake. In all this he subverts not just the norm of villains, but even the very concept of human rationality.

Moreover, like a dirtied clown outfit, he is a perversion of the familiar. He is the alien made recognisable, a concoction of all our fears with gratuitous violence on top, and yet always painfully, shockingly real. The Joker is never humanised because he isn’t really a single human. In reality, there is a little bit of the Joker in all of us.

What is it that works so well about Arkham Asylum’s Joker? Unlike many Batman stories, you get to see directly the grim, bloody aftermath of his psychotic ambitions. This makes his role as the chilling familiar all the more cutting and real. Partial credit has to go to the game itself. With its Gothic architecture, unending darkness and chilling emptiness, an almost noir scene is created. The perfect backdrop to this exploration of delusion, darkness, and disorder we find in the Joker. Simply, what makes the Joker so scary is that every part of him is a little too close for comfort. When it comes to spooky and strange video games, it’s not likely that the Pokémon franchise would be high on your list. But when you look at it, there are a number of incredibly creepy moments in these games, from the mysterious ghost girl to the numerous haunted houses you encounter. Still, at least you have the Pokémon by your side to look at for you – or, at least, you would if half of them weren’t equally as terrifying.

Your Pokédex is full of disturbing entries about the many creatures you meet, and some of them make for horrifying reading. The creature I’ve chosen, however, isn’t creepy because it is particularly evil or monstrous – rather, because of the terrifying implications for the player character. Phantump is a Ghost/Grass Pokemon introduced in X/Y, and its Pokedex entries can make for some grim reading. Apparently, it is a creature created when the ghost of a child, who died after getting lost in the forest, possesses a rotten tree stump. We learn in Ultra Sun that they can imitate the voice of a child, causing people to get hopelessly lost – although it’s trying to make friends with them, the cycle of death and new Phantumps only continues. And on top of that, “their cries”, the Dex tells us, “sound like eerie screams”, just in case it wasn’t upsetting enough.

There are an awful lot of Phantumps in the Pokémon games, and that translates to an awful lot of dead children. There are a number of woods scattered throughout the series – although you can get through them with little trouble, it’s hard to shake off the image of fellow young trainers falling by the wayside, doomed to remain in the forest forever. Widely considered to be one of video games best villains, GLaDOS, or Genetic Lifeform and Disk Operating System, will certainly haunt you, if not give you major trust issues. However, most of the horror that GLaDOS evokes in us is wrapped up in guilt and confusion. In the first edition of the Portal series GLaDOS, appears as our guide, the sentient voice that acts more as an elaborate instructions manual and motivator than a character within the story. We discover by Portal 2 that she is not the figure that we had first imagined.

From the very beginning of Portal 2, she essentially redefines what it means to be passive-aggressive. The movement from a programmed servant to a scrumptiously evil antagonist is delightful only for the moment of the reveal. As Portal 2 progresses she reveals and unpeels the depths of her struggle and torment and expresses a hatred for Chell. From the fact that she has been forced to relive her death over and over again to the suggestion that she is, in fact, the personality of the Aperture Science’s CEO’s personal assistant, forcibly uploaded to GLaDOS by Cave Johnson.

In essence, most of what makes GLaDOS so haunting is the fact that she represents the consequences of your actions. Her evil is purely Aperture Science’s creation. She represents the fallout of human greed and wider capitalist structures that complicate the purposes of research and science, and once she became aware of this she was singlehandedly responsible for destroying those constructs (along with a whole lot of scientists). And now she looks to you, the consumer as if purely to call your bluff.