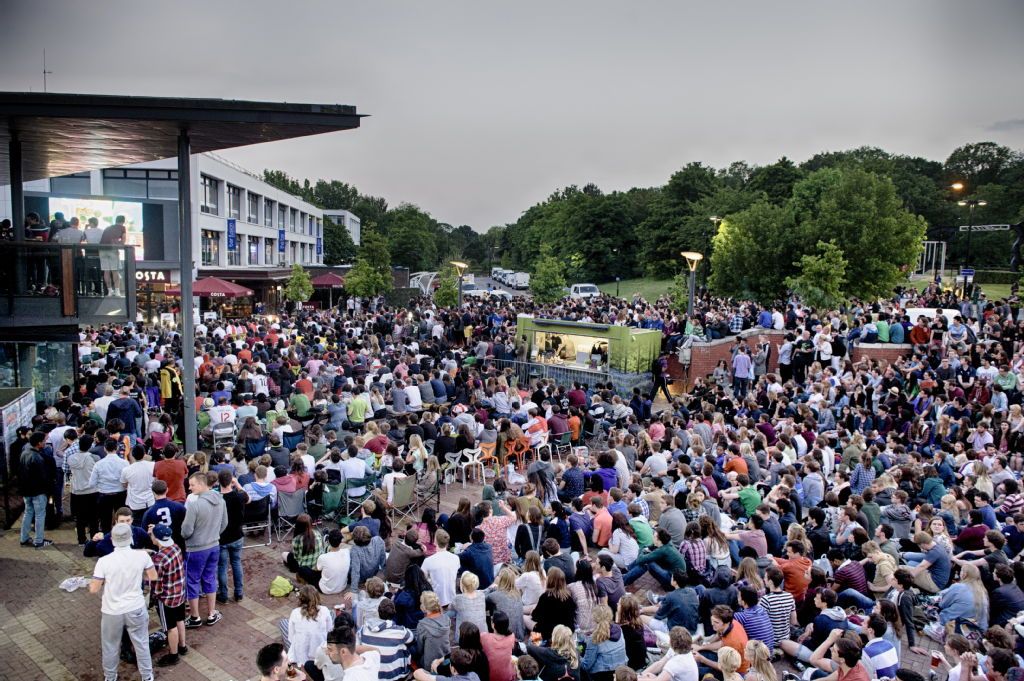 When you begin to get to know your way around the Warwick campus, the piazza is undoubtedly one of the places you’ll become familiar with. It’s a hard-to-miss central location that, in many ways, feels like the outdoor epicentre of the uni – especially when it’s vibrant with society demonstrations, protests or the much-loved food market. But the piazza is arguably at its most atmospheric on those rare occasions when the big screen on the side of the Rootes building stops its endless loop of promotional videos and screens big TV events such as Eurovision, the World Cup and The Great British Bake-Off.

These screening events have become a favourite amongst many Warwick students due to an atmosphere that just can’t be recreated in a halls-of-residence bedroom, as Modern Languages student Cecily explained to me: “Watching The Great British Bake Off on the freezing-cold piazza steps may not sound great, but it’s fun and rather cosy if you bring blankets and flasks.” Even more fondly remembered is the annual screening of Eurovision, on which Cecily commented: “There’s something magical about watching Eurovision with such an international group of people.”

Life Sciences student, Nicole, also praised the atmosphere: “Everyone was there to enjoy the same thing and it’s like you have this one thing in common with hundreds of strangers.” However, Nicole also recalled a recent example of when this ecstatic atmosphere got too much. Indeed, the behaviour at World Cup games earlier this year led to the University no longer screening games. Alcohol mixed with patriotic passion and World Cup fervour was evidently too much, although Nicole noted that: “It was mostly the locals who were rowdy, not students.”

Whilst these screening events appear to be loved across campus, there seems to be an equally universal feeling that the big screen is misused the rest of the time. Several students commented that the screen should be used for screenings like this a lot more and that it should have something less inane than Warwick promotional videos the rest of the time, such as the news. One student even suggested that they “should have parties on the piazza and have a guy with a camera that goes around with a live feed to the screen taking pictures.”

If you do have an idea for the piazza big screen, then suggestions are welcome at the email address: bigscreen@warwick.ac.uk. There is also a content submission form and a schedule of what’s coming up on the screen for anyone interested.