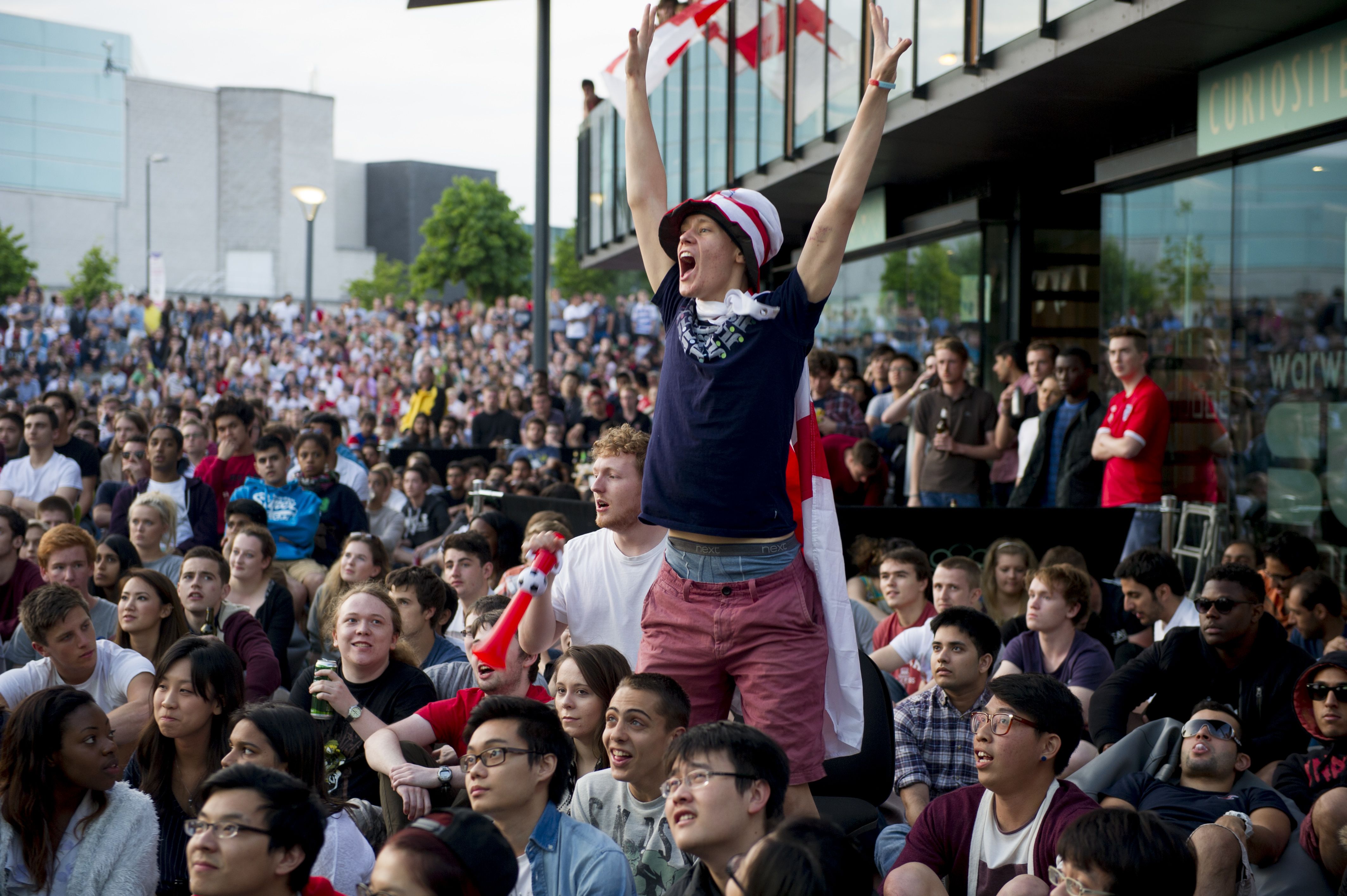 The University of Warwick has confirmed on social media and the website that World Cup matches will no longer be screened on the Big Screen in the piazza.

The University said the decision was made made in order to “continue to safeguard students, staff and visitors on the piazza”.

There were reports of unruly behaviour during the match screenings, with some fans commenting on the University’s Facebook post that locals were throwing cans at students during the England vs Colombia match.

The University confirmed for The Boar that an arrest took place on campus during the screening of the match and that disruptive behaviour contributed to the decision. When contacted for comment, the University told The Boar: “Sadly the decision is simply because we have reached the limit on what we can handle. We went to very great lengths to make Saturday’s screening happen.

“We created a fan zone, decanted drinks into plastics, providing water at first aid stations, hired many more extra stewards and security personnel etc but the team on the ground thought that they had reached their limit on what we could safely cope with and they did not feel that they could source even more sufficiently trained staff and resources to safely run the semi-final match if numbers continued to grow.

“The semi-final event would be particularly problematic to run safely with two scheduled events on main campus for under 18s being in close proximity for part of the game.

It did not help that sadly a significant number of attendees simply ignored our attempts to establish a safe fanzone deliberately undermining the safety of the event … throwing a smoke bomb which ended up landing beside the wheel chair using fans.

“It did not help that sadly a significant number of attendees simply ignored our attempts to establish a safe fanzone deliberately undermining the safety of the event, the arrest was just one aspect of this, as was the throwing of a smoke bomb which ended up landing beside the wheel chair using fans.”

The decision of the University gave rise to mixed opinions, with people taking to social media to express their views. One student commented: “Cancelling something because it’s too popular… Well done ??? maybe stop random non-uni people from showing up!”

Another said: “Absolute killjoys… the one thing in this whole term to look forward to and you can’t trust adults to look after themselves… sad and disappointing.”

Another person commented: “Great decision. The behaviour at the England – Sweden game was appalling. Worse than I have ever experienced on the terraces in a stadium at a football game. The only people to blame for this are those that were there. It was a fine demonstration of a part of English culture at its worst. The surprise would have been if the Uni did continue to show the games.”

Others also expressed support for the decision, commenting that the screenings had affected their studies: “It has affected postgrad students who are writing their dissertation during this period. I am glad the University stop screening.”

West Midlands Police has been contacted for more information about an alleged arrest.