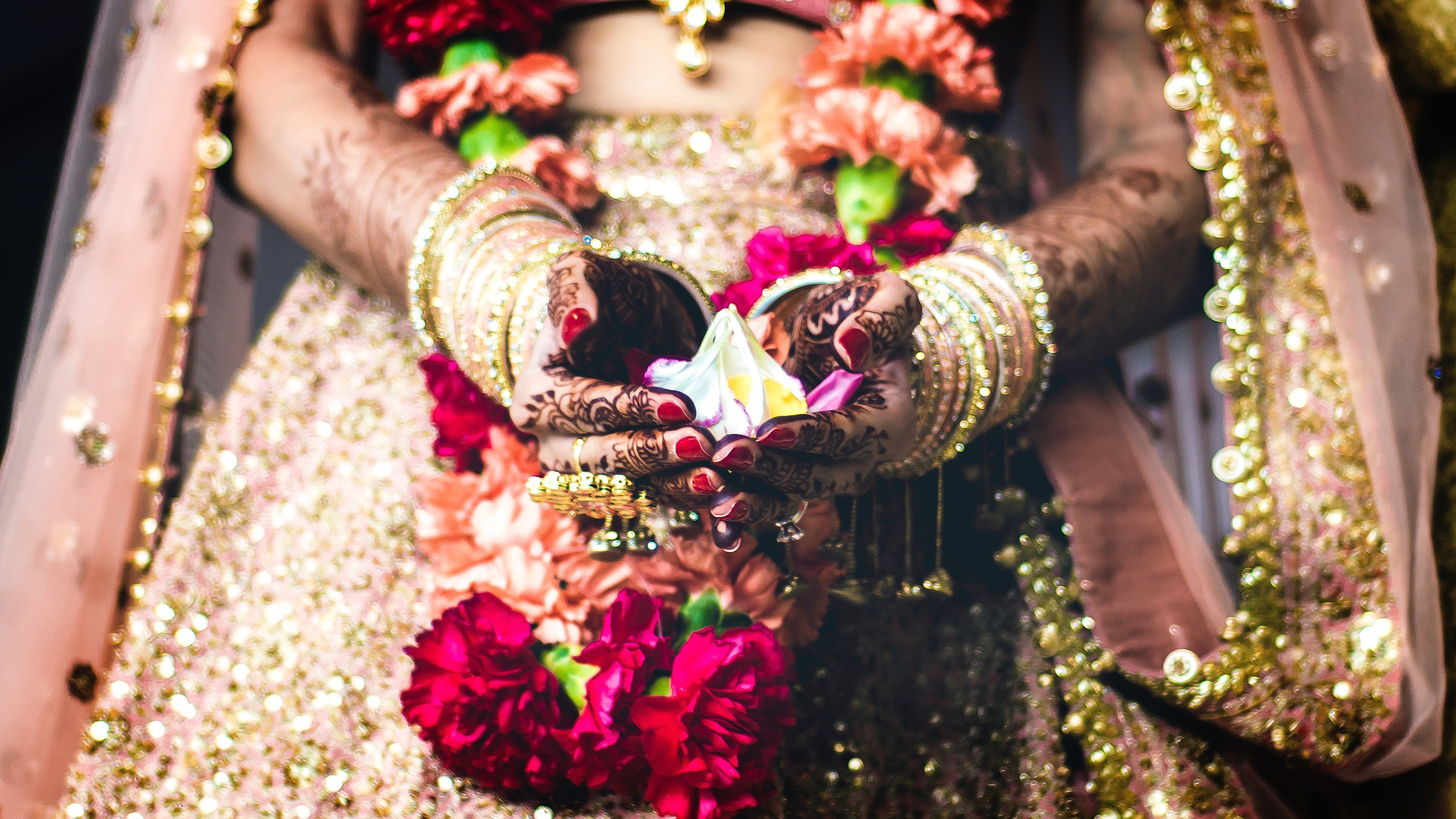 Following a survey conducted by ComRes, it was revealed that more than half of British Asians had toned down their Asian identity to fit in. In light of this, five Warwick students share their thoughts on the results of this survey, and their own personal experiences.

It’s not surprising to me that the statistics indicate British Asians to be more socially conservative. By no means do I speak on behalf of the entire British Asian population but I think that this conservative attitude tends to be rooted within Asian culture. More liberal households will tend to be less conservative with their opinions and that is to be expected.

The difference in opinion and cultural values between the British Asian population and the rest of the British population have been apparent from the times in which our grandparents will have first migrated to Britain. Same-sex relationships and sex before marriage do not tend to align with expectations of an Asian community, often regardless of religious practices of the community. More interesting to me is the statistic that more than half the British Asian population have “toned down” their identity to “fit in”.

I’ve made jokes about being a “coconut” myself

Growing up in Britain, I might feel that I don’t connect with my family in India (I’ve never even been to India for one thing) as much as I would if I had grown up with them but I wouldn’t say I have consciously toned down my identity either. I won’t hesitate to tell someone that I’m Indian if they ask, and I’m not ashamed of my heritage in the slightest, but I’m also aware that I probably could try to communicate more fluently with my nan who doesn’t speak English at all.

I’ve made jokes about being a “coconut” myself but that’s a result of growing up in Britain, not the outcome from years of toning down my Asian identity to be a palatable character for the rest of the British population. I appreciate it’s easy to say this as someone who doesn’t stand out in any real sense. For example, I don’t wear a hijab like some of the women in my family who become more obvious targets for unwelcome, often racist, comments.

Similarly, when the older generations of Asians, now our grandparents and great-grandparents, first migrated to Britain, they weren’t exactly given a warm welcome by all their neighbours so it’s not difficult to see how they might feel that they have had to tone down their identities to fit in. Your environment shapes your experiences and your experiences shape who you become and my environment will never be the same as that of my Indian cousins and we will have different experiences of life as a result of it.

It has often been my experience that British Asian communities tend to be more conservative and hold on to tradition not only in comparison to other ethnic groups in the UK, but in comparison to Asians in the Indian Subcontinent itself. Tradition can often have a stronger hold in diasporic communities than it does in their home countries.

I can see how in many ways the older generation hold onto the customs that they grew up with and that were prevalent at the time they left their homes (in the 60s, for my family). These customs were held onto as their ties to home in an unfamiliar place, and imparted to their children and their children in turn.

Meanwhile, our family in India has moved on

These traditions become a big part of what it means ‘to be Indian’: “White people might wear things like this and stay out late, but you are Indian, don’t forget”. Guilt gets added on to this, with the fear that we might be getting too Anglicised, losing our Indian identity, these traditions must be recreated and adhered to.

Meanwhile, our family in India has moved on, as their customs change and what it means to be Indian is no longer the same. Thus many communities are left out of touch with both their home and host cultures. It is fitting that the top three factors influencing British Asian identity are religion, nationality and ethnicity.

This is what binds us together and sets us apart, it is held onto with a sense of fear. 79% of British Asians feel some of their cultural traditions are dying out and the older generations cling on to what is left. While some may die out, others change and adapt to a British context in which institutions such as caste cannot be so strongly upheld.

Others still, become the common property of wider British culture: chicken curry, holi festivities, bindis and mehendi. To some, this is threatening, to others is is a sign of a creolisation and formation of an entirely new culture unique to the community. There is a mingling and interplay: British influences Asian, Asian influences British.

For me, personally, I think that these statistics provide a fairly representative analysis of the British Asian mindset in 2018. The values in our culture typically are ‘conservative’ to a modern British audience but take it back a few generations and the situation in Britain may churn out the same kind of statistics.

I can understand why many people say it is ‘backwards’ and I have found myself and members of my family saying the same thing. I don’t think that this is just a British Asian problem though. From what I can see, our generation are becoming more open to the idea of sex before marriage as well as same-sex relationships as a result of encountering and befriending people who practice these things as well as engaging in it themselves.

I do believe, however, that it is massively dependant on the environment and household you have been brought up in. My household was always very liberal and we have an open mind where we question a lot of things about Western and Eastern culture. I have heritage from both sides so it often makes for an interesting discussion on what is perceived as ‘acceptable’ and not.

Yet it is understandable that someone brought up in a ‘strict’ religious or simply conservative household wouldn’t necessarily believe they are at will to question things that have been ingrained for many generations. I think it’s important to speak up, even against family members, when they try to push an agenda that has no place in today’s society or if it means a group of people are automatically shunned.

I think there is a lot of hypocrisy in British Asian culture sometimes. There are many great values enforced (e.g. the respect for elders, a sense of community etc) but there are ones that certainly need to be questioned.

To me, the underlying suggestion that the survey seeks to make is that a lot of Asians are actively choosing to reject their culture, religion and traditions in order to be “more white” and to “fit in”.  However, I think that, in many way, it’s far more nuanced than that and there’s a degree of unconscious conditioning that also plays a factor.

For a lot of British Asians, it is probably just more about shaping their identities and their worlds in a way that makes life easier for themselves. After 20 years of mispronounced names and unasked for nicknames, it becomes easier to go by an abbreviation. After 15 years of being asked why you don’t eat chicken or drink alcohol, it becomes easier to become a flexitarian or casual drinker. For most of us, we are not toning down our identities to fit in; we are attempting to navigate a world that wasn’t created with us in mind and trying to lead easier lives however we can.

For me, identity has always been something I have been confused by. Even when asked where I come from, I have still yet to find a concrete answer or check a single box on a form. When growing up in London, my background was always at the back of my mind. Even from a young age, you recognise the differences between yourself and others, and do as much as you can to fit in. Even if this does mean leaving behind some of the culture of generations before you.

At the same time, it must be acknowledged that for many who haven’t grown up in an Asian community, it can be difficult to identify with many elements of Asian culture. Regardless of our understanding of the language, our knowledge of the customs and the history, we don’t necessarily feel attached to this ‘Asian’ cultural identity. We have had to leave behind these customs for practicality in daily life, supporting the idea that Asian culture is adapting to the UK surroundings.

Our identity will always be in the background

Whilst watching documentaries on British Asians for Pakistani and Indian Independence days, it is clear to see why we have had to modernise and suit our surroundings. Those before us faced discrimination and backlash for their culture and beliefs, and even though we no longer face this to such a large extent, there can always be this constant fear that it could happen.

We have had to adapt to fit in with those around us, and through this, we have lost a part of us that through Westernisation is not always reflected in South Asia. It would be interesting to see how British Asians feel about the loss of this identity and culture, and whether they feel it has helped them truly fit in.

Personally, seeing the success stories of those who have migrated to the UK and made some historic changes makes me agree with the optimistic tone of many British Asians. Our identity will always be in the background, but it does not define us or change our aspirations and ambitions.