So elections for the 2017/18 society execs are over. Old members have been replaced by younger, fresher-faced, and better slept first and second years. An important member of every society is the social secretary—the glue of the team, the one who everyone entrusts with a most valuable possession: their social life. But what does the role of social sec really entail, and is there any fun left for those organising the fun? We spoke to a few former secretaries to find out.

My time in this role could probably be summed up in two words: it’s hard. As a young and naïve fresher, when older members of the club said they’d heard I was running for social secretary, despite me never having had the intention, I was quickly drawn to the idea. I knew that I wanted to be on the exec of something– the relatively bare experience section on my CV was beginning to ring in the back of my mind. I convinced myself that this was the right fit for me and despite being horrendously ill on election night, I managed to blurt out my speech and be elected.

My time in this role could probably be summed up in two words: it’s hard.

All in all I have enjoyed my time as a social secretary, although it definitely comes with a lot of stress. It feels nice to be part of a committee and to know that your decisions are actually capable of being implemented, especially in a big university like Warwick where sometimes the voice of students is lost among all the bureaucracy. As sports clubs social secs come in pairs, I was also lucky enough to work with a partner, which made the job more manageable.

While the social sec role is fun at times (and especially fun when you’re nicely drunk in POP! singing your heart out to Taylor Swift), it’s also extremely time consuming, which can often take its toll on your degree. If you have never tried to run a circle before, it’s essentially like trying to control 25 toddlers with high expectations. Don’t even get me started on trying to run a circle sober. It’s not in my personality to ‘people please’ but it’s something this role requires so much of that it’s difficult to align myself with it at times.

Call me lazy but I, for one, cannot wait to sit back and enjoy a social where I don’t have to do any of the work. As for the new crop of social secs for 2017/18, please cut them some slack, they’re really trying. 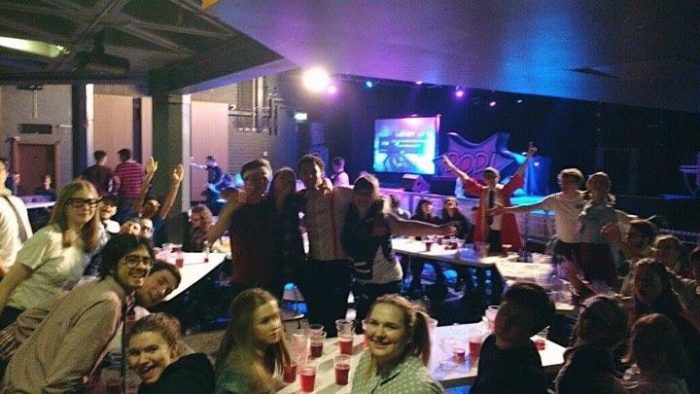 A year ago, innocent fresher me signed up to be joint social secretary of Warwick Literature society. However, it was only when faced with running my very first circle solo, and with people I hadn’t met before, that I realised exactly what I had let myself in for.

Being the social sec of a subject society can feel like the most work out of all the exec, as it amounts to being the face of that society. From going into the very first fresher’s lecture and beyond, any nerves I was feeling had to be suppressed in favour of selling my society- nerves which can become overwhelming in a role whose power lies in predicting other people’s enjoyment of events.

That being said, there are a large amount of positives about the role. A huge part of university life is socialising, and being a social secretary essentially allows you to do this professionally. The results were very rewarding, from getting to know the members better to the adrenaline of leading the Literature society to victory in the English vs Sciences bar crawl. And while I may have done some physical damage to myself/my throat screaming at people in circle, the power rush that comes with this job is undeniable

In my opinion, this role is a crash course in everything from party planning and holding a pint to managing not only other people but yourself and your ego (sometimes ideas for socials just don’t work out). While I would be lying if I sometimes wondered whether I should be doing something more employment-friendly with my time, being a social sec has helped remind me that university doesn’t have to be purely about raking up points on your CV, it can sometimes be just about having a good time.

Being a social sec has helped remind me that university doesn’t have to be purely about raking up points on your CV, it can sometimes be just about having fun. 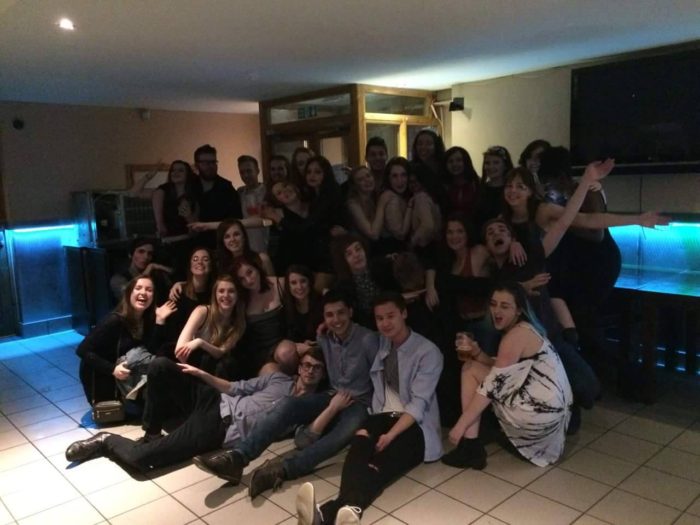 Being the social secretary for the Boar has been extremely fun and, in all honesty, an experience that I will not forget. You don’t exactly apply for an executive role and think you’re going to be standing in front of your peers forcing them to down purple whilst they sit in a circle screaming and chanting songs that make absolutely no sense.

Personally, the tour was the most challenging, yet most enjoyable, part of the role. Challenging because it was the most anticipated event of the year; it was the last thing that the old executive team were going to do together and a chance for everyone to have a much-deserved break. Choosing a suitable destination, I was disadvantaged in that I wasn’t very familiar with the exec as I got the role in Term 2. Thankfully, old members were more than willing to help out. Once the destination was decided, it was all about putting things into place. A foreign tour means working with foreign hostels and travel arrangements, which was obviously very challenging considering the language and cultural boundaries.

When all the necessary arrangements were sorted however, my nerves gave way to enthusiasm. Unfortunately I was unable to attend the tour, but seeing pictures and hearing my peers’ stories made all the hard work worth it.

Being a social secretary is undoubtedly hard work, but it’s also extremely rewarding. To see your plans come into effect and feel responsible for the good memories of your peers is priceless.

Being a social secretary is undoubtedly hard work, but it’s also extremely rewarding.