Twelve ambulances have been called to Warwick campus over the last three academic years for suicide or attempted suicide, a Freedom of Information (FOI) request has revealed.

There have also been 17 incidents over the past three years of an ambulance or police car attending campus for a violent or sexual assault, the same FOI request revealed.

These statistics are all recorded by the University of Warwick Security Team, who have to be contacted before an emergency service is called to campus.

However, the statistics are also based off logs made by the Security Team immediately at the event, meaning that suicide or a suicide attempt is the assumption made at the time.

The University further explained: “It should be noted that such reports, in the case of a death, give an Officer’s best interpretation at that time of the possible cause of death. However only a Coroner can give an actual legal determination that a death was indeed due to suicide, and Coroner’s decisions can come months after such events.

“Where an officer has recorded that a call out relates to an alleged attempted suicide they have to base that description on what is asserted at the time by the person immediately involved or by other people at the incident.”

They added: “The Security Team will always take any such description extremely seriously and have and will always work closely with the emergency services to respond quickly and effectively to ensure that those involved in such incidents get the medical and other care they may need ASAP. “

The University of York came under fire last year after five suicides were recorded in a single academic year, thought to be highest ever at a British university.

York also discovered that 50% of all ambulances called to its site were for self-harm or attempted suicide.

Suicide is the biggest killer of men under 45, with 42% of British men aged 18 to 45 saying they have contemplated taking their own lives

These numbers follow a substantial increase in attempts to access counselling by students at universities across the UK.

However, an increase in demand has not reflected an increase in funding, with Warwick, for example, spending just £11.92 per student per year on counselling.

According to the Office for National Statistics, in 2014 there were 130 suicides by full-time students in England and Wales: 97 male students, and 33 females. This was up from 100 in 2013.

Suicide is the biggest killer of men under 45, with 42% of British men aged 18 to 45 saying they have contemplated taking their own lives, according to research by the Campaign Against Living Miserably (CALM).

Chloe Wynne, Welfare and Campaigns Officer for Warwick Students’ Union, commented: “Sadly, these figures bring home once again the importance of robust welfare support systems at universities, together with a continuing conversation around mental health. Even one call-out for a suicide attempt is too many.

“The SU will continue to urge students to talk, seek help and remain vigilant on these issues through campaigns such as Are You OK?, our flagship mental health initiative launched earlier this year.” 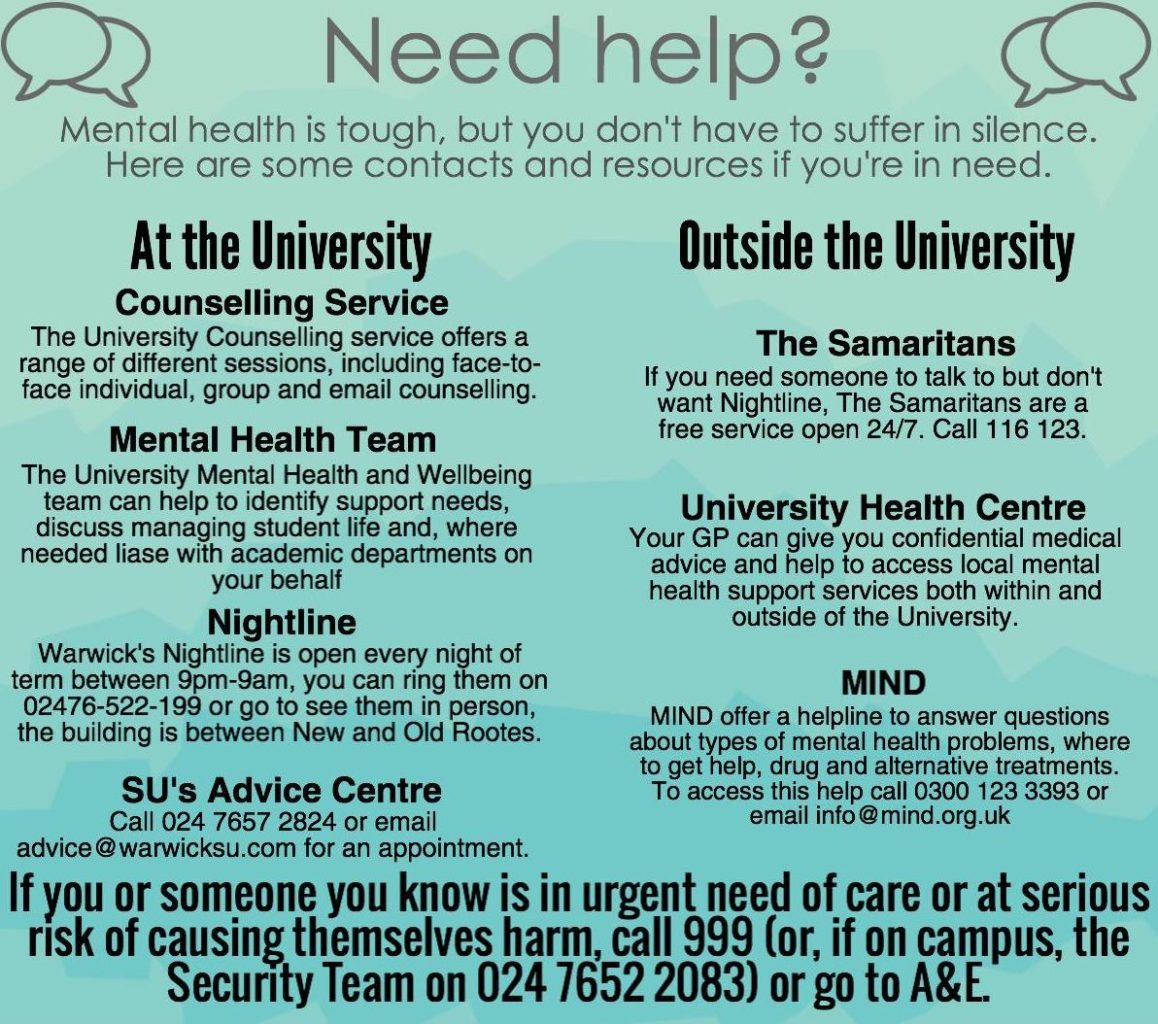 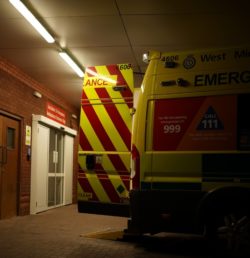