UPDATED: WFFE occupy the Slate in HE protest

Warwick for Free Education (WFFE) have occupied the Slate, a brand new conference facility on Warwick campus, in a protest over the direction of higher education, today 2 December 2016.

Alongside a statement released online, WFFE have made three demands in order to: “Hold the University to account…and to force them to instead make [decisions] which are in the genuine collective interest of students, staff and the future of public higher education.”

The injunction refers to a blanket ban on occupying buildings on campus as a form of protest, after an occupation in Senate House in 2014 ended in violent altercations between students and police.

Warwick Anti-Casualisation released their six demands recently after the Guardian revealed that 68.1% of Warwick’s teaching staff are on “precarious contracts”.

Security have currently surrounded The Slate, which is reportedly worth £5.3 million. The students have hung banners in the window, including one which says: “Student Solidarity with Staff”.

When approached by the Boar, members of security said they were unsure how many students were currently in the building and were unable to let anyone else in.

They also stated that any information they do receive will not be revealed.

Warwick SU released in a statement: “Our primary concern is for the welfare of those students involved, and Sabbatical Officers will remain in dialogue with both the University and those in occupation to ensure this.

“The students’ demands…are all supported by democratic mandate and SU policy.”

Peter Dunn, Director of Press and Policy for the University, stated: “We are aware of the occupation and are monitoring the situation.” 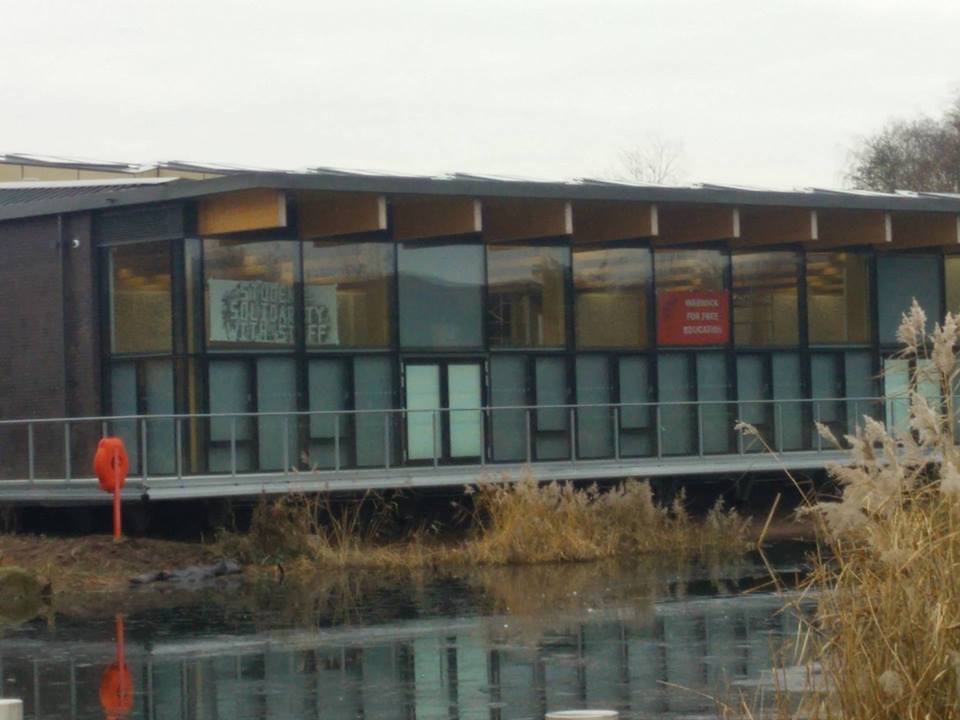