When Video Games are Dead on Arrival

Developers seem increasingly unwilling to support their games post launch. But is this acceptable in a climate of extreme hype and expectation?
Read More 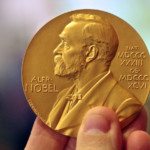 This week marked arguably the most important occasion in science’s annual calendar. Over the course of the last couple of days the 2016 Nobel prizes in Medicine and Physiology, Physics and Chemistry have been awarded to unsuspecting researchers around the globe. All recipients have conducted ground-breaking research in their respective...
Read More 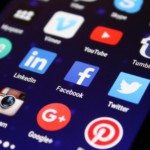 Student life can be pretty tough at times, so we set two of our writers the challenge of putting together eight apps that could make your new life a whole lot easier… YikYak This anonymous app allows discussion threads within a 5-mile-radius. It is essentially a massive group chat in...
Read More 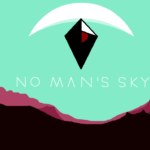 After many months of hype and a myriad of bold promises, No Man's Sky has finally landed. But has it lived up to expectations? Boar Games finds out for you.
Read More 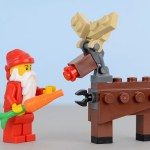 Christmas is coming, and that means that Santa can’t be too far off. Here at the Boar we’ve broken out the calculators to show you just how scientifically accurate incredible Santa really is. Assuming every household on the planet with children gives Santa a Tesco Traditional Mince Pie, Santa will...
Read More

Forget long-haul: this engine could change everything

Is the future here? Fans of Back to the Future have wondered this since the beginning of the year. But with no signs of Marty McFly or a properly functioning hoverboard, most would think that we’re still stuck in the past. Thankfully, 2015 has produced some developments in the form of accessible space travel. Reaction Engines Limited, an aerospace engineering company based in Oxfordshire, has recently received financial backing from both the British government and BAE Systems towards the development of SABRE, an engine which will act as both a jet and rocket engine.
Read More 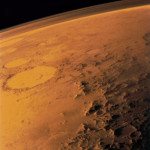 Water on Mars – but don’t get your hopes up

First New Horizons and the Pluto flyby, and now this – 2015 has been a big year for astronomy. In late September, NASA confirmed that they had found unambiguous evidence for the presence of liquid water on the red planet, albeit in small amounts. This does, however, add credence to the old theory that Mars was once covered in oceans, and could quite possibly point to life being found on what was formerly thought of as a dry and dead planet.
Read More 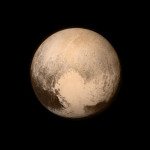 January 19, 2006. After much delay due to inspection and weather related difficulties, the New Horizons probe - aptly powered by plutonium - was launched on-board an Atlas V rocket. Its objective was to investigate the general geography and surface composition of both Pluto and its moon Charon, in addition to examining the atmosphere of each, if such a thing existed. Over the course of its mission, the probe itself has captured all of our hearts, exploding onto social media with the first detailed glance at the heart of our favourite dwarf planet.
Read More 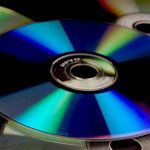 Scientists explain: How do CDs work?

Whether you like ABBA or Ed Sheeran, you probably have a few CDs tucked away in your house. CDs revolutionised the way data was stored back in 1982, and have been joined in later years by the DVD and Blu-Ray disc, which operate in a similar way. But how exactly do they work?
Read More 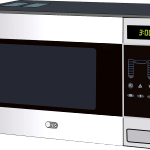 Ah, the microwave oven. Ever a staple of student life, this humble appliance is as iconic to our diets as the ready meals we devour so eagerly. However, whereas nearly all of the general student populace are familiar with how to operate one, it remains a relative mystery to the majority what happens inside that metal box.
Read More