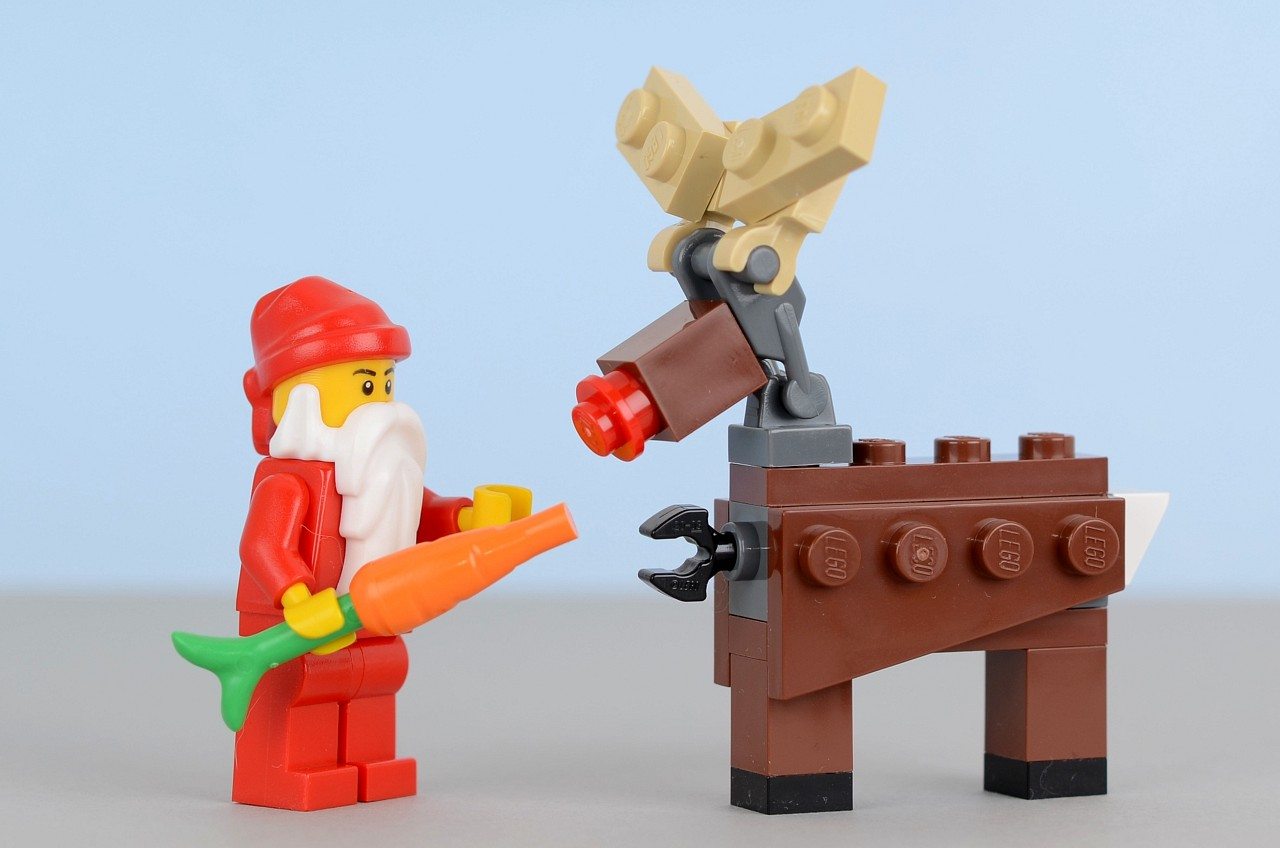 Christmas is coming, and that means that Santa can’t be too far off. Here at the Boar we’ve broken out the calculators to show you just how scientifically accurate incredible Santa really is.

Assuming every household on the planet with children gives Santa a Tesco Traditional Mince Pie, Santa will consume over 1.86×1011 calories, which is equal to:

Rest assured, he’d need to run for about 1.1 billion miles to burn that off (pun not intended).

Think you party hard? Santa will drink over 40.7 million litres of sherry this Christmas, or enough to fill around 16 Olympic-sized swimming pools! Not to mention that’s around 813 million units of alcohol…

According to the top toy lists for 2015, one of the most wanted toys is a Minions Talking Tumbling Stuart, weighing in at 1.27kg. This would mean that the contents of Santa’s sleigh would weigh over 2.4 million tonnes, equivalent to nearly 13,000 Blue Whales. It’s a wonder why this guy was never reported to the RSPCA…

In addition, if we were to not count the weights of Santa or the Sleigh, the power required to pull the sleigh would be 15.78 trillion (horse)power per Reindeer, which is more than 400,000 times that of a Space Shuttle. The Reindeer, either super powered or driven by slavery, would also have to pull the sleigh at over 1,800 miles per second. 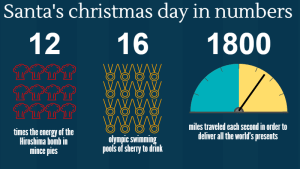 From all of us here at the Boar, we hope that you all have a very happy Christmas.