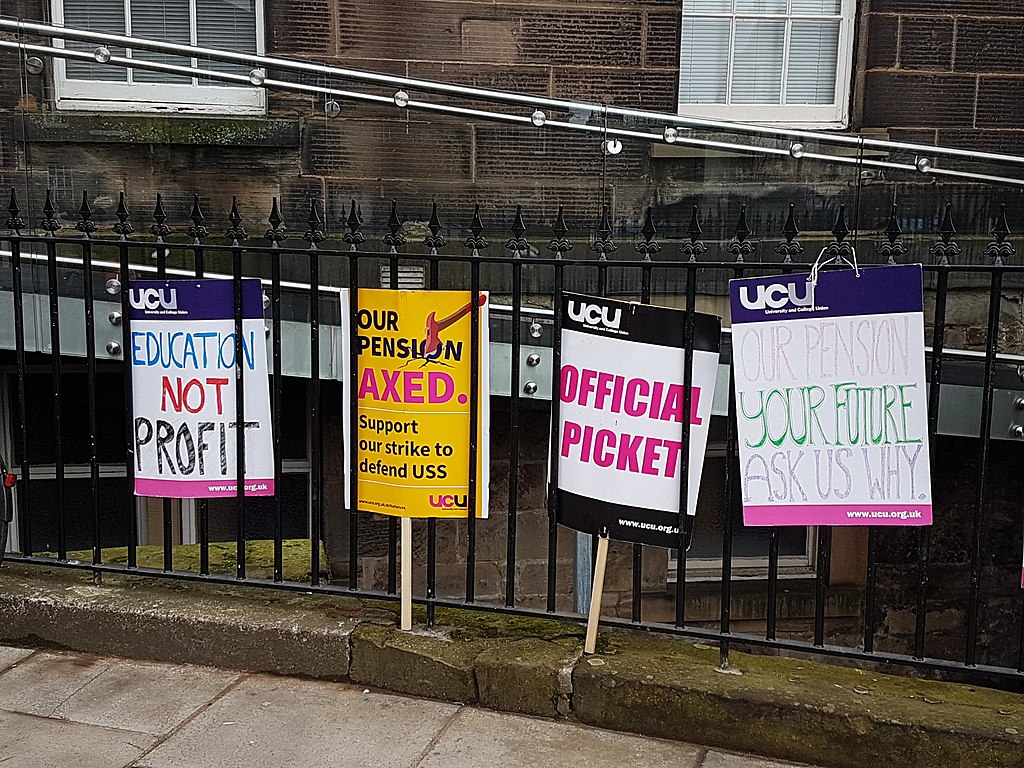 UCU to strike again in February and March

The University and Colleges Union (UCU) which represents more than 70,000 University staff across the United Kingdom will take a further 18 days of strike action in February and March 2023.

The strikes, which The Boar has calculated will bring the total cost of lost teaching to £1295 for Home students and £3788 for the average international student (assuming students had contact hours on every single strike day), follow three days of strike action in November.

The exact dates for industrial action will be announced this week. However, the UCU’s ‘2023 WINNING THE DISPUTE STRIKE ACTION STRATEGY’ published in December suggests the weeks commencing 13 February, 20 February, 13 March, and 20 March. There will also be a marking and assessment boycott from April which could heavily impact exams in summer term if the dispute is not resolved.

The strike comes despite the Universities and Colleges Employers Association (UCEA) making a pay offer for the 2023/24 pay settlement.  Lower-salaried roles would receive around 7%, while anyone earning up to £51,000 would receive at least 5%, with those earning more receiving 4%. 1.6% to 2.8% of this would be brought in early on 1 February 2023.

The offer does not relate to the settlement for 2022/23, a major part of the dispute, as the UCEA insists that the 2022/23 pay round is now closed. The UCU rejected the offer as they do not accept that the pay round for 2022/23 is closed as no negotiated settlement was reached. The UCEA instead implemented its offer for the 2022/23 pay round, despite the unions rejecting said offer.

The UCU also state that the offer for 2023/24 is also unacceptable on its own merits with general secretary Jo Grady arguing that it is ‘not enough’.

The UCU has also announced its intention to ballot its members again, allowing it to continue industrial action for the rest of the academic year. This could allow action potentially into September should the ballot close in March.

Raj Jethwa, the CEO of the UCEA, said: “The fact that UCU is not calling indefinite strike action is welcome, but their revised strike plans could still have a damaging impact on students. UCU needs to provide its members with a realistic and fair assessment of what is achievable, before giving them the chance to accept or refuse the highest HE pay offer made in nearly 20 years.

“These are significant financial risks for many HEIs who are unable to forecast with certainty their income for 2023-24 and, while employers have a great deal of sympathy with staff coping with financial pressures, none could offer a pay award that would get close to current levels of inflation.”

However, Jo Grady argues that ‘the clock is ticking’ for a better pay deal to be produced: “University staff dedicate their lives to education and they want to get back to work, but that will only happen if university vice-chancellors use the vast wealth of the sector to address over a decade of falling pay, rampant insecure employment practices and devastating pension cuts. The choice is theirs.”