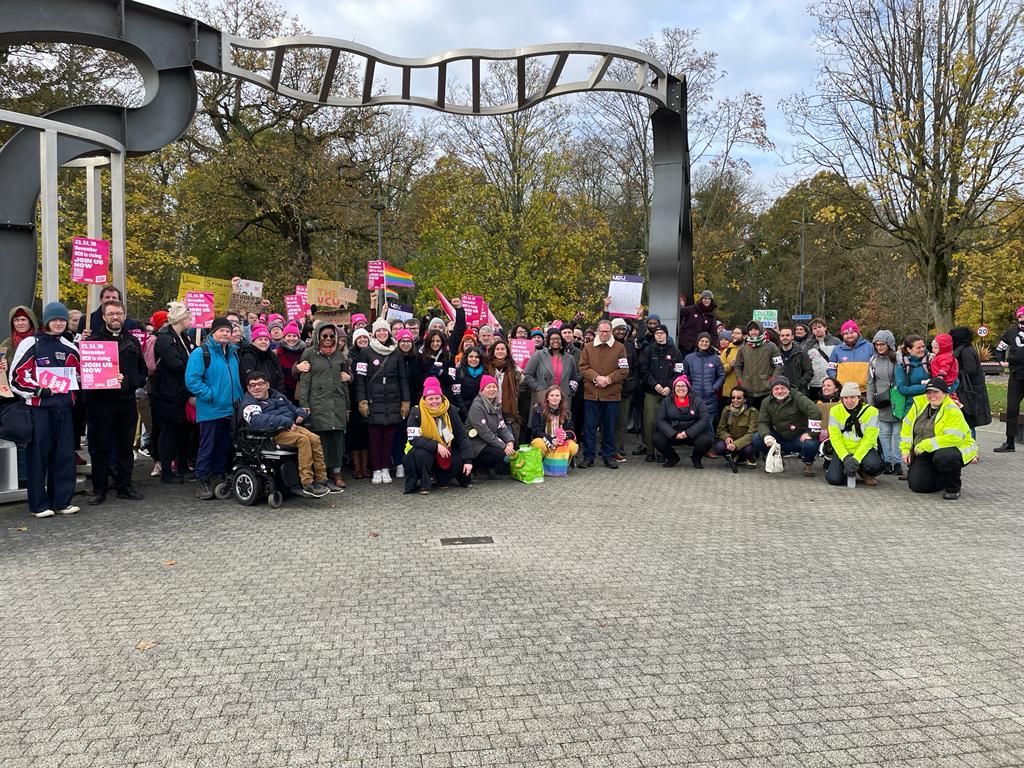 The University and College Union (UCU), representing approximately 70,000 University staff, is holding strikes at as many as 150 universities this week as members demand improved pay, working conditions, and pensions.

The strikes, which are taking place today, tomorrow, and 30 November, have widely been reported as the biggest yet by the UCU, with widespread disruption to teaching being anticipated at universities across the country, including here at the University of Warwick.

In the run-up to this, The Boar reached out to Charlotte Heath-Kelly, the Disabilities Officer and committee member of Warwick UCU, to try to better understand the reasons behind industrial action at Warwick from the perspective of the Union membership.

As a committee member at the ‘branch level’, representatives such as Heath-Kelly take any issues from individual department representatives, who are in closer contact with staff, to a ‘wider institutional level’ by raising and attempting to resolve disputes with the University directly.

The Union is largely made up of various professional services staff including but not limited to academics, lecturers and others. Many postgraduates who are involved with teaching are also part of the union.

Warwick Student Union (SU) recently announced its support for the strikes following the All Student Vote that took place earlier this term. The outcome of this vote found 73% of students that voted supported the UCU’s industrial actions.

The SU staff and representatives have since been mandated to support the strikes, whilst also helping mitigate the impact of said action on the student community.

The Boar has put together the following to try to help explain why the strikes are taking place at Warwick. This is not an endorsement of said strikes and the University of Warwick and other relevant bodies have been contacted to give them the opportunity to represent their views and positions.

The Warwick strikes – what to expect this week

According to the UCU website, strike action began on Wednesday 23 November, and includes: “Working to rule, refusing to make up work lost as a result of strike action, and refusing to cover for absent colleagues.”

Early this morning, 24 November, the strikes began at Warwick. Strikers, along with supporting students, protested outside the bus interchange until midday.

On the 25 and 30 November, disruption is expected to continue but the extent to which over the next week is currently unclear. This is in part because we do not know the scale of the Union’s membership at Warwick as these figures are confidential.

This is further complicated by rules that mean union members are not obligated to declare whether they will be striking.

For students, some lectures and seminars have already been disrupted, with some of the classes impacted not being rescheduled.

According to Heath-Kelly, on the days of the strikes: “We tend to congregate around the bus interchange area and you’ll see us with our placards, our bright pink gazebos”. Similar to this morning, they expect to be there from around 8:00am on the morning of the 30 November, and slightly later in the day on 25 November.

Heath-Kelly told The Boar that they will be doing “a bit of chanting” and that they “have teach-outs arranged” to take place within Warwick SU premises (as these are not University owned).

Teach-outs, Heath-Kelly explained, are sessions that discuss “issues connected to the strike, like ‘what is the neoliberal university?’ and ‘what is the alternative?’”

Heath-Kelly also made clear that people participating in the strikes “don’t get paid for these days” before going on to add that: “We wouldn’t do it unless we absolutely have no other option.”

Heath-Kelly proceeded to outline some of the UCU’s attempts to try to minimise the disruption to students.

What are the reasons for the strikes?

The main reasons for the strikes both nationally and at Warwick surround pension scheme disputes dating back to 2018 and 2019 (many of which were paused due to the pandemic), issues surrounding pay, and other disagreements regarding labour contracts.

Heath-Kelley told The Boar that “my pension is now 36% less than it was”, before going on to add that pensions are: “Part of your pay check that you just lose outright. It’s like deferred income.

“So to suddenly find out that the value when I retire is more than 1/3 gone is quite shocking and it’s really not going to be a lot.”

On the issue of pay, Heath-Kelly mentioned that: “Pay is now worth less than it was a decade ago, so significantly less. It is worth 3/4 of our pay in 2009”.

Kelly then went on to emphasise the Education sector’s “huge reliance on casualised labour” arguing that: “1/3 of all academic staff are on fixed-term contracts and that means just temporary contracts.

“This is quite a problem in the sector that when you come out of your PhD and you go into an academic job, you get temporary teaching jobs and it can be really hard to break through to get a permanent contract”, Heath-Kelly added.

Heath-Kelly also went on to highlight other inequalities such as gender, ethnicity, and disability pay gaps that have all further influenced calls for industrial action within UCU Warwick.

According to Warwick University statistics for the year 2020 (available here), the gender pay gap at Warwick is 19.9%, the ethnicity pay gap for those of Black ethnicity is 16.7%, and the disability pay gap is 14.8%.

When asked about whether these issues are unique to Warwick, Heath-Kelly stated that these were “universal” before going on to suggest that there are “wider structural issues” in how higher education is managed and funded in the country.

One area Kelly pointed to in particular was the: “Market-based system where universities are in competition with each other for recruitment for league tables”.

The University of Warwick’s position

One University of Warwick spokesman told The Boar: “The UCU strike action taking place across 24, 25, and 30 November will begin later this week at around 150 education institutions across the UK.

“Only around one in seven colleagues at University of Warwick are members of the UCU. That means the overwhelming majority of our staff will not be on strike and will continue to work as normal. Campus will remain open on these dates.

“We respect the legal right for staff to strike but are disappointed that industrial action is going ahead. We appreciate this will be concerning for our staff and student community and are committed to keeping this them informed.”

Are University staff underpaid and overworked?

It is unclear what the average wages are for staff at Universities, varying between education providers.  According to the job website Indeed, the average yearly salary for a Professor in the UK is around £69,000, with Faculty and Lecturers earning closer to around £35,000.

When we asked Heath-Kelly about whether University staff are underpaid and overworked, Heath-Kelly focused particularly on the issue of overwork: “So every university will have the same situation. We are not able to do our job within the hours we are paid to do it. It’s simple as that. It’s not possible to do it. Our contracts are technically 36.5 hours and that’s laughable.”

Heath-Kelly went on to highlight particular issues surrounding those early on in their careers: “You’ll find early career colleagues in particular who do most of this sort of seminar teaching, have quite heavy teaching loads. I mean, it’s not unusual for them to be working evenings and weekends as well.

“I know that when I was in that position when marking came in, it was easily 70 hours a week.”

Personal tutors form part of Warwick’s welfare strategy and act as one possible first point of call for students with concerns whether academic or welfare related.

Heath-Kelly commented: “With all our teaching, all of our students that we know who take our modules if we have 45 allocated to us that we need to see each term, how are you going to notice if something’s wrong? How are you [going to] be able to tell with that many students?

Heath-Kelly, and Warwick UCU, argue that the University management should be held responsible for the strikes with Heath-Kelly adding that: “Management can end this before it starts. They’ve had the power to end this for the last few weeks. All they need to do is make a serious offer on going back to our normal pension benefits.”

The University of Warwick, Warwick Student’s Union, and others have been contacted for any further comment.