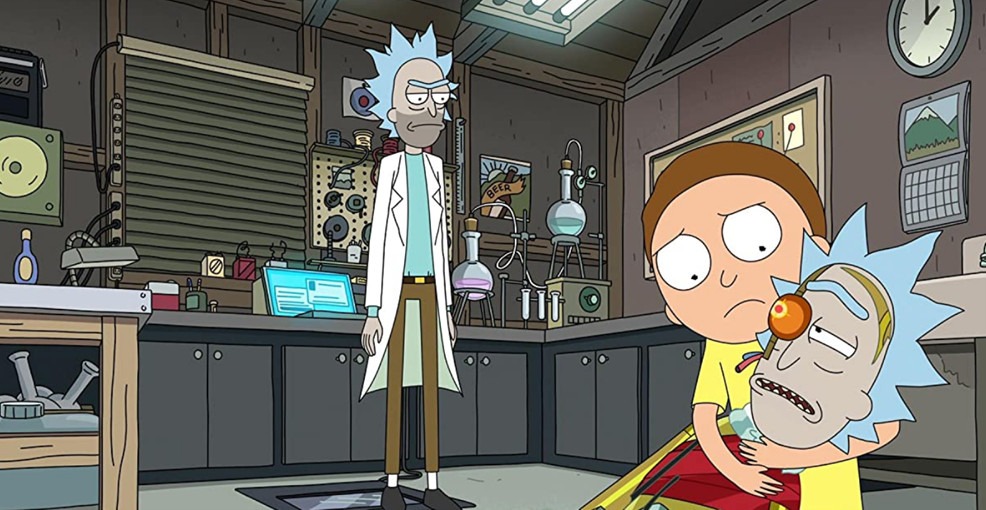 The festive season is upon us, and so Rick and Morty goes out with a festive episode of its own – the show’s first Christmas instalment, and one that wraps up a stellar sixth season. Does the final episode live up to those that have come before it? Mostly, yes – it’s a funny and occasionally heartfelt instalment that pushes the titular relationship to breaking point, but it does little to advance the overarching narrative in a way some fans may find frustrating.

It’s Christmas, and Rick has gone out of his way to get the family the perfect gifts, including an extended cut of Miracle on 34th Street for Jerry. Morty receives the thing he has always wanted – a lightsaber – and is thrilled to spend time playing with it in the garage. However, after accidentally dropping it completely vertically, Morty discovers many hidden layers to Rick’s underground lab and the secret of why Rick is suddenly so much nicer, shattering their relationship. As the lightsaber gets closer to the core of the Earth and threatens to destroy the planet, Morty must work with the President and figure out his feelings towards his grandfather.

Surprisingly and effectively, ‘Ricktional Mortpoon’s Rickmas Mortcation’ turns out to be a half-sequel to the previous episode and the Arthurian shenanigans, and it works well – the character growth there is thrown aside, but in a way that fuels even more growth in a different direction. I liked the ways that the kinder Rick was both further developed and sidelined, and it’s an approach that only a show with these rules could get away with. It’s good that the show develops as it does because the episode is otherwise a little light on plot – it doesn’t go particularly far with the lightsaber storyline, and thus fails to hold your attention in itself.

Although the story is a little slim in itself, it’s a launchpad for a brutal interrogation of Rick and Morty’s dynamic

This episode mostly ignores the family, a shame given their increased prevalence throughout the season, but it does bring back Keith David as the President, and his is a vocal performance that always shines. He gets a lot of great lines, made all the funnier by David’s deep serious voice, and he gets to step into a different place as the Rick-Morty relationship struggles. There’s a genuinely heart-breaking scene as Morty breaks down, and there’s some good emotional content packed into an episode full of gags that mostly land (although some of the Star Wars gags are a bit weak). I like the character-driven humour, though, and with the episode of a single decision by Morty that did not feel in-character at all, this episode delivers.

So, what to make of this festive outing? Although the story is a little slim in itself, it’s a launchpad for a brutal interrogation of Rick and Morty’s dynamic, and one that allows a number of great gags (and space for the always-hilarious President). It does the best part of nothing with the Rick Prime story arc, other than setting it up for the future, and that’s a little bit of a shame, but it promises an interesting run ahead.

‘Ricktional Mortpoon’s Rickmas Mortcation’ also marks the end of the show’s sixth season, and it’s one that I’ve really quite enjoyed, as you can see throughout my reviews – it tended to stick with the one-off adventures with hints of serialisation in the background, and it’s a style that mostly worked. This episode ends with a hint as to the potential overarching story going forward, although I’d be surprised if Rick and Morty doesn’t do more of the same in terms of mostly self-contained episodes. Frankly, I would not be unhappy with that, on the strength of this run, the first Rick and Morty season without a real dud.