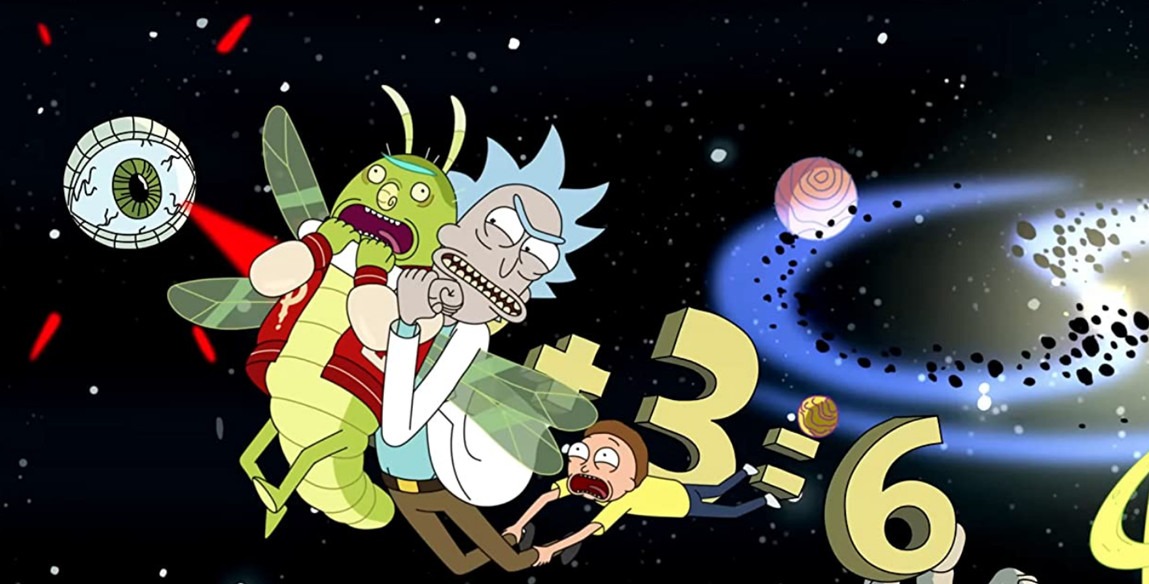 Rick and Morty’s sixth season is back for its second half, and that’s very exciting news. If you’ve been following my blogs, you’ll know that I was a big fan of the inventiveness of the first half, and I particularly loved the mixture of intimate family stories and a focus on serialisation. However, when we wrapped up, Rick had figured out portal travel once again, and it meant that the second half might jettison the routine and leap into more zany adventures. That did not materialise here – instead, we got an episode full of meta about the processes of storytelling, and your tolerance for it will depend entirely on how much fourth-wall-breaking you can stomach.

Nothing is dwelled on too long, and that’s for the best – there are some great blink-and-you’ll-miss-them gags

Previously on Rick and Morty, a lot seems to have happened – Summer is pregnant, Rick and Morty go on an adventure with Jack the Ripper and solve a murder with Tony Hawk, Jerry is dead, and Beth is arrested for his murder. But for Rick, this doesn’t sit right – he grows suspicious of this reality, and swiftly learns that a meta-narrative creature known as Previous Leon has attacked them, using poison to drain their unused potential. In order to catch him, Rick and Morty head into a world where narrative gimmicks reign, unfolding before their very eyes, and they come face to face with an old enemy, ‘Never Ricking Morty’s Story Lord (Paul Giamatti).

The Story Lord is a good place to start because this episode is a sequel both narratively and stylistically. If you enjoyed ‘Never Ricking Morty’, then you’ll love ‘Full Meta Jackrick’, for it’s a similar interrogation of Dan Harmon and Justin Roiland’s writing processes. Nothing is dwelled on too long, and that’s for the best – there are some great blink-and-you’ll-miss-them gags when Morty wears Rick’s meta glasses, and each member of the Self-Referential Six (a genius premise) appears for a chuckle and is dealt with. There are great lines here, and they land mostly because the episode never lets up the pace.

Even by Rick and Morty standards, this is an inventive episode, and I think even its harshest critics would fail to not get a few laughs out of its surrealism (although, as Rick notes, the whole thrust of the episode is inherently “not a likeable premise”). There are few shows that can script and realise such creative concepts on screen, and kudos to the writers and the art department for producing such a beautiful and clever episode. There’s an episode’s worth of material in the ‘Marvin’ joke, and yet it’s presented to use in a few seconds and each one of them lands.

However, a combination of meta gags and never letting up translates into an episode that is hard to really engage with. The narrative hook isn’t that accessible (if you know nothing of Joseph Campbell in particular, you’ll really struggle), and there’s a feeling that much of what we see is ultimately inconsequential anyway. As Story Lord engages with his creator and learns that he’s just the poorly-written creation of a mediocre writer, there’s a lot of opportunity for the real writers to poke fun at both critics and the pains of the writing process, and they do both – but it doesn’t disguise the fact that the character is a bland one in his own right, and the episode does sag a little when he’s onscreen.

I enjoyed ‘Full Meta Jackrick’ but, unlike most of the other episodes this season, I’m in no hurry at all to watch it again. This is an episode that I can sell, or not, on a single question – how much do you enjoy meta-commentary? If the answer is a lot, make sure to check it out. And if not, give it a wide berth, and hope that we return to a more traditional episode next time.