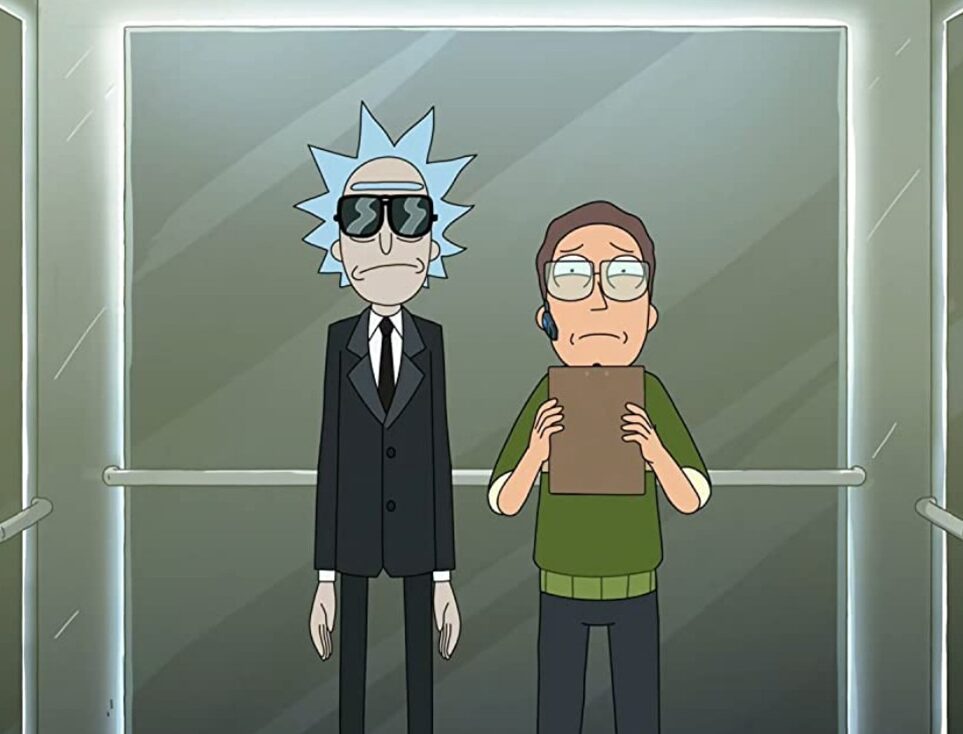 We’re halfway through this sixth series of Rick and Morty, and the writers have not turned in a bad episode – stripping the portal gun from Rick and forcing more grounded adventures has really benefitted the show. ‘Final DeSmithation’ is not going to buck the trend, providing a lot of laughs in an inventive premise, and one that focuses almost entirely on the show’s best dynamic. That’s right, everyone – it’s a Rick and Jerry episode!

The Smith family head out for a meal at a Chinese restaurant, and their food is capped off with each of the family enjoying a fortune cookie. Whereas most of the family get mundane fortunes about life, Jerry’s is oddly specific – the cookie predicts that he will soon have sex with his mother. Jerry is freaked out, and his mood isn’t helped as the family teases him mercilessly about his perceived fate. But Rick is a little more concerned, freeing Jerry from a family trip to the zoo in order to investigate his odd fortune, discovering a surprising conspiracy and attempting to save Jerry from his mother’s visit in the process.

I’m always singing the virtues of Jerry – his cracking lines, and an always endearing and hilarious performance by Chris Parnell. So another Rick and Jerry episode is very welcome, especially as the last one (series three’s ‘The Whirly Dirly Conspiracy’) is now more than five years old. It’s incredible to see how much that relationship has evolved over the series, and Heather Anne Campbell’s script gives Jerry a lot of agency (in his own way) and brilliant lines. I love the character, and I’m loving the increased focus on him in this series as the adventures remain closer to home (including a horrific reference to Sleepy Gary that’ll please and, I’m sure, upset long-time fans).

(why is there so much incest stuff in this show all of a sudden?)

We cover a lot of ground in the show’s 22-minute runtime, starting off with a little character piece around the house (why is there so much incest stuff in this show all of a sudden?) and then evolving into a grand global conspiracy in a manner that feels entirely logical and earned. There are a lot of great gags along the way – Jerry’s discomfort with the idea of putting his penis in a cardboard box, a very low-tech solution by the show’s standards, and a reference set up in the first half of the episode that is paid off beautifully at the climax. For once, the end-credits scene didn’t really land for me, but I’ll forgive it as it’s a lot of storyline presented and wrapped up in under a minute.

‘Final DeSmithation’ takes advantage of a clever premise to set up some elaborate and creative fight sequences – this is, of course, nothing new to the show, but I really liked the idea that manipulating fate can skew battles in your favour. In any other show, it would take a lot of groundwork to make the premise even vaguely sensible, but here, it works a treat. There are so many ideas thrown at you in such quick succession, and the resolution to a conflict with a businesswoman parody with unattainable goals is clever and hilarious.

I’d recommend ‘Final DeSmithation’, and I’m thrilled that Rick and Morty has really got into a groove at its halfway point – the show’s customary inventiveness and humour are still on show, but the character work has been even greater this time around. The evil Morty storyline promised something new for the show, and it has delivered on that potential. Of course, playing your biggest trump card in more Jerry is always going to go down well.