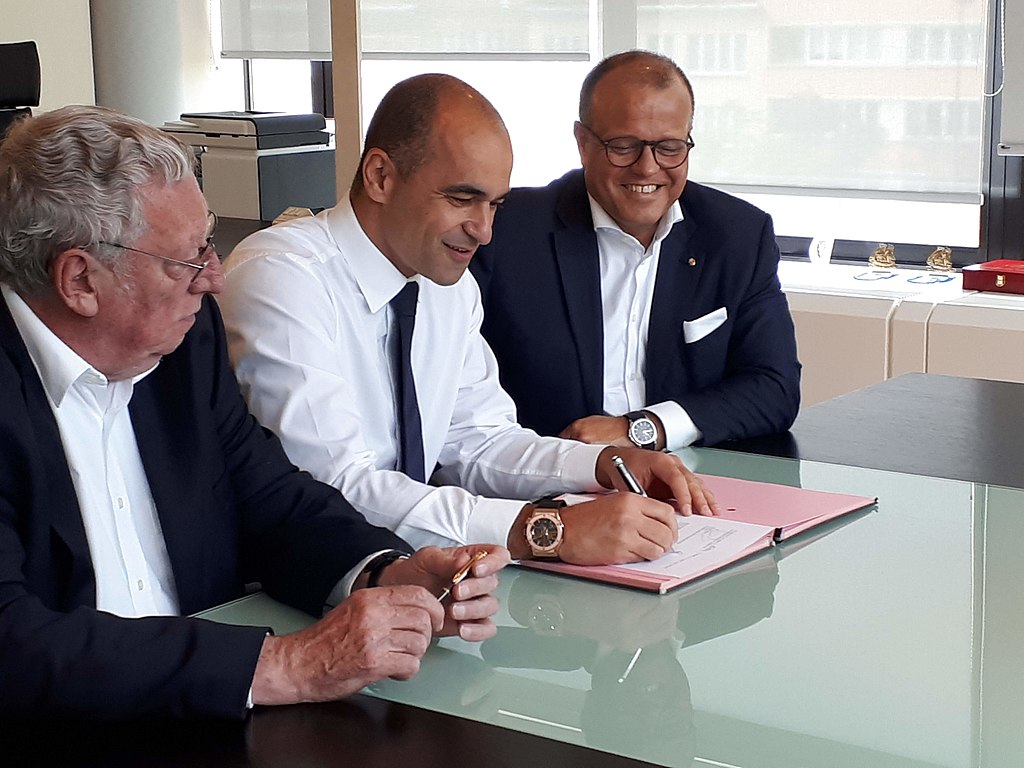 Portugal’s new head coach: A chance at redemption or recipe for disaster?

Portugal fans are now preparing to go from a manager that won them their first-ever major trophy in quite spectacular fashion to the former Everton, Belgium and Wigan boss Roberto Martinez. Following his expected resignation from his post as manager of Belgium, Martinez is considered a worthy addition to a long line of failed coaches to come out of Wigan Athletic. The manager comes to this squad with a win percentage of just 41.59% across his career and accompanies other managers among this school of Wigan coaches, including Steve Bruce and Paul Jewell. This ailment of British coaching styles has influenced many of his teams in the biggest competitions. However, whether this influence will extend to his management of Portugal remains to be seen.

During his time, he retained status as a brand of manager that was able to attain relative success in the lower leagues but was seemingly unable to positively influence some of the biggest clubs and, more suspiciously, was allowed the opportunity to do so. For most of his career, Martinez had remained in the lower dregs of British football, along with a disappointing gig in charge of a once-promising Swansea side. Only recently had he acquired jobs as manager of Everton, Belgium and now Portugal.

Sports journalist Fabrizio Romano first broke the surprise revelation with a tweet at noon on 9 January. Ultimately, It will be interesting to see what Martinez will do now with a Portugal squad in relative crisis. They will likely soon lose a key player in Cristiano Ronaldo, with speculation already looming over the fate of a player that has single-handedly won teams some of the most incredible honorary cups and trophies in world football, especially knockout tournaments for his clubs and country. Whatever his decision, it will always come with scrutiny, although for now, Ronaldo is in the manager’s plans according to what he said at his first address.

We can look specifically to Ronaldo’s influence and his guidance of Portugal to an unlikely 2016 Euros win. Portugal beat the likes of Croatia, Poland, and Wales in their progression through the tournament and eventually beat soon-to-be World Cup winners France in the final. However, unfortunately, the Portugal team of 2016 is all but a distant memory for fans hailing from the West of the Iberian peninsula.

Martinez came out of this most recent World Cup with a much worse reputation than going into it with an unimpressive exit at the group stage and disappointing losses to teams that, in all respects, they had more than enough talent to beat. The Belgian squad that Martinez left behind was far worse off than the one he had inherited from former manager Marc Wilmots. Many great players include Kevin De Bruyne, Radja Nainggolan, Axel Witsel, Mousa Dembele, Eden Hazard, Dries Mertens and Romelu Lukaku. Those players remaining in the squad were once considered significant assets to their side. Now, they are mere functionaries in a squad of disappointment. A team of great promise once ranked first in the FIFA Men’s World Ranking for four years in a row, a feat never once achieved in the rankings’ history since its inception. However, this was a peak in the manager’s career as he achieved a third-place position at the 2018 World Cup. Arguably, fans and neutrals expected more of this golden generation. As of 2022, Belgium still occupies the fourth position in the table despite their early World Cup exit. Paired with this is their disappointing exit to the eventual winners of the Euros, Italy, in the quarter-finals in 2021.

This Portugal side is arguably rejuvenated with the integration of youth to the side, containing a band of expressive, creative players and a greater depth to the team in general. The likes of Vitinha, Rafael Leao, Goncalo Ramos, and Ruben Dias are players that will remain at the heart of this team for years to come. Arguably there is much promise around this Portuguese squad, with a new start afforded to them with the nearing closing chapter of Ronaldo’s career. It will be a show of character of how Martinez goes about dealing with such an influential player’s inevitable departure and how he can shift and prepare this squad to accommodate his loss.

Roberto Martinez tactically favours a three-back. That is generally defensive overall, with a low line of defensive engagement and a low line in midfield. However, he allows for a high line of engagement, specifically for a lone striker with limited mobility and involvement in build-up play and for wide players that play behind the central midfield four dropping into the middle of the pitch. This particular style of play has persisted throughout his managerial career from his days at Wigan up to now. It seeks ultimately to exploit its talented and experienced passers of the ball, such as De Bruyne and Youri Tielemans, who have the vision to find wider players while stretching out teams and beating teams in the midfield, one of their significant assets. Meanwhile, Lukaku acted as a target forward or a poacher, spending most of his time in the opposition half and having limited touches per game, a role undertaken by all Belgian strikers rarely playing in deep.

75% of the national team fans were unsupportive of the appointment

Portugal’s attacking options currently, however, with the likely absence of Cristiano Ronaldo at future tournaments following his poor performances for Portugal as of late, see Jota as a comfortable poacher but arguably lacks the technical ability and physicality required to play the role consistently and on the biggest stage in world football. Therefore, it is almost a likely requirement for Martinez to adapt to this crop of players instead of persisting with tactics that do not befit the squad he has currently.

Martinez’s defensive playstyle is uncomplimentary to the current Portuguese players who played a four-back system at this last world cup, in which Martinez dabbled. However, despite this revelation, Martinez could create a tighter defence, a significant chink in the armour of their game that Portugal has been exploited through continuously.

This weakness exposed itself throughout the tournament. However, in a decisive moment in the first half, Portugal allowed much time for Moroccan players to play down the left-hand side of the defence. Their slow tempo and low press allowed the looping cross that perfectly set up Enyesri’s goal to send Portugal out of the tournament in the early stages.

Portugal has many great attacking talents, and players in Santos’ system had explicit freedom, which allowed flowing attacking play. However, at the expense of an assured backline with wing-backs committed to getting forward, left the ageing Pepe and Dias getting the team out of dangerous situations essentially left to bail the team out. Moreover, without a world-class defensive-minded midfielder ultimately led to Portugal’s downfall and insecurity in defensive situations.

As football often does surprise us, Martinez could prove his worth as a tactician and play to the strengths of a team that is necessarily young and mouldable to new ideas and styles of play that could ultimately lead to his first taste of international glory. New playing styles could be welcomed. However, despite the solidity Martinez can provide, it is my belief and of fans of Portugal that he does not have longevity, consistency, or the ability to deal with prominent personalities. Martinez has experience with big personalities from his time in Belgium and guided them to a third-place finish at the 2018 World Cup. However, despite this feat, many pundits and football fans in general felt that this Belgian squad had the potential at one point to create success on the international stage.

That did not happen for them. Moreover, he plays a wholly negative style of football. There seems little to be excited about when it comes to the appointment of Martinez.

Portuguese fans have reacted to the news with utmost animosity. Bola, a popular Portuguese newspaper covering general sports, conducted a newspaper poll and recorded that 75% of the national team fans were unsupportive of the appointment. Other fans have taken to Twitter to say that this news is worse than “Ronaldo doing the interview”.

Despite this, Martinez wants to create a shared understanding and cohesion among the team. In his unveiling, he spoke of a desire to “contact all 26 players […] at the last World Cup”.

Despite the negative response, Martinez’s message to Portuguese fans was that he was confident despite the “great expectations” and that “together we will achieve our goals”. On top of that, he has complete backing from the Portuguese Football Federation (FPF) for his “enthusiasm and ambition”.