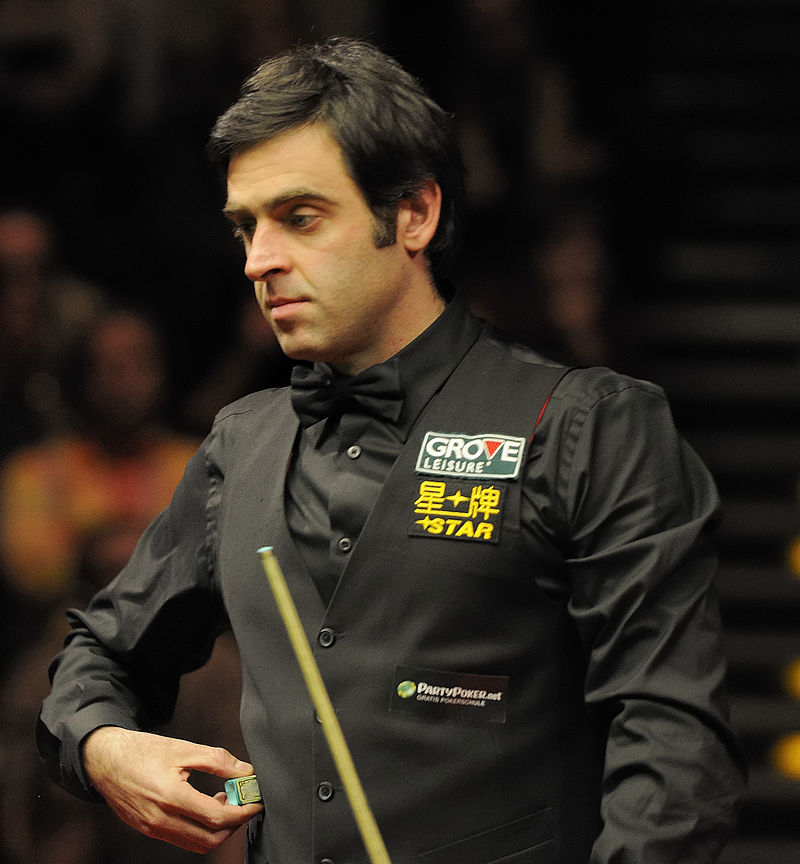 Defending champion Ronnie O’Sullivan began his World Grand Prix title defence in style, with a ruthless display that eliminated opponent Barry Hawkins 4-0. O’Sullivan got off to a roll with a century break, and never looked back from there, swiftly compiling high breaks and punishing Hawkins mercilessly for any mistakes.

Things began with a small safety battle, and although O’Sullivan won, he missed his choice of red. He lost the white and then missed a tough black, leaving his opponent an easy starter. The table didn’t look conducive to a big break, but O’Sullivan floated around it, converting it into a 108 to take the first frame.

A long red gave O’Sullivan the initiative in the second frame, with much of the break concerned with the question of when and how he would split the pack. It wasn’t the greatest split, and he found a few reds, but then he opted to play safe after nearing the finish line. He left the white in the baulk area, with Hawkins facing safety or a difficult starter. He tried the latter, and didn’t get it, effectively gifting the frame to his opponent. Breaks of 52 and 64 made it 2-0.

O’Sullivan played well, and by the time he reached the colours, it was clear it was game over

Hawkins needed chances to make something happen, and O’Sullivan gave him two in the third frame. The defending champion found a shot to open the pack, but he missed the pot – the balls were open, a significant opportunity to Hawkins. But he swiftly sent a red into the right-middle jaws. It looked like it would be 3-0, but O’Sullivan made an unexpected miss on frame-ball red gave Hawkins a chance he never expected. But he totally failed to capitalise, missing an easy red and letting his opponent clear up. It had not been three-quarters of an hour, but O’Sullivan was already one frame from victory.

Hawkins had to do something to keep his hopes alive, and a safety battle in frame four seemed to give him a wind. He’d established a 47-23 lead and he seemed in the ascendancy, but he blinked first. Both men struggled to put the frame to bed, but Hawkins simply missed too much and too many balls he should have potted – O’Sullivan played well, and by the time he reached the colours, it was clear it was game over.

As a result of the win, O’Sullivan sets up a clash with Noppon Saengkham, who advanced into the next round earlier that day by being similarly dominant against Mark Selby. Outside of an impressive 71 break, Selby never really had a chance, as his opponent made two centuries on his way to a 4-1 victory.