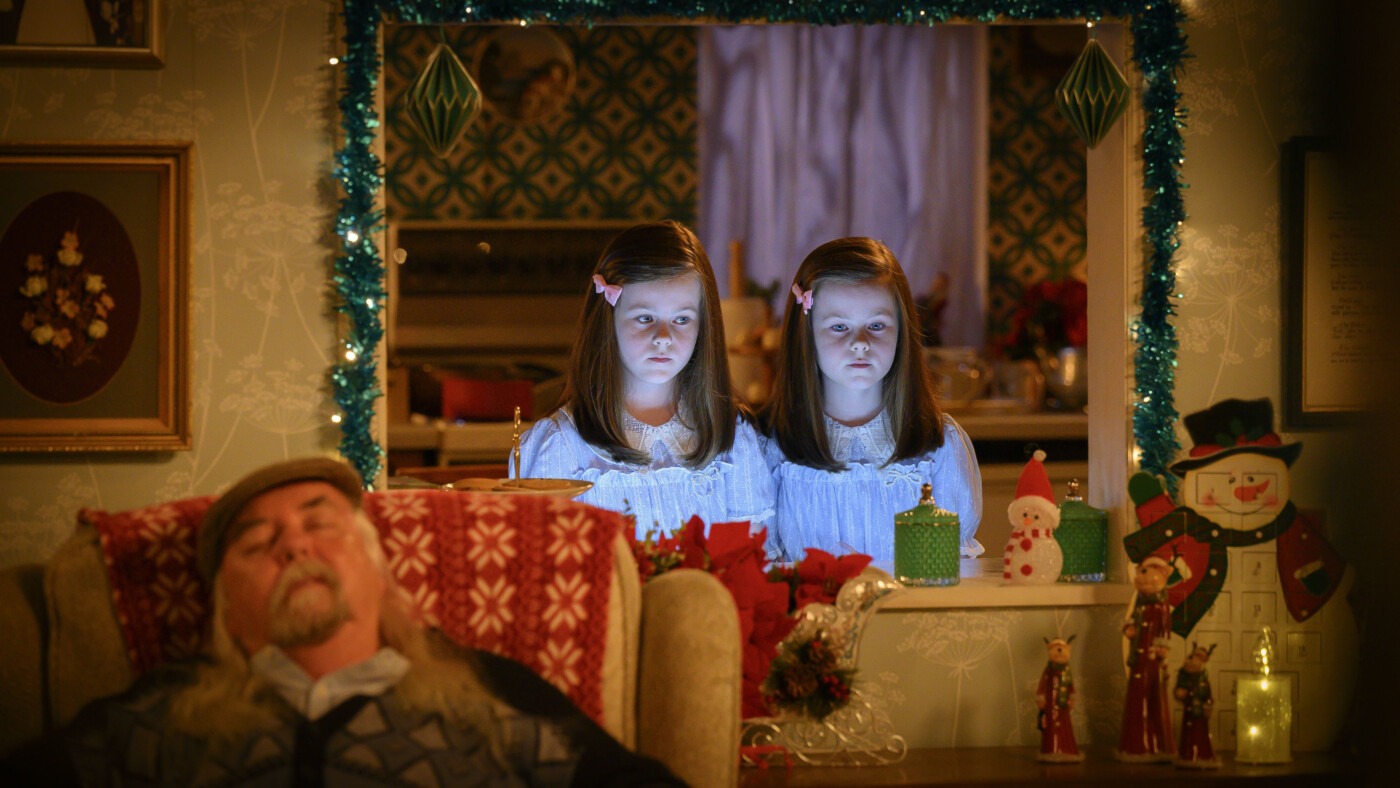 Whether or not you like it, Mrs Brown’s Boys has become a festive tradition on the BBC. Each year, Brendan O’Carroll’s sitcom returns with a couple of outings, and this year was no different – we had two new episodes, a Christmas and a New Year special, which took us back to Finglas. Sadly, the festive instalments this time round tended more towards the side of the show’s detractors – the Christmas episode was dreadful, but the New Year’s one was decent enough. Even for fans of the show, both of Mrs Brown’s Boys’ offerings of 2022 were tough watches.

The Christmas episode, ‘Shining Mammy’, saw Mrs Brown (O’Carroll) learning that Cathy (Jennifer Gibney) had a new boyfriend, a strange Englishman named Boris (Phil Cornwell). Not everyone is convinced that he’s right for Cathy, and after Winnie (Eilish O’Carroll) raises her suspicions that Boris might be a vampire, Mrs Brown is inclined to agree. A last-minute mix-up means that Mrs Brown must babysit Boris’ two children during a date night, who terrify her, while she clashes with grandson Bono (Jamie O’Carroll) and his new environmentalist views.

An interesting The Shining reference is an inspired choice, but it doesn’t salvage the half-hour

For years, critics have derided Mrs Brown’s Boys as staid, past its prime and painfully unfunny, and each of my reviews has tended to disagree – while it’s far from the most original show on TV, it’s normally good for a few laughs. But ‘Shining Mammy’ was the first episode to make me agree a little with that assessment. There are few laughs to be had here, and they’re minor chuckles rather than the proper belly laughs the show previously inspired. Familiar jokes – Mrs Brown and Granddad verbally slating each other, Buster’s Christmas tree – don’t land, and there’s a sense that the ideas are running low. An interesting The Shining reference is an inspired choice, but it doesn’t salvage the half-hour.

It transpires that the episode was a two-partner, but there’s no actual hint of that in ‘Shining Mammy’, and so it just limps along and then peters out. There’s less a story here than a collection of scenes, none of which are particularly interesting or funny. The scene in which Mrs Brown slates Bono for believing that her generation did little for the climate is especially unwatchable. There were some good points – Eilish O’Carroll continues to be the stand-out as the confused Winnie, and the closing message about friendship is an important one – but ‘Shining Mammy’ does not come recommended.

Can the New Year’s iteration return to form, or will it compound the negative reviews? ‘Mammy’s Hair Loom’ saw a number of plot threads come together. Cathy is still with Boris, and more and more members of the family have started thinking that he’s a vampire. Dermot (Paddy Houlihan) and Buster (Danny O’Carroll) decide to try and save her, using Buster’s vampire-killing knowledge as a starter. Elsewhere, Father Damien (Conor Moloney) is called away to tend to a bunch of depressed chickens, and there’s panic in the house as Mrs Brown thinks about getting her family heirloom – an antique vase – valued.

You need a taste for slapstick, of course, but it does the job

This episode also boasts many of the familiar jokes – fights between Mrs Brown and Granddad, and Dermot and Buster in an unusual costume (the two most obvious), but it actually works here, especially mixed with some left-of-field gags including Father Damien’s approach to the chicken problem. You need a taste for slapstick, of course, but it does the job. ‘Mammy’s Hair Loom’ did something that ‘Shining Mammy’ failed to do – make me laugh a few times. Admittedly, not every joke lands (there’s a familiar cracker joke about a chicken in a library that was barely funny if you’d heard it before), but sometimes familiarity is what you need. After all, if you don’t know what’s happening to that vase the moment you see it, you’ve never seen a sitcom before, but that doesn’t make the aftermath any less enjoyable.

I’m not going to insult you and claim that Mrs Brown’s Boys is the funniest thing on TV, far from it – indeed, given that the crew essentially had a year to put these two episodes together, it’s disappointing that the quality is still as low as it is. I enjoyed the second of the specials, but it’s hard to recommend these two as a package, even if you’re a fan. It doesn’t seem that the well of inspiration has run completely dry, but on the back of these episodes, we must be getting somewhere near the bottom.