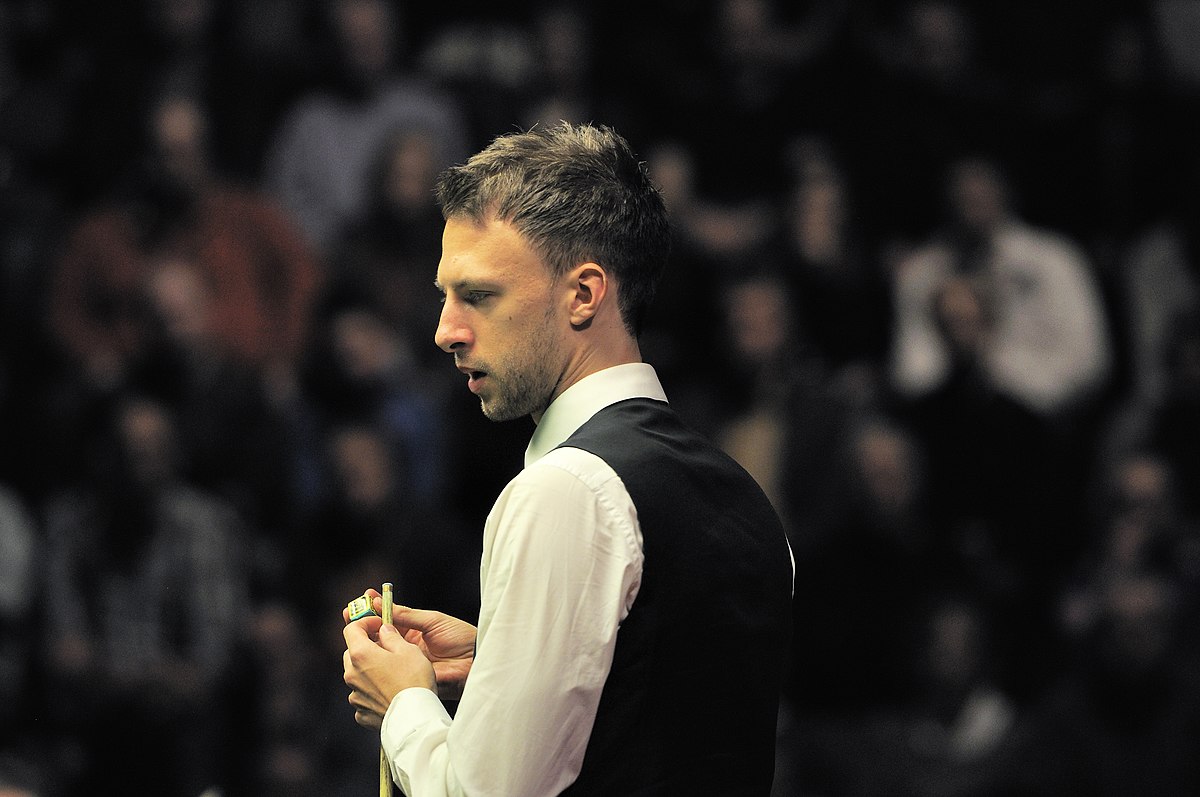 The day is here – it’s the final of the 2023 Masters, and we knew that either Judd Trump or Mark Williams would lift the trophy. Williams had played some superb snooker to get there and, 20 years after his last Masters final, he had the chance to become the oldest-ever Triple Crown winner. Trump, to be charitable, kind of limped to the final, but he made it, and he hoped to add a second Masters title to his collection. Only one would be Masters champion this year – who would it be?

It was first blood Williams – Trump left a red off the break, and the Welsh player fashioned a total clearance of 138 to put the first frame on the board. It took a few visits for Trump in the next frame, but after winning the safety exchanges on a red, Trump had the points to level. The third frame began much like the first, Trump leaving a red and off the break and Williams potting it. But this frame was far scrappier, with both players having a lot of visits to the table in the hopes of building a lead. A surprising Williams miss eventually gave Trump the chance he needed to win the match. Williams found some superb shots to give himself a chance, but after missing a cut on the yellow as it sat in the right-middle pocket, he gifted Trump an open table – the Englishman made 106 to go to the interval 3-1 ahead.

Williams had the first chance in the fifth frame, but as he went to open the pack, he caught the jaw of the middle pocket and had to play safe. The Welsh player had a healthy lead, but Trump was forced into a long pot, got it, and built a 78 break – he now knew that, at worst, he would be level with Williams heading into the evening session. A good pot gave Williams a chance, and he made 40 before a split on the reds went wrong. He played safe, Trump gave him an opportunity, and he responded with a century clearance of 100.

It was the same story for Trump and Williams in frame seven, with both players giving the other a chance after a split on the pack went wrong. Williams was close to the finish line, and then he fluked a red off the brown to get within one. The Welsh potter tried to make a double happen to get a break going – it didn’t happen, and he left Trump a starter from which he made 89. Heading into the evening, it was 5-3 in Trump’s favour.

Once Trump’s split on the pack went well, it looked inevitable, and a break of 126 made it so

In the evening, Williams needed to come out fighting, and he did – in three visits, each kickstarted with an excellent long pot, he established the points necessary to put the first frame of the evening on the board. Trump made 66 in the next frame, and was essentially at the frame ball, when he overran on the colours. Williams needed two snookers, and fought on for them, but a long pot by his opponent made it 6-4. Trump played some aggressive safety in frame 11, then attempted a double – it went wrong, leaving Williams an easy starter from which he won the frame. The 12th was a cagey affair, and Trump opened the table with an excellent plant, opening the reds and being very unlucky to block the green he played for. Trump missed a long pot – Williams had a similar shot and got it, making a frame-winning break of 52.

Trump’s lead was gone – at the final interval, it was 6-6. It was essentially a best-of-seven now, and it was still either player’s game.

The reds were open early in frame 13, and both men knew the first one to get in was likely to win. That was Trump, until he played a cannon on the pack that left him on nothing – he played safe on 17. Another great long pot gave the chance to Williams, but he too broke down on 39. A small safety battle ensued, but Williams found the shots required to win the frame and go into the lead for the first time since frame one. There was a much longer safety exchange in frame 14 – Williams won, but was unlucky to only score one. Trump had a great chance, but broke down on 32. Things were getting nervy – Williams overran and missed, then Trump left a red in the bottom-right corner for his opponent. The frame kept going, getting longer, and there were more and more misses – whoever won would have a lot of momentum. Trump won a long safety exchange on the final red, and then had the upper hand in a long exchange on the green. Soon, it was 7-7, after the longest frame by far.

It took two visits, but breaks of 29 and 107 swiftly saw Williams re-establish the lead. The Welsh player played a shot to nothing in the next frame, and could only leave the red he played – he did, and Trump swooped in. He looked like he was getting into a rhythm, before missing a surprising red on 19. Williams made a tough plant, but went in-off, giving his opponent a chance, which he couldn’t take, making just a single point. It was a great chance, but Williams misjudged a split and got stuck in the reds – after a battle, Trump produced a double of his own to win the frame, and level at 8-8. It was now a best-of-three, and there was still nothing to separate the two.

Frame 19, and Williams missed a tough long red, giving Trump the first opportunity. He made 59 until he ran out of reds, and was forced to play safe. Williams found a pot, and attempted a counter-clearance, until he accidentally snookered himself at 40. He tried a double, missed it and left it. It came down to the final red, and after Williams left it escaping a snooker, Trump was one from victory. Williams produced a great long pot to get the first chance, but a split on the pack gave him nothing – he attempted an awkward pot, missed it, and gifted a chance to Trump. Once Trump’s split on the pack went well, it looked inevitable, and a break of 126 made it so.

It was a stunning result. Trump has played far from his best all week, and only made it through the first two rounds through luck and some poor play by his opponents. But he produced the goods at the end when it really counted, defeating Mark Williams 10-8 to win his fourth Triple Crown title and his first event since the Turkish Masters last year.